We saw these pictures on the internet and they inspired us to build our new Toss Up Robot.
These will be our only clues. 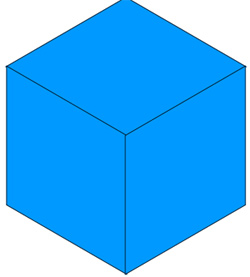 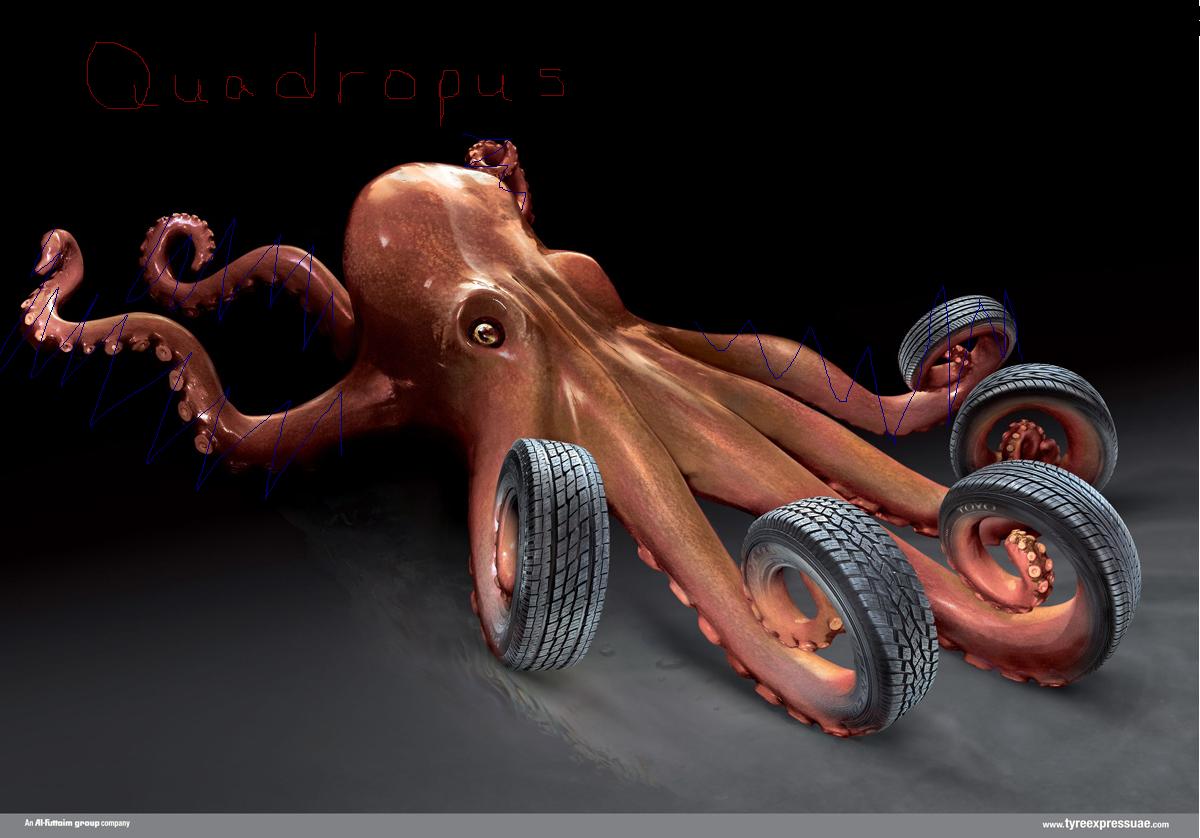 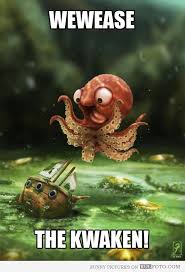 4 bar since all but four of the tentacles are scribbled out. With an elevated 4 wheel 6 motor drive.

quadropus … i am guessing it has quad encoders on it … but seriously, give a little more of a hint please … :rolleyes:

but seriously, give a little more of a hint please …

These will be our only clues.

I’m guessing that it’s a wallbot that starts out as a cube, then has four extensions that shoot out. I’m guessing two of them are walls to block a section of the field off from the other team and contain large balls, and the other two extensions cap the stashes.

I saw that Owen was close on his description. Why do you have an extension that blocks your partner? I do think it is cool that you have a mini efficiency bot come out.

The hanging zone wall is purely for the protection of our partner. Without it, they’re stuck in a 2v1 where they’ll get defended to death. Owen missed the part about the two mobile robotic bases that come off our robot

I think Karthik’s jaw may have actually hit the floor when he saw it expand today.

The hanging zone wall is purely for the protection of our partner. Without it, they’re stuck in a 2v1 where they’ll get defended to death.

that is why I asked.

Didn’t absolutely nothing deploy except the wall to block them in?
Also is that the only wall you can’t drive over because several robots yesterday had no trouble driving over wall into goal zone.

Well seeing as it’s your robot it sort of is your fault.

Actually, tabor, you’re right. The other wall didn’t deploy. That’ll teach our team to trust 21 to fill up our pneumatic tanks. Also, just so you are aware, the majority of the people that decided to drive over our slide expansions got stuck, which is exactly what we wanted to happen because then they are useless for the rest of the match. Tabor, why don’t you show us your triple twelve foot wallbot. Then we can compare and you can teach our team how it’s done right.

Let me start by saying that this robot is an extremely impressive feat of engineering and that I was awed to see that it even existed. Watching it play was exciting and it was cool to see a team trying something VERY different.

That said, I don’t think you can blame 21 for the loss. I watched the match and they tried to do everything they could to coordinate with your style of play (pass buckies through your chute, throw objects to your scoring minibot, etc.). When that did not work and the opponents had a 4-ball stash lead, 21 tried to cross the wall as a last-ditch attempt to save the match. As quick driving decisions go, this was a sound one considering 21 was designed to cross the 2" bump anyway, and could not have won by hanging due to the lead the opponents had.

I don’t really see the need for the hanging zone extension as hanging and throwing were very hard to block, but nevertheless congrats on making such a beast robot!

Obviously we aren’t totally blaming 21 for that match. Our goal zone wall did not deploy but the mini bot, micro bot, and hanging zone wall did. Obviously this left 21 in a very difficult position. We are thinking it may be because we used their bike pump instead of our air compressor because we took 21 to the practice fields and showed them a full test run and they agreed with our strategy for the match but who knows, our robot obviously needed some tuning and improvement. That being said, 21’s attempt to cross our wall led to them getti stuck either way. We got it fixed by Saturday morning and added in some hardware that actually made it impossible for anyone to drive over the walls in our last two matches but it was too late to show what our robot could do. We had several matches near the end where our robot deployed perfectly, scored autonomous points, and blocked the goal zone off.

The hanging zone wall was there to keep the opponents from 2v1 defending our partner. That being said, by alliance selection we had decided that we would be willing to leave that wall in and allow a strong alliance partner to have free reign of the field because we believed they would probably be capable of holding their own against the opponents.

We were not picked, probably because we had some bad matches near the beginning and hadn’t shown a strong enough case for our robot’s strength. This was a rushed 6 week build with no cad and several hiccups building the 26 sections of the linear slides. We fabricated nearly 200 brackets out of steel plate on a vise with two bends in each finding the perfect design for the front and back stops for our slides and the rubber band holders. We also went through about 2,000 rubber bands at worlds- every one of which had been prestretched ahead of time to be able to stretch to the 18" length of our slides without snapping. We used an entire tube of grease redoing our slides each night before the next day and spent over $500 on linear slides building this robot.

We may not have won that many matches, but I think the robot excited a lot of people and drew crowds to our booth almost constantly throughout worlds. People came to see our matches just because we built three robots in one and they wanted to see it. It was a great experience, definitely a lot more fun than the scoring robot we built last year. We won the engineering division Create Award and made karthik appear to be speechless at our match, and that’s enough to satisfy us for this trip to worlds.

We will be in college next year, but this was our third year building a wallbot and it won’t be our last. We built a scoring wallbot for gateway, a 12 foot double trough blocker that opened in 8 seconds for sack attack, and then this ridiculous robot that took about a second to open and expand thirteen feet. I have no idea how we will raise the bar for ourselves again

filling your tanks with a bike pump makes no difference - because air is distributed evenly throughout the system, both pistons should fire with equal pressure. if only one fires, that means that either the piston was jammed or the solenoid didn’t fire at all. and last I remember, you guys told us you weren’t fully competition tested.

you definitely deserve the create award, seeing as how most of the robots at worlds were six-bar siderollers. i’m sure you’ll use the 24-inch robot creatively next year too.

The concern was that the pressure wasn’t high enough. There is a lot of friction in the pins so the worry was that there wasn’t enough pressure in the system to overcome the friction, and it seems one had more friction than the other. As we found throughout the rest of the day, we needed the full 100 psi in practice to a able to have guaranteed perfect launches every time.

If we were at where we were on Saturday morning on Thursday morning, things would have gone much differently. We should have been ready but some of it also came from match experience we had on Thursday and Friday. If only we had started building a little sooner . . .