Through an entire season of hard work, failures, and triumphs in communications and teamwork, we were crowned the VEX IQ middle School World champions! We far exceed our own expectations–we would have never ever dreamed of even becoming division champions and here we are. This was our last season, and we wanted to share all we knew.

Programs:
This formed the core of our LRT robot. Our Tele-Op program was heavily assisted for almost every control. Macros were 3 arm stages, minor arm 2 stages + drop all 3 riser, claw open/clos. We also had H drive control and anti-ghosting.

Driver programs:
We had different programs for each driver and field Layout

Skills: Used joystick 2 to make swing turns instead of omni control. This was useful for getting 274 driver skills.

LRT 5 stack: had automatic scaling for first orange riser, presets, Claw, Arm, minor arm macros, and stack dropping. This was by far the most complex Tele-op we made and was what I used to drive in the finals. Macro explanation video here: [insert later]

LRT 4 stack: Same as 5 stack but without automatic scaling

173: 173 points auto program. Used a p loop drive and a pd loop turn and was horribly rushed but worked in competition.

These programs were very helpful and we scored very consistently at LRT Worlds. We never had a score below 242 (if you don’t count our placebo match nor the 79 point match we had with a herobot team)

Files can be found at my github repository: GitHub - HaoLikesCars/16688C-Vex-IQ-Worlds-Driver-Programs-release

I think in LRT, effective communication was key to optimizing the score. At our first two LRTs, we had bad communication and often didnt explain the plan well enough to the other team so there would always be a couple “wasted” matchs when the rows dont line up so we get like 12 points because rows are crucial in Rise above. So at worlds we prepared and made google drawings of the plan then sent the link to the other team because pictorial explanations were easier to comprehend and not misinterpret.
our plan sheet 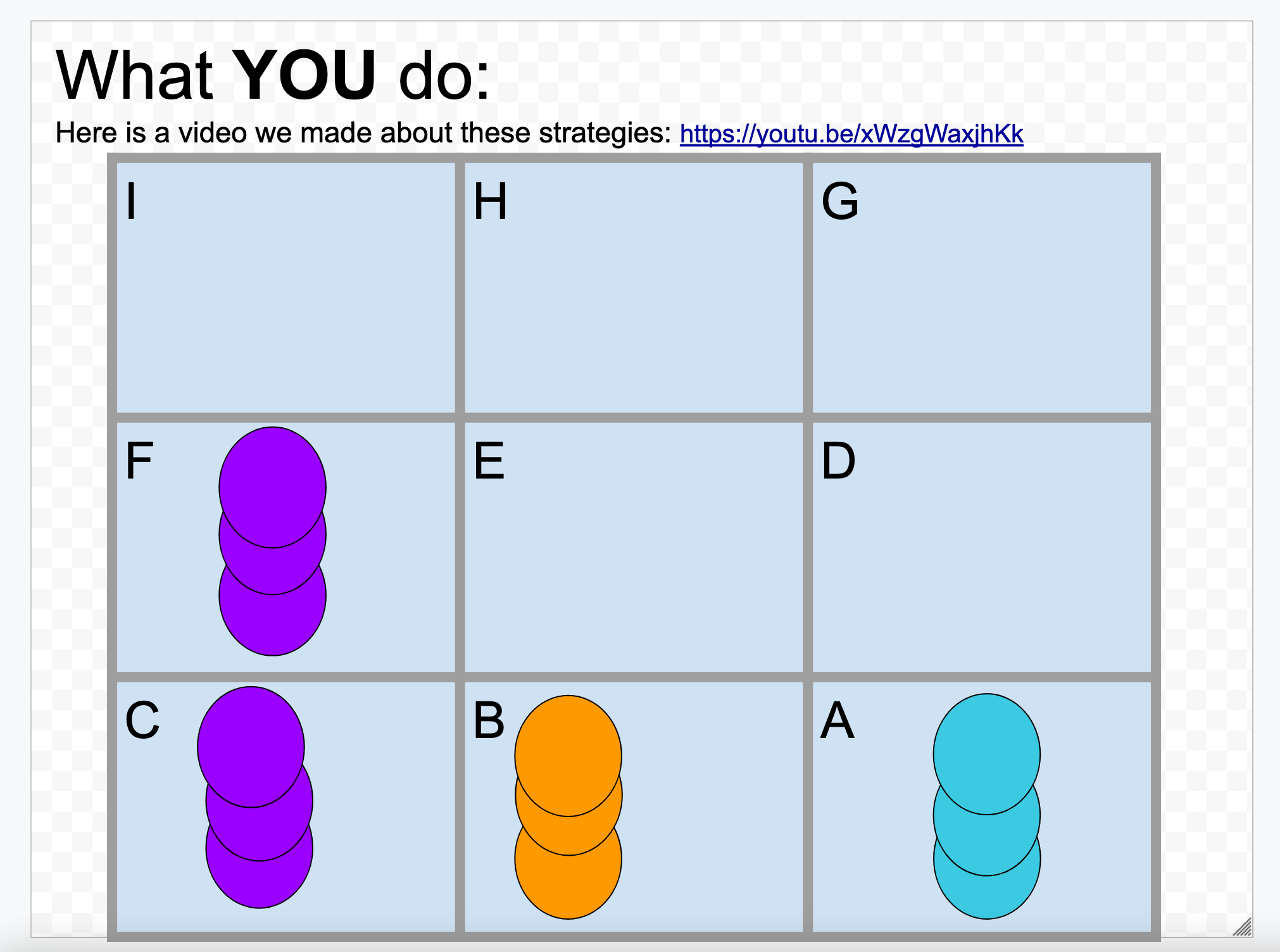 In addition to that, we kept close tabs on the teams we were paired with so we can tune the strategy to work the best for their robot. 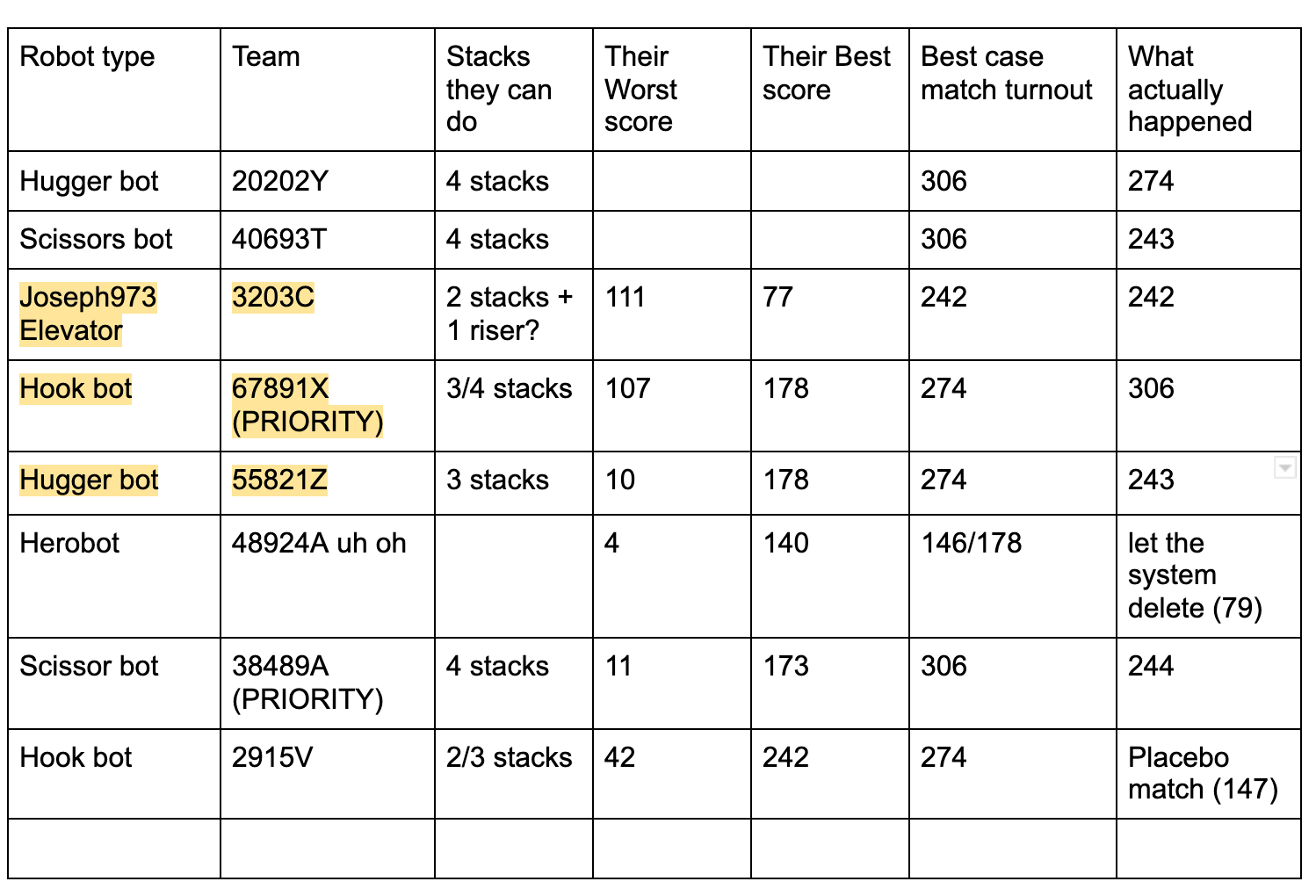 Hope we passed some knowledge about Vex IQ along. Cheers!