So I have been seeing a bit on how creative I can be for my build. So, here is a nothing but net-esque type of robot that I think would be really cool to see if someone can build it successfully. The specs are as follows:
4 Motor 200 RPM 5:3 drivetrain
1 Motor 200 RPM 1:1 intake rollers
2 Motor 600 RPM 1:1 indexer/flywheel(ish)
1 Motor 100 RPM 1:1 back door

What is the purpose of this design?
The purpose of this design is to be able to pick up any colored ball, and the robot will autonomously eject all opponent balls. When the robot is filled with 3-4 same alliance balls, you will go up to a goal and put the robot against the goal post. There will be an ultrasonic sensor in front of the robot so when you are lined up, the robot will immediately start replacing the entire goal within 1 second by chucking the 3 balls into the goal while simultaneously intaking the opponents balls from the bottom of the goal and ejecting them out of the robot. Because the distance isn’t that far, we can have a hood that is unsupported so it can easily flip up above the 18" limit when the match begins.
Hopefully this inspires you to consider this design, or try more creative designs outside of the scope of the previous season 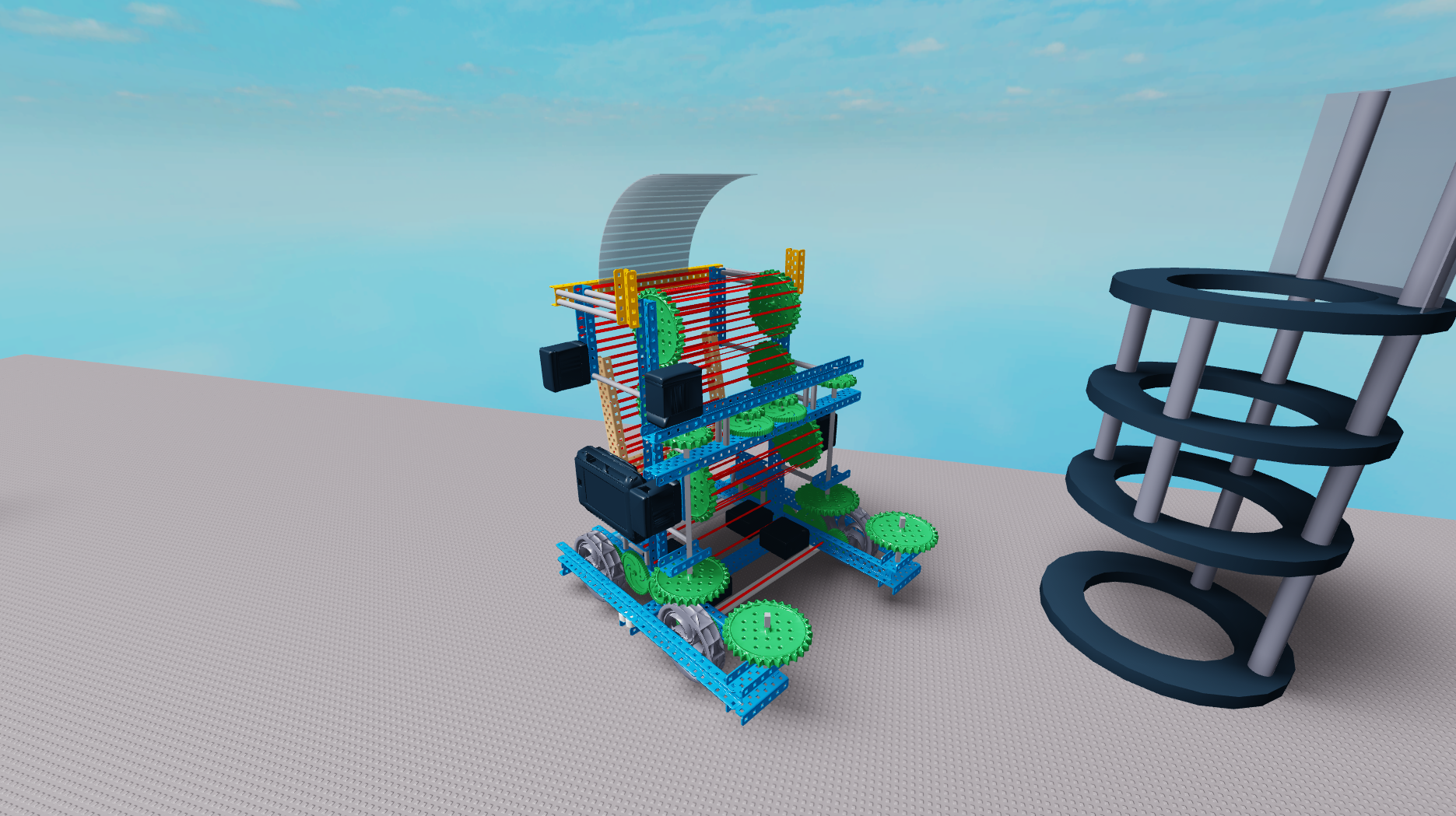 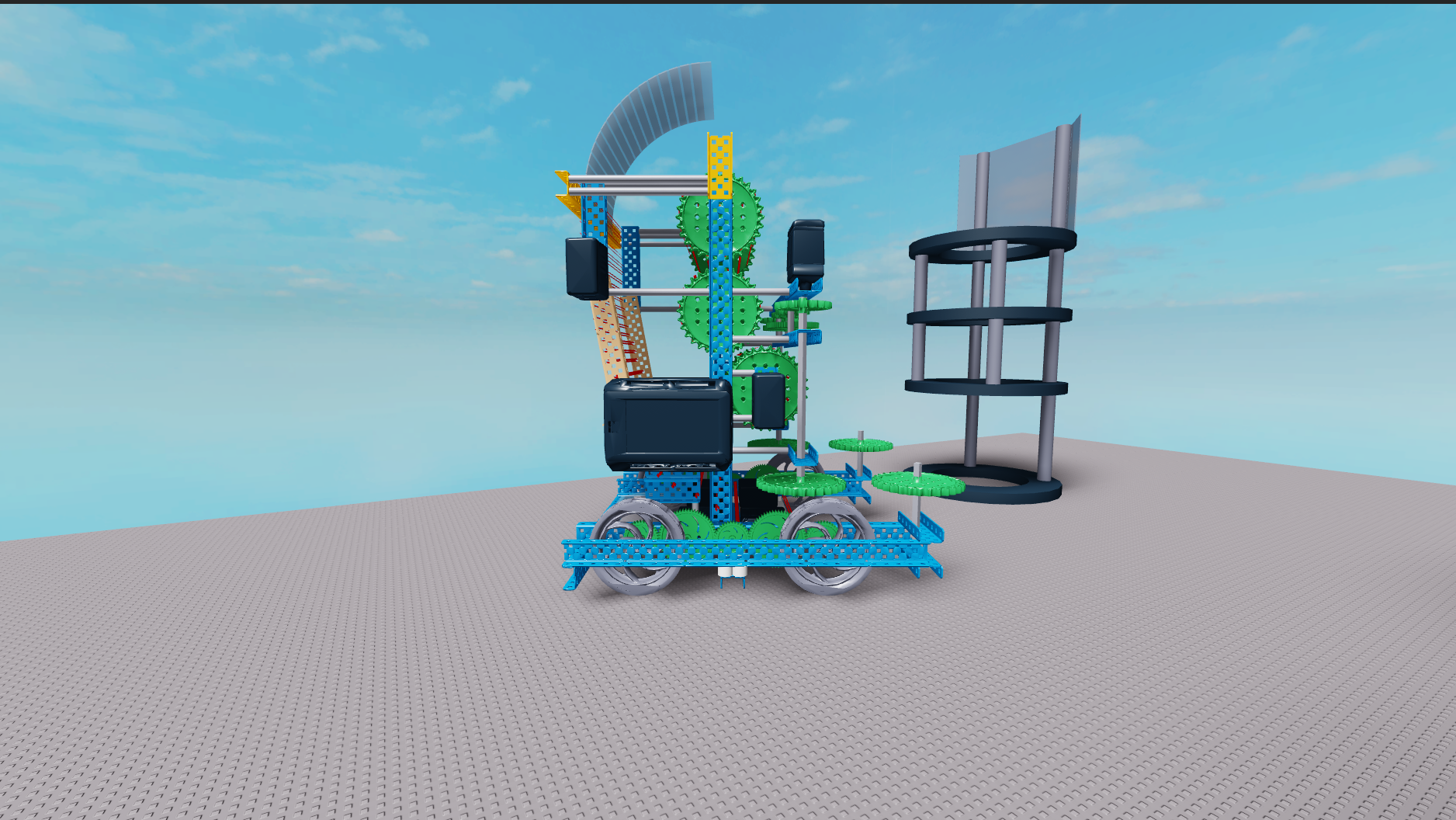 edit//: Updated the design a bit: 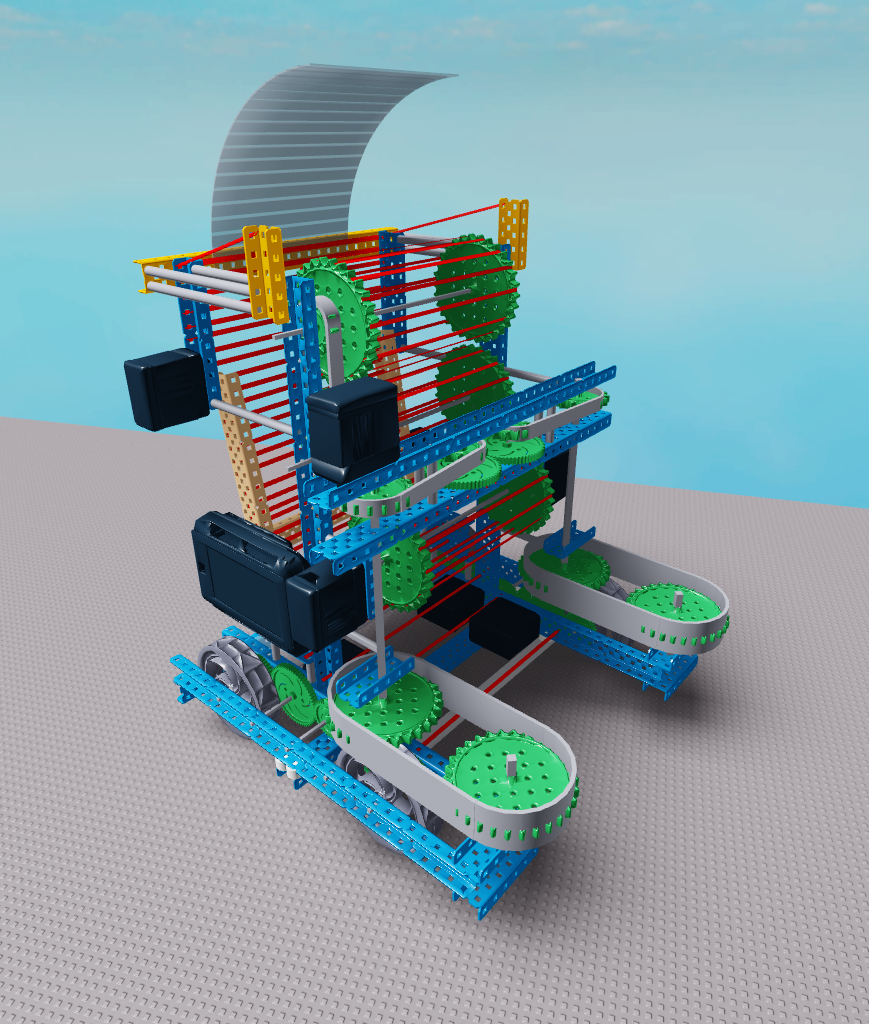 Check out CAD . It’s one of the millions of unique, user-generated 3D experiences created on Roblox. Open source, you may edit for yourself it if you'd like.

just curious… or maybe it is due to parallax error…
The goal is 18.4", is that “yellow” piece sticking vertically up exactly at 18" or it is supposed to expand out?

just curious… or maybe it is due to parallax error…
The goal is 18.4", is that “yellow” piece sticking vertically up exactly at 18" or it is supposed to expand out?

This CAD is even more impressive when you notice its made in Roblox. Nice design

naah… not your responsibility to figure all these out.

my students actually have a similar idea as your design (right on the day of game release).
but i have no idea how is their implementation going to be like.

i am just asking out of my personal curiosity

Darn, beat me to the back door idea

Nice execution to the trapdoor concept. I do think you could probably automate disposal of opponent balls using a vision sensor, though it might slow it down significantly.