2022 Champs done and dusted, here are our stats

Tell us your cool stats.

(I’m looking for RECF stats later on volunteer counts, volunteer hours, roboteers attended, etc.) But I want your details. How many trinkets did you give away. Every year I say take 2-3 shirts and get them signed, how many did you get.

I know there was some really bad food habits, how many hot dogs did your team really eat at one setting?

Almost any stat is good in this tread, but don’t make me sad to have posted that)

I was undefeated in matches where either my teammate or opponent whitescreened.
I was winless in replay matches.

For ES IQ, we hand-made and stealth clipped/handed out close to 1000 ‘Good Luck Gators’. It was so fun for the kids to continue to see them around on people, and we coaches are grateful to the refs, scorers, and emcees who happily took one and clipped it on their lanyards, shirts, and hats. 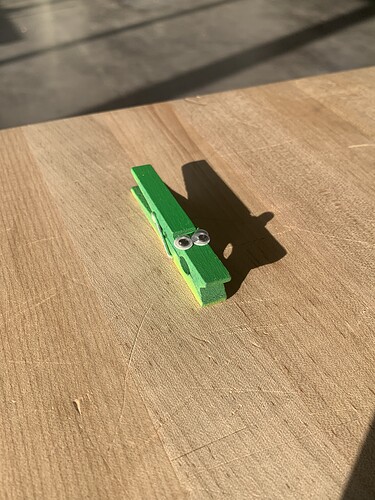 I’m pretty sure we approached 30k each day. Technology Division, represent! Plus, we got stuck way at the back of the pit area, because apparently numbers work differently in Texas

Though my team was roughly around 20k steps a day, I seemed to be nearing the 30k mark each day. I guess that’s because I kept forgetting stuff at my pit before matches so I had to run back.

I came with 50k steps, all worth it division champs. Sadly we won division with a low hang bot so we could not max out the field with 162.

I walked an average of 19,000 steps a day. We handed out buttons to every team we were paired with. Division and World Champions. (our alliance partner had a high hang)

We were partnered with 5 different Tennesse teams in quals

Only 300 that makes me feel like my pin is rare

Our team had about a gazillion people come to our pit and marvel at our fan base which is literally just 6 c-channels and 6 computer fans to cool the motors.

We went 7/3 for matches, and got eliminated in the round of 16. But we won skills so that’s good. Finished with a score of 536 which is not nearly as high as we planned.

Gave away all of our several hundred pins as far as I know.

Got 3 interviews and all felt like they took an hour but they paid off because we won excellence.

Oh, and lastly got record low amounts of sleep averaging like 5 hours per night (at worlds).

Yea, I know the feeling, at an Indiana event (IRI) they soak whole corn in the husk, then grill it, strip back the charred husk to make handles, dunk it in butter and then you can salt pepper to taste. On the last day I got flagged, I was told that 20 ears across 3.5 days was not healthy and they wouldn’t sell me any more.

Funny that they actually had to deny you from buying more.

Although it’s unhealthy, there’s no denying that it’s good. Really good. I’d bet the corn was too.

The burger patties are more than an inch thick.

We gave the founder of vex a leg, some people know that we passed out 3D printed legs instead of pins or such, and were telling teams to attach it to their robot. We gave out about 135-145.
We also won an award at every event (Except worlds, we won 2 awards at an events), so we have 6 awards for the 6 events we attended.

We gave the founder of vex a leg, some people know that we passed out 3D printed legs instead of pins

Can we get a pictures of the legs or a link to thingverse? 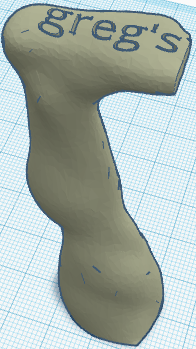 I don’t do Thingiverse and am at school. This is the model I made.

And my sister’s most steps was about 26000. She was constantly running for our hotel to the convention center.