We were going to to do a reveal video of our tether robot before NZ nationals but we ran out of time and for those who saw the stream might remember but because of that I’m going to give you the document we planned to release with it simultaneously it doesn’t matter too much as we didn’t qualify for worlds but we did get amaze award. So here is the document. note something in the document never actually happened like the talk of lateing high strength shafts down to lead screws.

Tether Robots Q&A For The Dunk & Egg robot Q: Why tether bots? A: Well it's a Tether robot that can be asked. But in skills and driver, the effective actions per second (APS) are effectively doubled. Meaning at 0.5 APS per robot In skills, it would...

Another thing to note is that the document says DE as that is for dunk and egg. 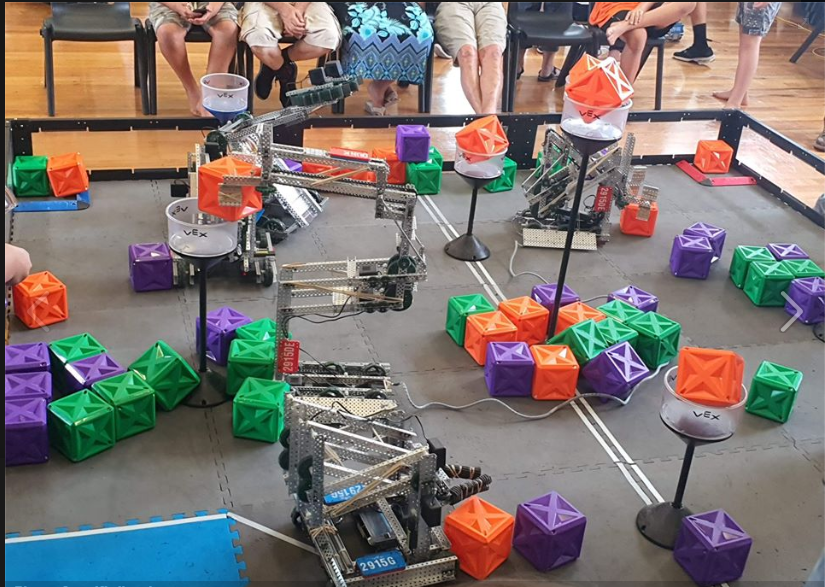 Wow. Just wow. I read the doc, and I’m super impressed with what you have built.

Can you show just the custom lead screw and a few extra words on how it was to be made, that sounds like serious machining. Did you make prototypes before you ran out of time? CAD design?

Is there a short video showing Egg being deployed?

What was the referee response to the tether cable snaking across the field?

I’m very impressed, thanks for showcasing it here.

It’s a shame you didn’t make it to worlds. I really think a robot like this would make worlds better and more interesting.

+1 on a short video showing it (them) being deployed.

I remember reading about your attempts at making a tetherbot from the NBN notebook you posted, glad to see that you incorporated that concept this year!

That was actually Steve Barker who did the NBN tetherbot. We started doing vex during his last year at lynfield year back in 2016.

Remember that we also had an exhibition match 6 with innovation the american team that came to nationals rather then where ever they where going in china due to COVID-19.

What country should we ‘fly’ to?

I know it works here in NZ I’m not so sure on many other nations thought change later. It is a bit annoying with copyright what I could do is download the stream and remove the audio and upload that to youtube if that works better for you all pirtiulay our matches tough you won’t get the great commentary of the team which called towers sky bukets Im a bit suprised it dint get struck here as well copyright is a bit annoying with particular interest with music on videos I mean sure they could just do that stuff to do with ad’s kiwibots were never going to monetize the stream anyway so that doesn’t mater. But yay copyrighting a robotis stream .

Sorry for the late reply. Here is some pictures of the leadscrews that we tried to make
We only had a small model lathe available to us so we had to make our own connection from the chuck to the feedscrew using 3d printed pulleys and gears. The plan was to create one direction of thread using the belt connection and the other using the gear drive.
As for CAD, all the 3D printed parts were designed in Openscad and the gears(not seen in these images) and pulleys were created using a modified Openscad pulley generation script from Thingiverse.
We never got to finish them due in part to problems in getting the thread cut deep enough due to deflection in the screw because of the small diameter and the resulting low cutting speeds.
We tried at one point to grind the threads using a DC motor and grinding disk mounted in a 3D printed bracket however we never managed to get this working before Nationals. 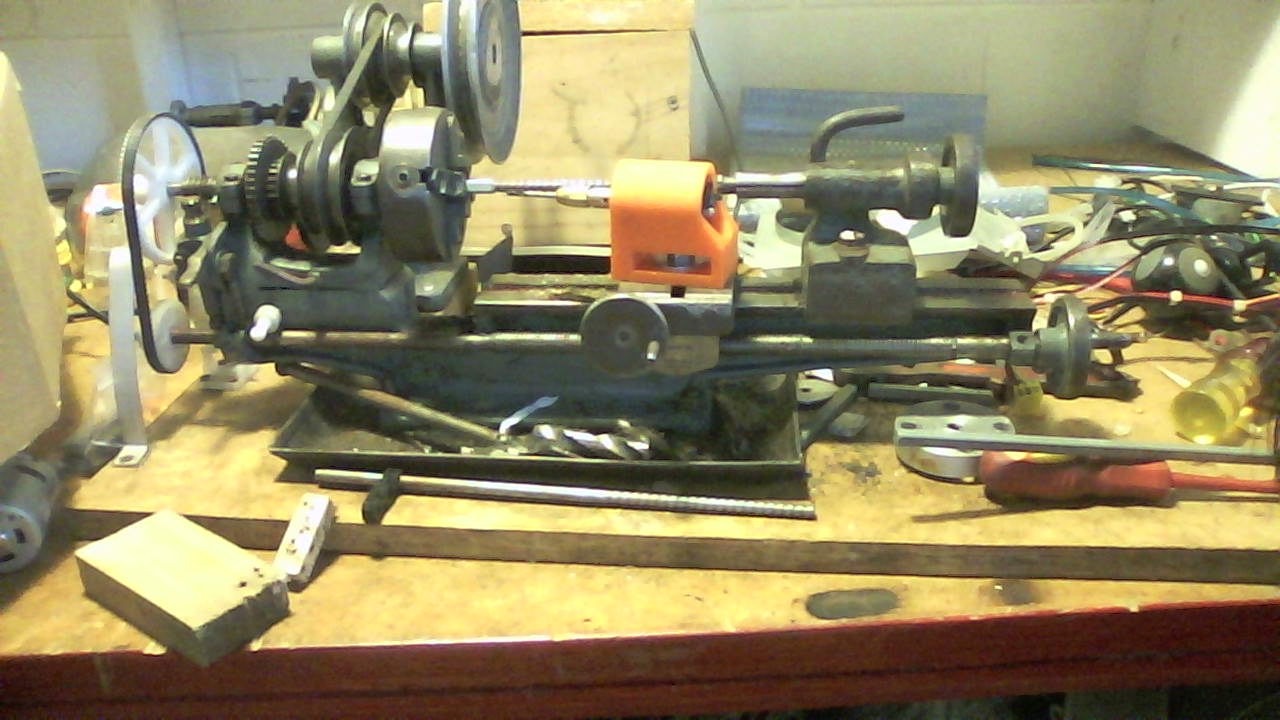 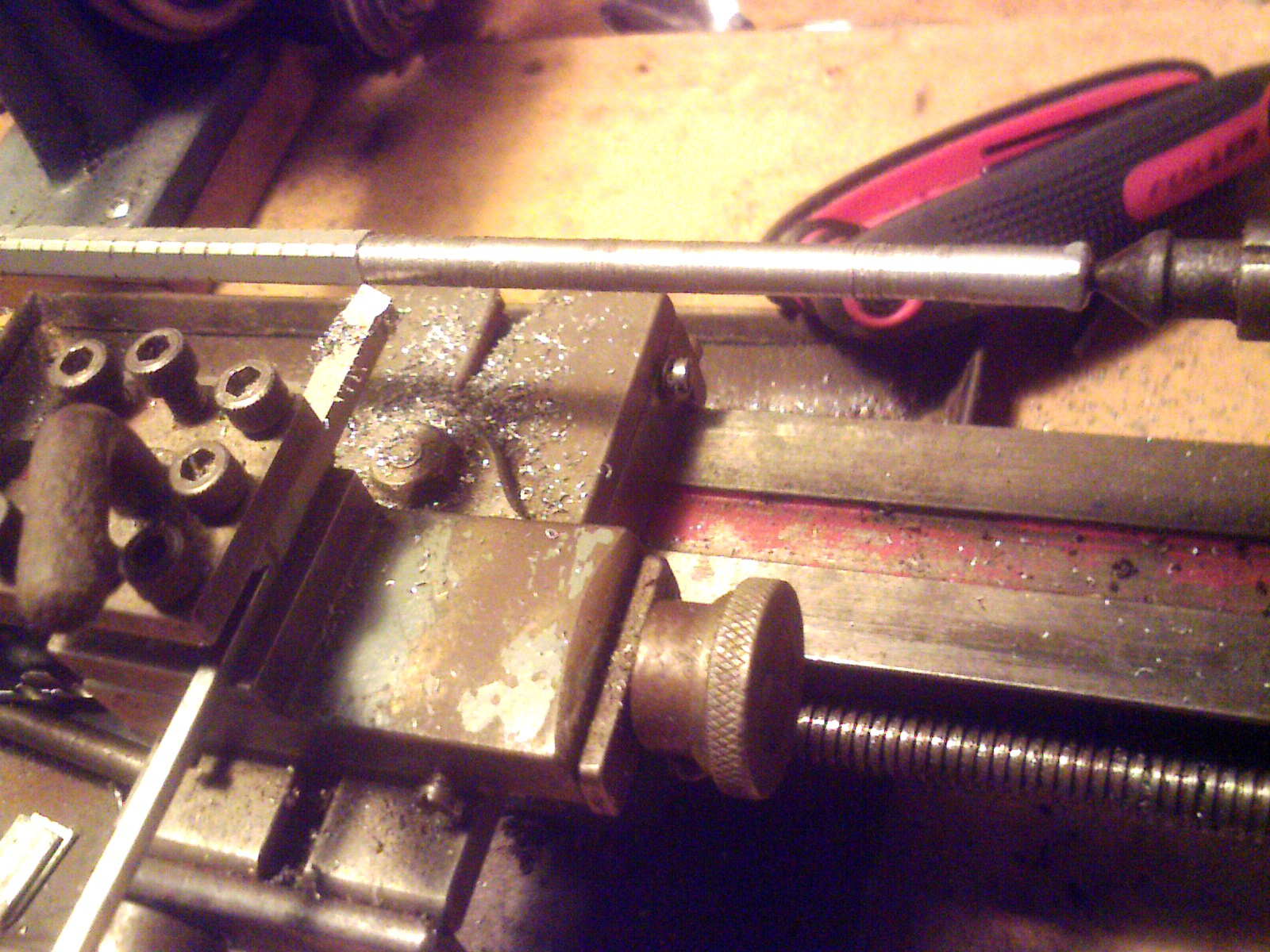 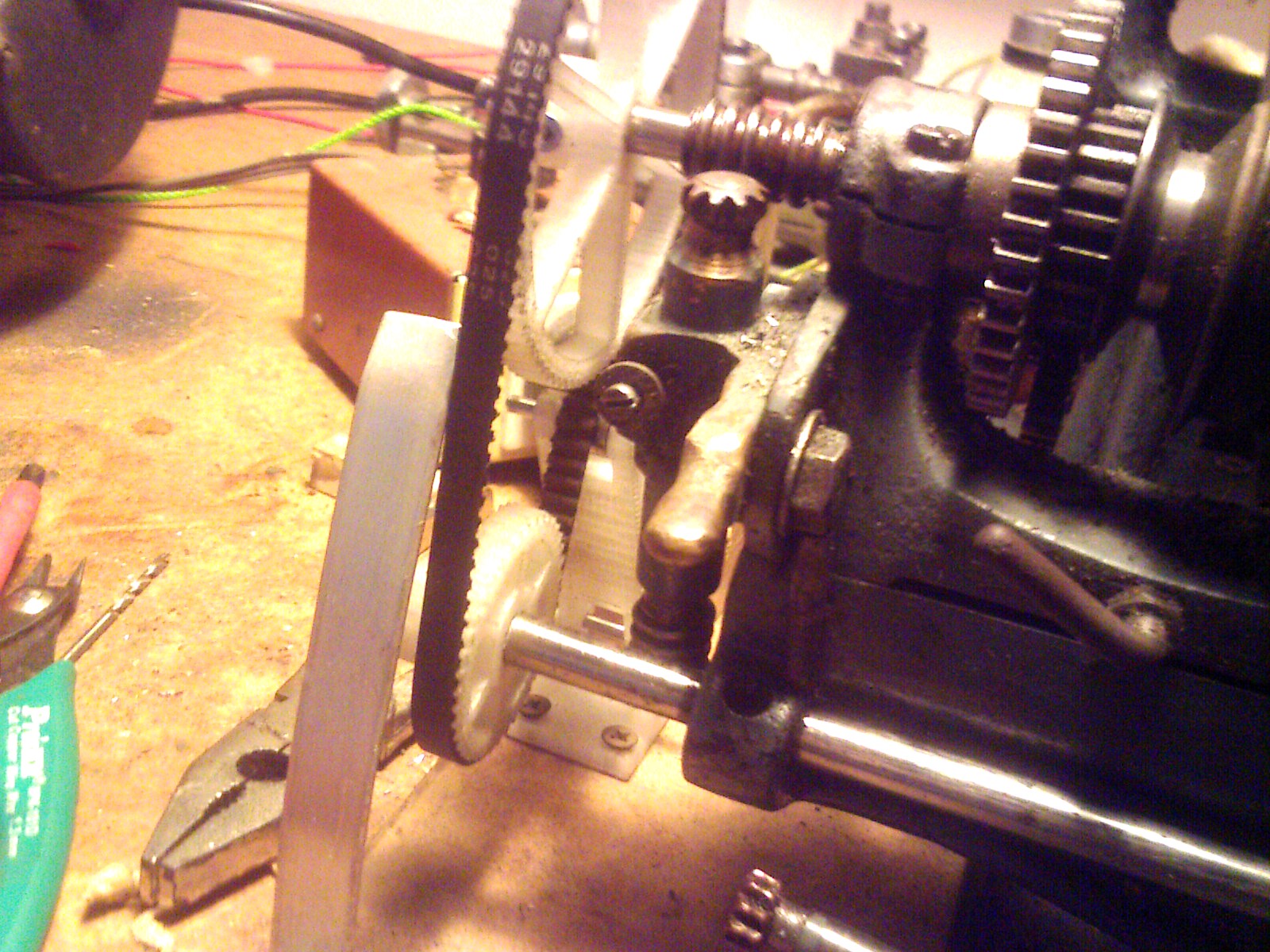 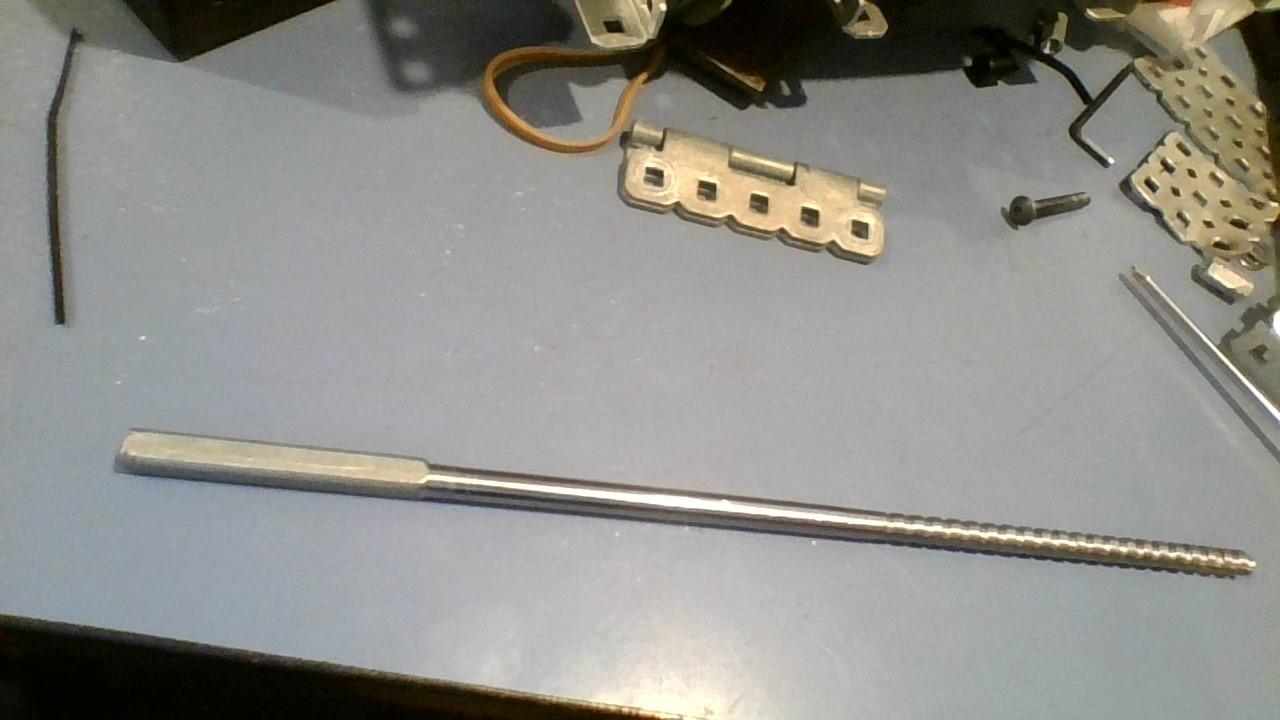 Power Takeoff mechanism(A slightly earlier version. Some stuff was improved on for the final version on the robot at Nationals) : 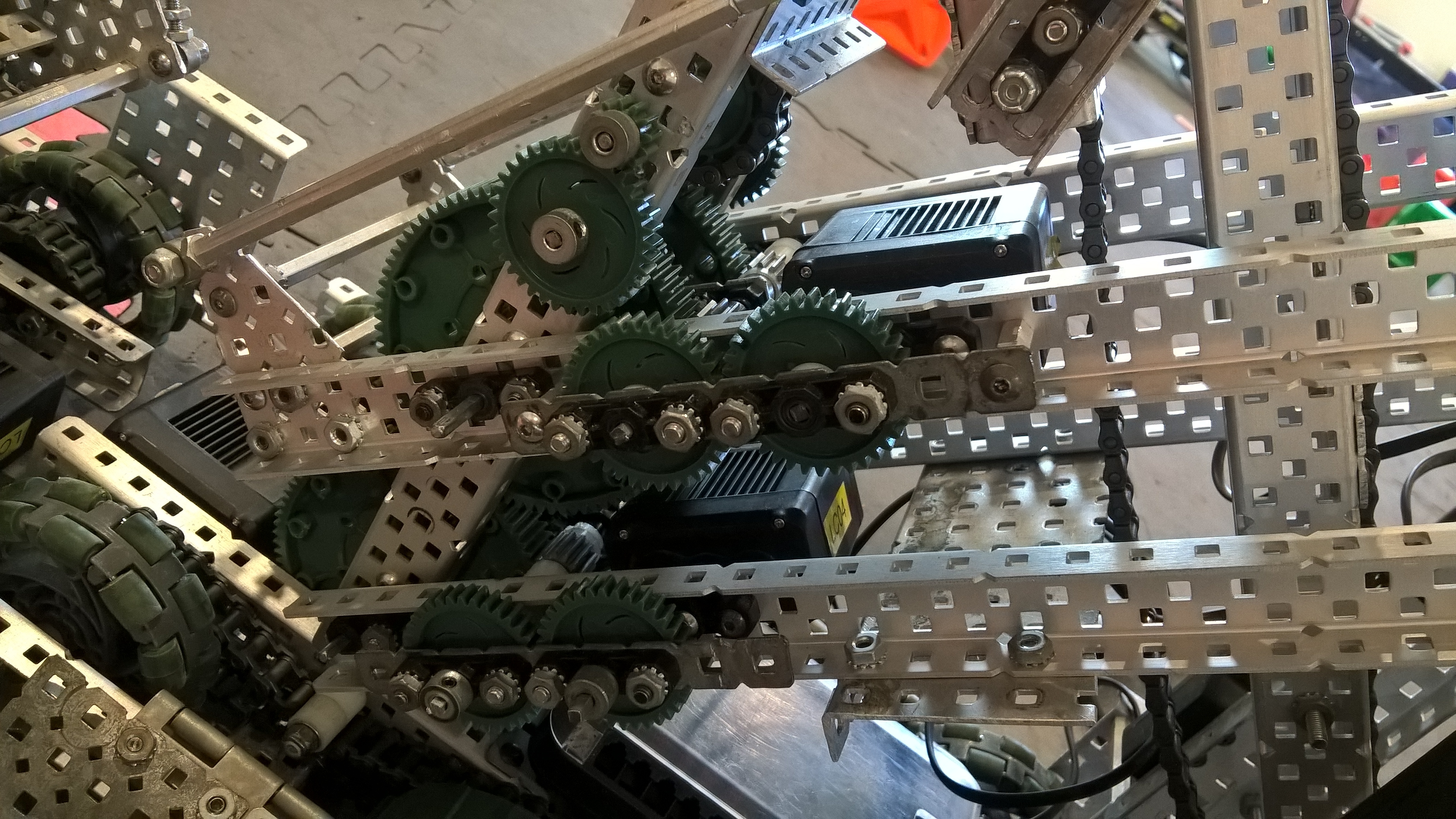