I think having 2x 4-bars is quicker as it saves in time. Rather than having to go back and fourth twice in order to score two mobile goals on the balance beam, you only have to go back and forth once. This decreases on overall time, especially because you can lift the mobile goal up into it’s highest position while driving in order to get the mobile goal onto it’s balance beam. Secondly, if you only have 1x 4-bar, then you could place the mobile goal down that is upon your second non 4-bar lift, and then spin around in order to pick up the second mobile goal with your 4-bar. However, with 2x 4-bars, you only have to spin and drop as the lifts were already put into their highest position while driving, instead of having to place the goal down and then spinning, picking it up and dropping it. Also, this is a risky strategy because you risk the mobile goal being stolen from you. This is a second reason why the first method with 1x 4-bar is ineffective, because during the second round of driving back, all the mobile goals might have been taken by the opposing team

Both designs are effective, and there is even a small amount of robots with two 4 bar lifts and rings, combining the two designs you bring up here. (98548A reveal: Vex Robotics Tipping Point Reveal - 98548A robotNer⁴ds - YouTube)

As for which design is better? its a lot more complex than just saying “This robot has two 4 bar lifts, so its the best” Even comparing the speeds of placing 2 goals on a platform can be different for every robot regardless of design.
Also adding on to this, rings are important. The robots that can score rings have improved greatly from the beginning of the season and some can easily fill 2 mobile goals with rings in under 20 seconds, and for points, there have been numerous matches over the season that have been decided by rings, especially now that “high level” matches are ending with double parks and multiple goals balanced. So overall I wouldnt say “I don’t believe having a ring system is an effective system, as it is too timely and doesn’t score enough points”, it just depends on the robot.

Just coming back to this to show a match that happened today, where rings decided who won TLDR rings are important . 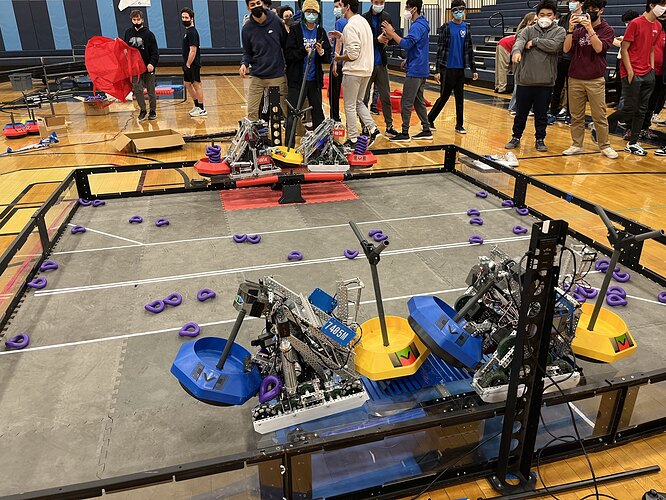 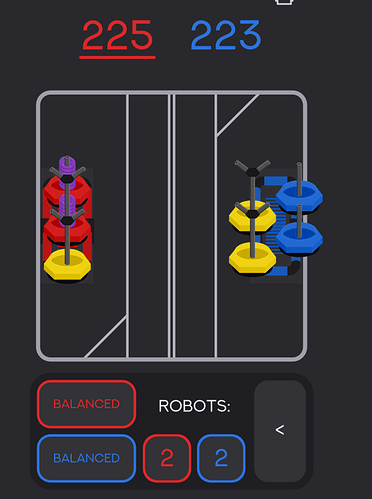