I had misinterpreted what you meant, I thought you were meaning being a dr4b just to be a wall. 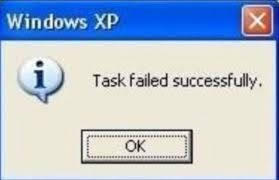 Ah yes, my team was talking to me bout that

this strategy is a good ace for alliances to play if one of the bots is a lift bot, and they’re facing opponents that they cannot outstack. I’m a big fan of this strat, I’ve been the offensive robot partnered with the wallbotting lift quite a few times this season. it’s worked a few times. usually it doesn’t but it the lift falls well and early, it’s quite effective. great job overcoming the odds @Got_a_Screw_Loose and clapping against offensive alliances.

Sad to say, I couldn’t remember the team number or which division it was playing in the worlds.

Out of curiosity for those who have played with / against this sort of bot, what is the best strategy you have found to succeed against them? I can think of a few likely options, but was wondering what seemed to work under the pressure of an actual match.

Also, if the opposing team chooses to push past the bot in an attempt to score and the bot is situated such that it ends up getting pushed into the inner protected zone (or ends up touching the opposing team’s bot while they are in the inner or fully in the outer zone), are refs usually requiring that they compact out of the zone or giving them a DQ or …? I see there is a Q&A up about this, just was wondering what is currently being done.

This strat is what I would say would be most useful when going up agenst beter teams. I have seen simmilar startigies my self I have called it the when in doubt startgy this also seems to a start you have to be careful not to have parts of the robot that would damage the tile’s on the fall. I have seen this from the start of the year when bad robot where v’s good robots and wanted to have a improved chance of winning. This kind of I’ve got a four bar lets fall over and be a wall strat is also something you don’t want to show of to much otherwise the other teams will know when your putting cubes in the top tower you become vaunrbile to falling over.

three things, first that was awesome!!! Second you had the wall bot blocking the area and you lost (i think), third it looked to me that you guys were in the protected zone.

they won that match by 2 points.

third it looked to me that you guys were in the protected zone.

you can be in the outer protected zone, just not the inner

Xenon is correct. My partner nearly choked. A little of that is on me with that green cube I left on the edge of the protected zone after auton. In retrospect I should’ve pulled that out.

It was my auton that won us the match score-wise. But strat-wise it was the wallbot.

You can be in the outer protected zone, but not the inner. I was warned when I got close (the ref had no idea what was coming).

We got a lot of compliments on that maneuver. But it’s a rare and very specific occurrence that we’ll do it. We can’t risk breaking the robot with repeated strain (though it can handle it, we’d rather not risk it), and even after just the once in elims it’s an anticipated move. It worked because it was a surprise. In finals they guarded their protected zone well.

As they should. The best thing to do in a competition, no matter the scale, is to be able to know what the opposing bots can do. When you pulled a fast one on your opponents by doing something completely different from they had previously seen you do, you made them have to adapt on the spot. It also sends a message to everyone who watched it and made them also have to change their strategy to make sure you can’t do it again. Good on you for thinking outside of the box with that strategy.

When you pulled a fast one

And on that note I’ll pull an unpopular opinion out of the woodworks: I’ve grown to appreciate BO1 because it allows for “fast ones” like this. While it does get super annoying in flukes, it is a lot of fun to play with strategically.

Though I’m sure my opponents (who, once again, should’ve dominated that match in all respects) were lamenting BO1 after that match.

Well, who wouldn’t? You did something no one expected your bot could do and because of it, caused the opposing alliance to lose when the match was pretty much theirs. Of course they would lament that you did something like that and benefited so much from it.

it is a lot of fun to play with strategically.

The entire competition isn’t just building and programming a robot. VEX is also about improving and being creative with your ideas and strategy. What you did is what every other team does whether they realize it or not. Best thing to do is to change your strategy to fit the robots you are against. Also, I completely agree with how much fun it is to play strategically.

-Anti tips have left the chat-

This thread has no need for new posts, though not technically dead. @DRow , could you please lock this?