As the US Open is getting close, we figured that we should post a short reveal of our robot. This is version 5.0 of the the robot, although the overall concept has remained relatively the same since early August.

We have had a fairly good season. We ended up winning three local tournaments, including the Indiana State Championship (With 323z and 1115c). Our unofficial robot skills score is 90, but most of us know how that goes! I don’t have much in the way of a formal reveal video, but I think we will have a more in-depth reveal closer to Worlds. I linked a video of the thrower from my phone and I’ll link a video of the buckyball intake as soon as I get it uploaded. If you have any other questions, feel free to ask! 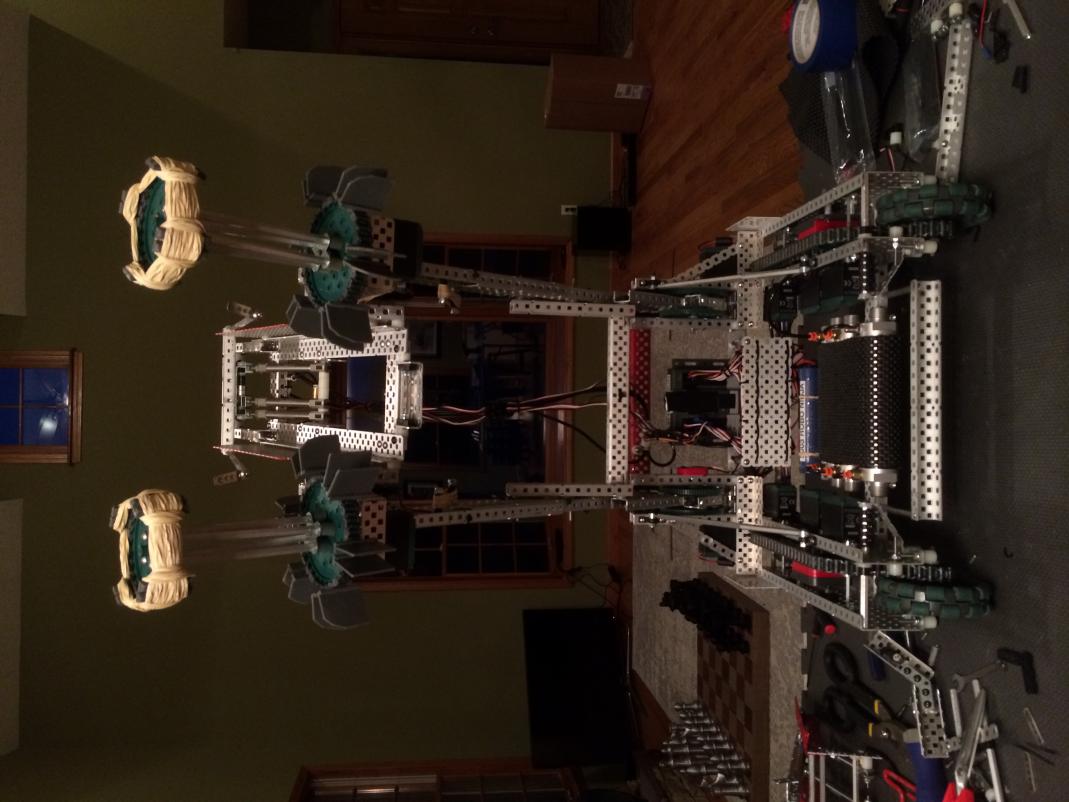 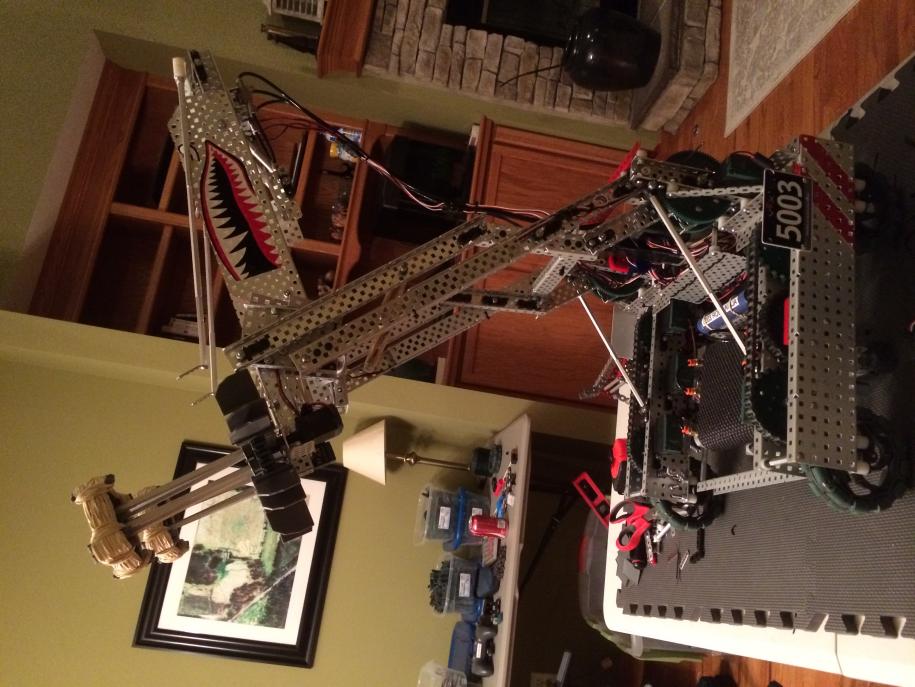 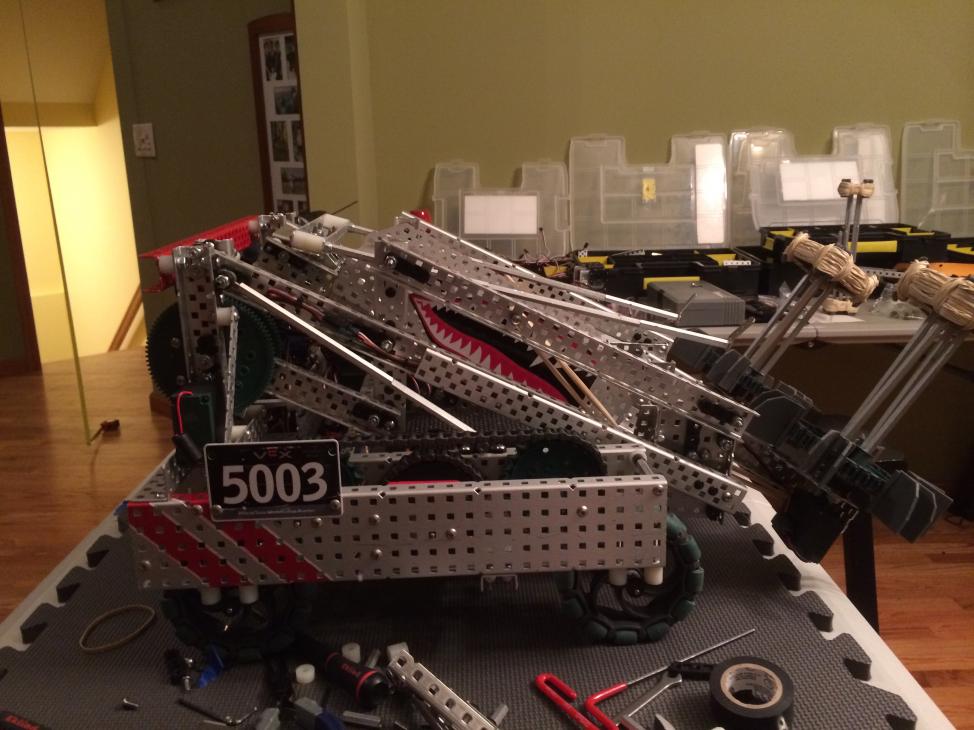 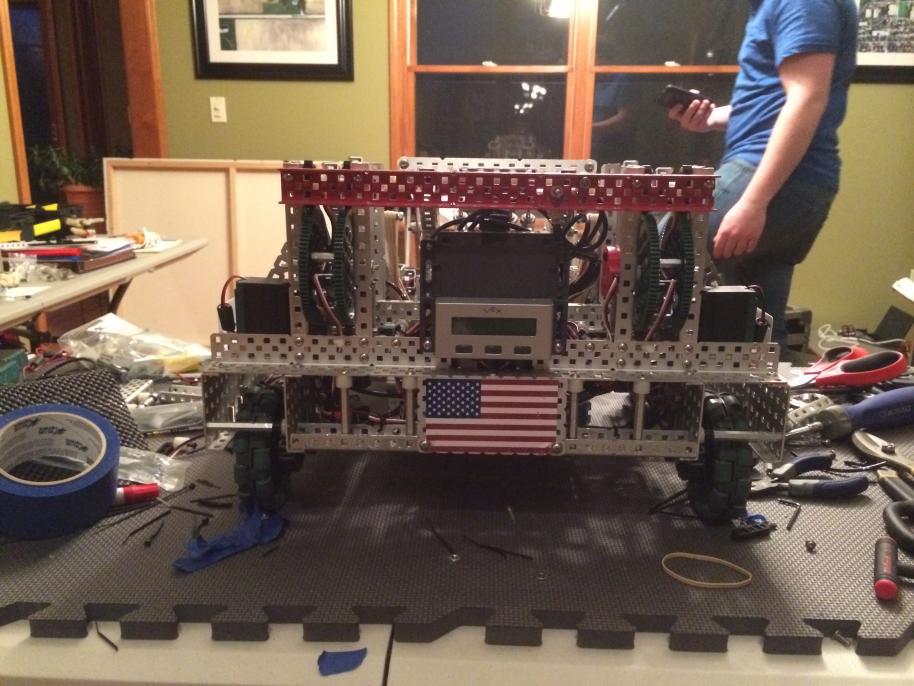 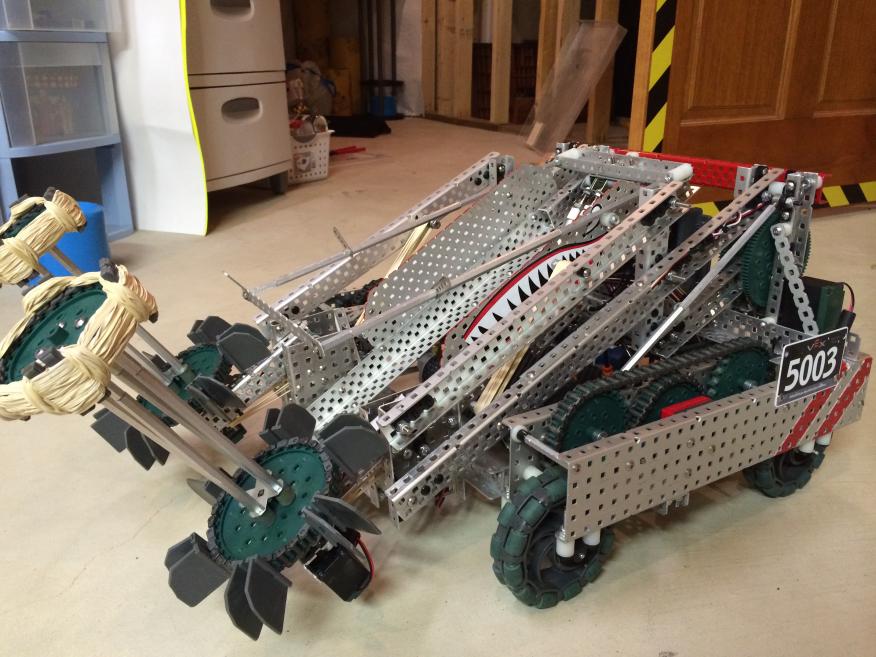 Do you have any stability issues with the catapult made of standoffs?

Also, why the cut up flaps?

Do you have any stability issues with the catapult made of standoffs?

Also, why the cut up flaps?

After a lot of testing we have not experienced any issues with either the thrower holding up mechanically or with the the large balls not being adequately held within the thrower. The arms are also far enough apart that the large ball will sit down securely within them.

The flaps originally were cut for the last version of the intake so that they would not hit the pieces of c-channel that held the rollers in place. On a whim we tried them reversed on the new intake to see if they had a noticeable effect while taking in large balls. We found that they do not affect the performance of the buckyball intake, but they do allow the large ball to be more easily pulled over the rollers.

This looks like a great robot. Ill be sure to stop by your pits and have a chat. Best of luck to you at the Open! Jesse (323Z) says you guys are a powerhouse and I can see why.

This looks like a great robot. Ill be sure to stop by your pits and have a chat. Best of luck to you at the Open!

Thank you! I’m excited to see the 1200 bots in person! They look great. We’ll be sure to stop by your pit at the Open. Best of luck to you!

Looking forward to see your robot at worlds, good luck at US Open!

Very nice robot. What have you done to correct your tipping issues?

Sounds awesome guys. Had a great time at state with you guys. Can’t wait to see it at worlds.