EDIT :
We have encoders on all of the motors , is there anyway to do this?

Hey everyone,
Thanks for a quick response to my last question, jpearman, anyway I have another question :

Also it would be the entire section, so if one motor in the arm is unplugged then the led for the arm section would be red.

Lastly, after this happens would I be able to add an animation to the LEDs, like turning them all off, to know that it has updated the lights properly?

Attached is our pragmas!

(Sorry that the pic is upside down) 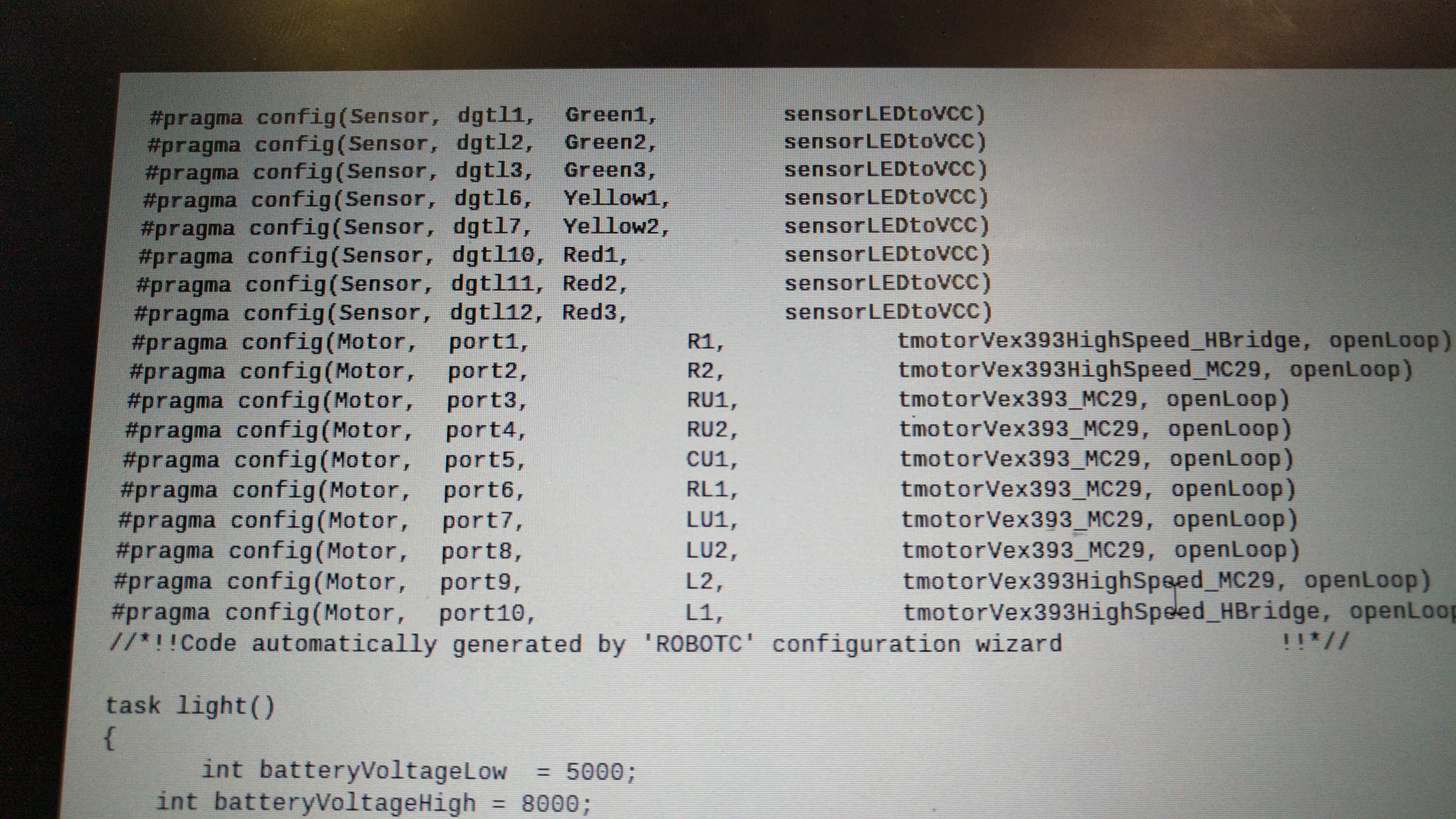 The only way to test motors is to read a sensor on the part the motor moves. This could be done with an IME, an external encoder, or a potentiometer. But there is no way to directly sense even a circuit completion for the Cortex motor ports. You have no sensors on your robot, so the short answer is that it won’t work.

Lastly, after this happens would I be able to add an animation to the LEDs, like turning them all off, to know that it has updated the lights properly?

LED animation is simple, but since you can’t get the data you’re trying to display, it won’t matter much.

If you add in some way to sense that a motor moved, you could tell that one of the motors in an interconnected subsystem was doing something. You still wouldn’t be able to tell whether the individual motors in an arm were working, for instance, since one working motor can move a non-working motor.

Since the monitoring system won’t work (at least not very well) you should probably invest your time in tracking down motor problems and improving the reliability of your build.

So I think you’re still stuck without a way to make the monitoring work.