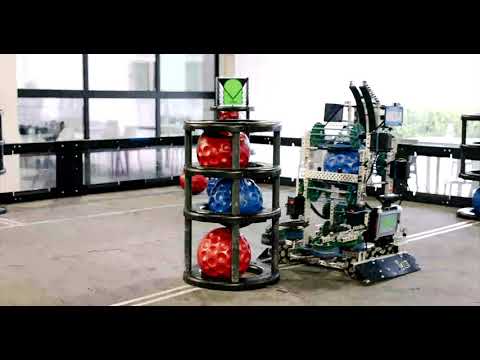 I present to you our early season robot. (Just ignore for a second the fact that this is late season)

Pretty nice! Does the way the hood go up increase capacity? I also love those intakes!

The hood flipout was designed solely to allow us to more easily score in goals. Since the top roller was only directly driven we were worried that we would have trouble getting balls into goals with a top roller mounted lower. The intakes worked very well at our first competition early season, but with the introduction of flex wheels we plan to change them.

We’ll see you at TN states.

Are you planning on making a longer drive base?

No, the drive base is plenty long as it is. (crossing my fingers hoping it never flips) The short drivebase gives us a lot of flexibility in our intakes, and so far has really saved a headache

You’re gonna need some anti-tips, there’s no way that hasn’t fallen over. I like the locked wheels though, they seem to work quite well.

One of our teams was able to make the drive train lower so it was able to fit under their intakes. But to be honest my teams drive base is so short we need anti-tips so our base is pretty scuffed. But if your team hasn’t had any drive base related problems then I gotta say nice job.

Before we’d ever put antitips on the robot we would work on lightening the top of it, and if that doesn’t work, then we need to redesign. Imo antitips are not worth sacrificing the wedges for no matter the circumstance

are those goals built wrong or are the intakes just that good?

I believe our goals are sized for the lower end of the tolerance range, although I dont think we’ve checked them recently. We try and keep them closer to the low end so that we should always be prepared even for the toughest field setups. (I still need to check the goals tho)

Who said you need to sacrifice the wedges for anti-tips (and what about LRT –– no need for wedges there)? And I would argue anti-tips are more important cause you’re losing so much energy when you’re constantly tipping and rocking whereas a wedge just acts as a supplementary defense mechanism (not necessary for the robot to work well) 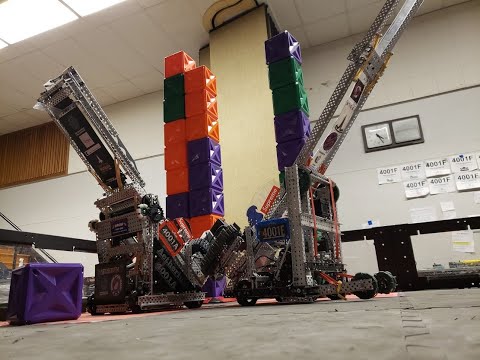 Fair. I am familiar with the 4001’s antitips from TT. It was one of the considerations when I was designing a rear wedge for the robot, and I have played around with figuring out a way to attach some small wheels to a rear wedge (if it were to be added). The problem with 4001’s antitip design being implemented on our robot is that there is a significant amount of horizontal structure that forces the hinge point to be unreasonably high, as well as the actual wedge like piece being very large.

Let it be known that it has been considered though.

Also, I think we did a flipping test when we first made the robot to see if it could actually fall backwards under its own power, and I remember the result was that it could not(although not by much)

Edit: Here is one of our matches in our only competition so far this season (Which took place in October, and I’m not counting local league) This should showcase the driving of the robot a bit better, since our driver was more practiced at the time. 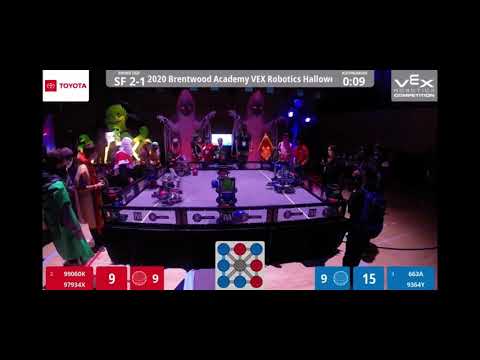 The back wedge in both vids could also work well as an anti-tip with some downwards tension force. I actually don’t think your anti-tip needs to lock –– just sort of prevent the robot from wanting to tip in the first place (the load is so small relatively speaking, I think you can get away with it).

nice robot. hows the pooper design working for your team?

We have never used the sorter in a competitive match

Woah, I only just realized you guys have the same type of indexer mechanism as us, except we use it to keep our flywheel spinning independently. Our three indexer rollers are powered by the same motor at 600 rpm.