Examining the robots of different teams, I’ve seen the use of two different shooters. One which shoots disks around a 90 degree turn with constant flywheel contact. The other is a more simple design where the flywheel and the intake both lie on the same ramp. I was wondering the pros and cons of both of these. If you want examples, this is the example of a 90 degree shooter and this is an example of a same ramp shooter.

It is more of a 180-degree shooter but our team calls it a “same-side intake shooter”.

Generally, for precision/consistency/accuracy, you’ll want to build a 90° shooter design, which is why you can see so many FTC teams making them during Ultimate Goal. However, Ultimate Goal had teams shooting into an extremely narrow and small target. Spin Up is a different kind of game. You don’t need powerful, accurate shots at all, not even in auton. Because of the nature of the goals, in auton you want the disc to land in the goal on its downward arc, rather than still in the inclination. If your shot is still on the incline going into the goal, you are shooting way too hard.

But after auton, there is rarely a time where you need to shoot from range again. In fact, you want to be shooting into the goal during driver with as little power as possible, because overstuffing the goals is an important part of winning high-level matches, and having lots of power and spin can make this extremely difficult. That’s why you’ll actually see many teams opting to use a shooter that provides no spin on the disc at all— such as catapults or double(opposite ends) flywheels. They still manage to shoot consistently in auton because of the shape of the discs which are surprisingly unaffected by air resistance.

So personally, I highly recommend a straight shooter flywheel versus a 90° flywheel. you simply do not need the accuracy, power, and most importantly, spin, that 90° flywheels give. Straight shooters have proved just as consistent for this game, and are much less of a hassle and take up way less space. I would even recommend exploring other types of shooters as well: 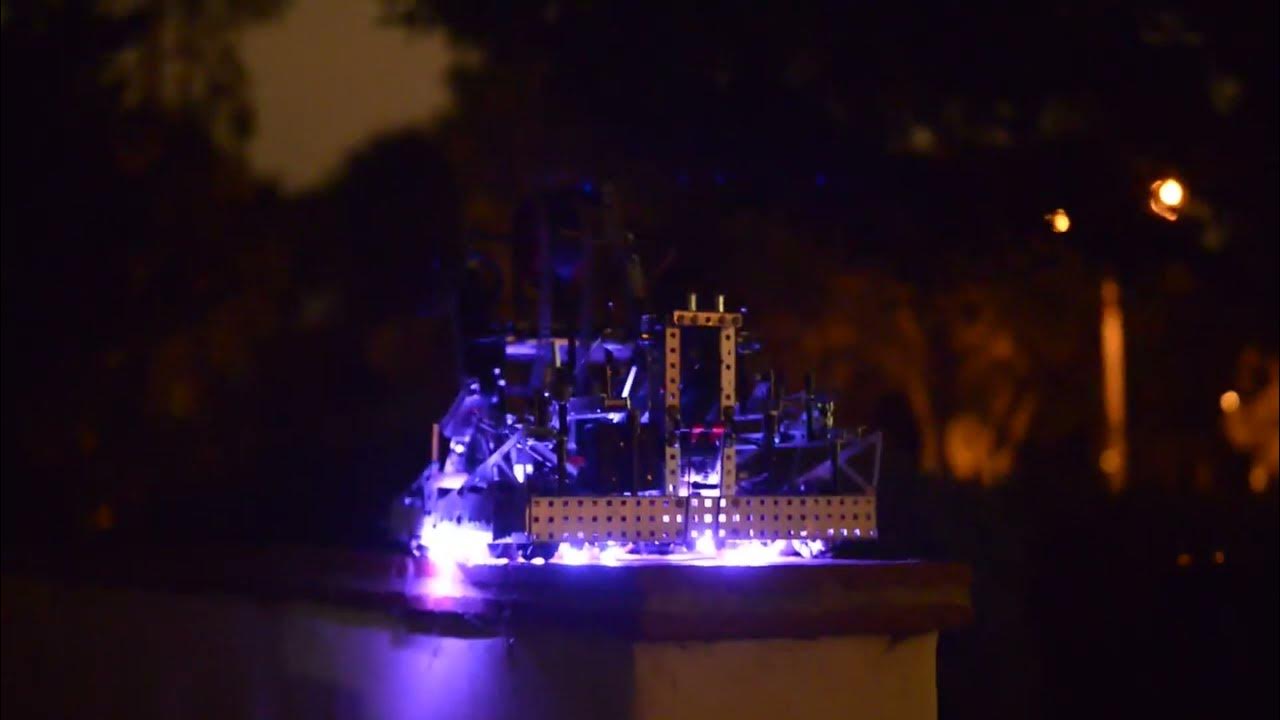 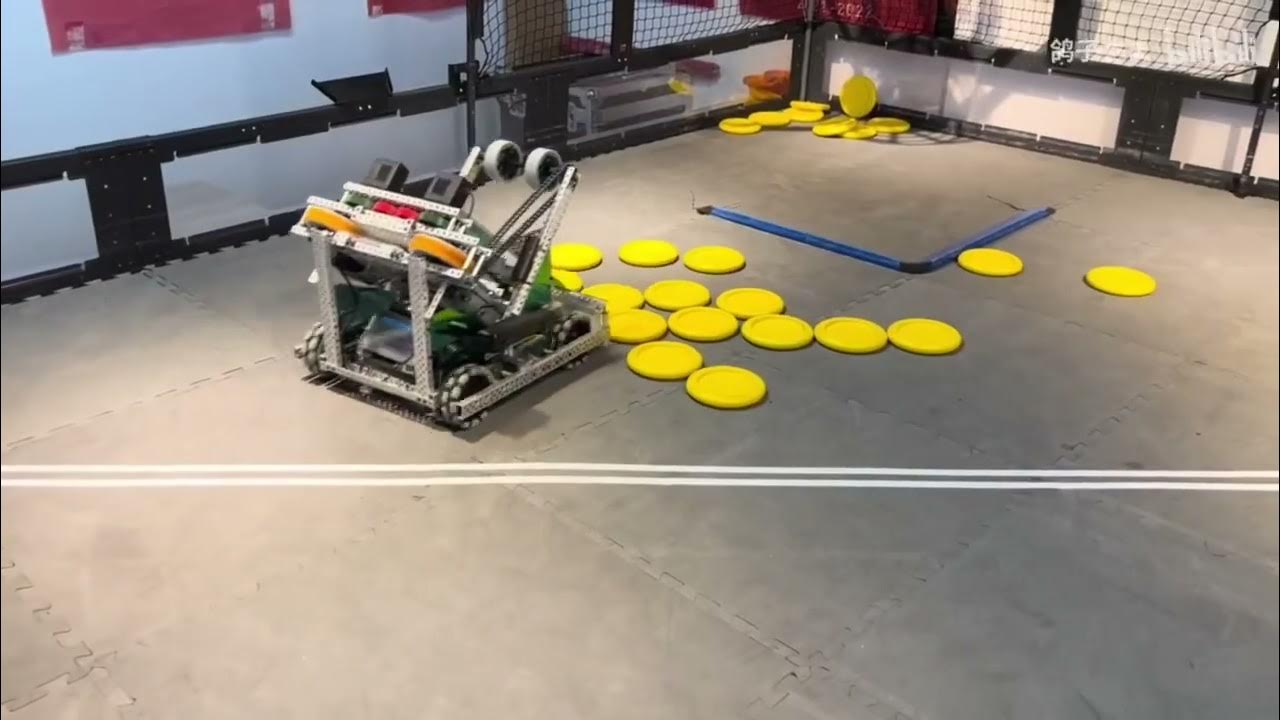 because overstuffing the goals is an important part of winning high-level matches, and having lots of power and spin can make this extremely difficult

This can also be done pretty reliably, I have found, by aiming at the underside of the top of the goal and letting them bounce down gently and land on the other discs, which is a viable way to stuff the goal if you have a more powerful or 90 degree shooter.

I have found success in a similar type labeled what some may call a snail shooter. It intakes from the front and flips it on its other side. That way we have a quick intake like the straight shooter, but also can intake from the front. Also isn’t too complicated and pretty effective, think change up bot but discs instead of balls