{a vex vr vrc sand box} I would like to make a vex programming tool/ game would u like to help me?

but in the end, I think it would be cool to have a robot builder would have all the parts to make a bot easier in VR (real VR not phone VR)

I would also like to add programming for autonomous periods. and hopefully, there will be a non-vr version alongside the VR one.

so what do u think?
feel free to ask questions… (-side note I would like help on this big project) 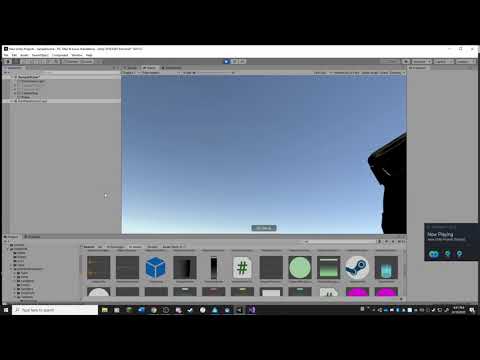 Why not use RMS mimic?

+1, the output quality to effort ratio is much higher for using RMS than trying to create your own software.

its just a concept

I was thinking about starting a similar project since I don’t have any hardware to experiment with. Here are some useful questions to get you started:

Hopefully this helps you start on the right path. If you are willing to update the thread with some more of your ideas and experience I might be interested. : )

This is a really cool idea. An idea I had was to have specific base control configs preset or maybe some sort of compiler to run code on the simulation just like how the vex microcontroller interprets it. Maybe you can also train a model to extract features such as weight, size, etc to make the physics more realistic.

its just a concept

I don’t mean to bash on your idea, but it’s not exactly a concept when you’re attempting to make this a real thing and trying to recruit people to help along with this which is why people are trying to ask some of these questions. I wish you the best of luck with your idea and hope you find the proper technical support to accomplish this.

This way it’ll be like actually programming a bot at least if teams cant really build.

Unity has a built in physics engine

1
well, I was thinking that I would have different modes where if you wanted to say go into “driving mode mode” so u would program the controllers with the UI I would make it a thing where if u point to it for a period of time then I would change the mode.(I hope I would be able to do all of them)

2
What problem do you want to tool to solve?
I want to make people understand my thoughts better because I suck at drawing (kinda ironic considering that I’m the son of two art majors)
and I would like to work on a robot because all I can do on mine right now is build it not test it
I want to make this because I want a test that my ideas work
there are a lot of ideas that I have not said yet

3
What is the extent of your physics, math, programming knowledge? Do you think you are fully equipped?
God knows feel fully equipped but when am I ever.
but this something I want and I think could make someone like me happy so I plan on try to will it into existence
i think if you want something you should do it for the most part