advices for the world championship??

hello, my team got qualified for the world championship and we have no idea what to? how to pack the robot? can we take it to the airport with us? any advice or information will help us

hello, my team got qualified for the world championship and we have no idea what to? how to pack the robot? can we take it to the airport with us? any advice or information will help us

To get started, you might want to have a look at this link:

However, getting items into and out of your particular country might have other customs issues, so you should probably talk to your local freight carrier about that. The same might apply to shipping a robot with you on an airplane trip. I know some teams have boxed up their robots as luggage, but you need to be very careful that the robot is carefully packaged. A simple cardboard box is usually not enough to protect it.

For some other information, go to the following link and click on a tab that says “Important Documents”.
https://www.robotevents.com/catalog/product/view/id/27450
(NOTE: I provided a link to the middle school division, but if you are in the high school division, I think it’s the same information.)
The high school link is here: [http://www.robotevents.com/robot-competitions/vex-robotics-competition/re-vrc-15-1717.html

I hope this is enough to get you started. But I’m sure other forum members will have plenty to add, especially as far as packaging and shipping is concerned.

I hope this helps. :)](http://www.robotevents.com/robot-competitions/vex-robotics-competition/re-vrc-15-1717.html)

thank you so much for your help <3

You CAN take it to US airports. My advice is to remove the wheels to prevent stress on the shafts in transit and if it’s easy possibly do the same for the arm / manipulator.

Pack the box well, but be aware that the TSA is likely to have to open the box. So be sure to mark the UP direction clearly.

Be sure to write owner information on the box, something to identify the box if it’s tag is somehow lost or damaged.

HAVE THE CHECK IN PEOPLE put fragile stickers all over it!!!

On arrival to the airport immediately request (usually at the check in) that the box be walked to the plane. I’ve had this done for me everytime for free. This is good because it prevents the box from going through the conveyer belts that handle normal luggage and it also semi-sets the scene, people are less likely to be surprised when they see it under a scanner.

If asked about batteries (honestly try not to mention the batteries, certain kinds of batteries are restricted on planes for VERY good reasons (IE lithium batteries), which has caused me a bit of explanation at the check in counter as a poor airline rep visibly became frantic as she tried to figured out if my luggage could go through, all she knew was batteries = bad), anywho just explain that none of the batteries are any kind of lithium.

Obviously don’t have any pressure in the pneumatic tanks.

Know the dimensions for oversized packages, it’s more than possible to get a robot in a box that isn’t oversized.

Bring a dolly, I cannot recommend this one enough. Also bring at least two power strips and plenty of battery chargers for robot batteries and controller batteries.

Teams will be everywhere, use whatever time you can to meet people. I’ve met the most amazing people at VEX and FIRST events.

If you really need something, ask other teams. You’d be surprised what teams will part with if you’re in a pinch.

Set some money aside for new vex thingies. Esp. this year, I’m fairly sure that something big is going to be announced and possibly sold at the event.

Don’t bring a controller that’s dead and lose a match because of it.

Don’t plug the radio into the programming port and lose a match because of it.

Don’t let Tabor use the more favorable starting position because his autonomous scores “90% of the time.”

Don’t let the official animation take so long that it’s still rendering as you board the plane.

Don’t decided to randomly go to the top floor of the Bank of America building in Dallas, there’s an angry asian guy up there who does reservations for some super fancy restaurant and he gets super mad when you show up without a Rolex.

Don’t “borrow” furniture from the other hotel rooms, people look at you really funny in the elevator.

Don’t rebuild the robot on the night of the 2nd day of competition. x3

Don’t play a LAN game of your highly modded exclusive copy of Empire Earth II all night with your entire team before flying out (although that was like the best nap-nap on plane-plane ever).

BRING A COPY OF WHATEVER OS YOU HAVE AND FOR THE LOVE OF GOD BACKUP YOUR CODE ONLINE SOMEWHERE (Dropbox, Google Drive, a ZIP emailed to yourself, etc). Because x-ray scanners and/or radiation from the upper atmosphere does mess with hard drives. I bought a copy of XP with me to worlds once, because at the last competition a team was begging for a copy all week, turns out my PC BSOD’d as soon as I booted it after leaving the plane. Luckily I was prepared, popped in the disk, ran a repair and everything was back. Took 30 minutes, could have been disasterous.

Have fun, don’t overstress, kick butt, be nice about it.

Another item you might find useful to read is the Vex Worlds Program Guide:

Most importantly, if you feel lost at Worlds or need something or simply feel overwhelmed, just be sure to ask around. Teams are generally very helpful, and if they can’t help you directly, they will find somebody official who can help you.

The most important thing is to make sure your kids enjoy the event and do not get stressed out over the competitions.

I’m actually rather curious how everyone here is planning on transporting their robots to worlds. We originally wanted to use a pelican case with 18x18x18 inner dimensions, but it was slightly tapered so our robot wouldn’t fit. A larger pelican case would cost a small fortune($325) in fees to send on American Airlines. As such our current plan is one industrial strength cardboard box in another industrial strength cardboard box with foam in between.

We have a road case from Safecase. The inside dimensions are 19x19x19 and it weighs around 40 pounds without the robot. Because of these things shipping the robot, while it would be very safe, would cost around $400. Luckily we have parent driving the robot and our luggage which makes things easy at the airport with just a carry-on.

BTW: The case took about 6 weeks from the time we ordered it to when we received it. In other words, if you order now you wont get it until after worlds.

We did the cardboard box inside a cardboard box to Dallas and to Disney. Be prepared for some damage. (Rebuilding inside a hotel room isn’t fun) You can mitigate it but know that it’s going to get bashed with other boxes. Follow Cody’s directions about taking the wheels off so it sits on the base.

They shipped a skid the last two years so I think that made out a little better than the single boxes did.

An adult with woodworking skills can build you a nice box out of plywood that will hold up to the trip, check around. You can get the metal corners that helps out a lot with the impacts with other boxes.

Has anyone ever tried ground shipping their robot in a box to a responsible person near the worlds competition location?

I’m actually rather curious how everyone here is planning on transporting their robots to worlds. We originally wanted to use a pelican case with 18x18x18 inner dimensions, but it was slightly tapered so our robot wouldn’t fit. A larger pelican case would cost a small fortune($325) in fees to send on American Airlines. As such our current plan is one industrial strength cardboard box in another industrial strength cardboard box with foam in between.

In the past we just built a wood crate and took it on the airplane as checked luggage. We were careful when building and loading the crate so that it was under 40 lbs (or whatever the overweight limit is) and also careful that it was under the size limit for oversize luggage. Because of this our robot only cost the normal baggage fee to bring on the airplane. (I think it was $40 for us)

I was worried about the robot being lost by the airline, thankfully we never had that problem. We did one time have a student’s luggage get diverted to the wrong airplane at a connecting flight…that was fun to deal with.

This year we are joining several other Minnesota teams on a charter bus! The robots will fit right in the cargo belly of the bus. Going to be a worry free trip…can’t wait!

Don’t let Tabor use the more favorable starting position because his autonomous scores “90% of the time.”

THIS WAS 6 YEARS AGO.

I was in 7th grade; just be impressed I knew what 90% even meant.

I was in 7th grade; just be impressed I knew what 90% even meant.

Many teams will ship their robot, supplies, etc. to the event. You can either ship to the hotel/a person there or to the drayage provider for the convention center.

For shipping the robot in an individual box, I would prefer express shipping over ground because the robot spends less time bouncing around in trucks/planes/conveyors and because it might be handled a bit more gently. Ground parcels are stacked into trailers to the roof, with your box possibly having a lot of heavy parcels on top of it (and sometimes being use as a stool to reach the top of the trailer), while express parcels spend most of the time in smaller aircraft “cans”(in theory). Either way, the robot should be fine with sufficient packaging.

If you have multiple robots/teams going or are working together with other local groups, you can also look into crating/palletizing everything and having it shipped LTL.

There’s a couple posts in this thread with info on robot transport:
https://vexforum.com/t/nationals-advice/28760/1

THIS WAS 6 YEARS AGO. 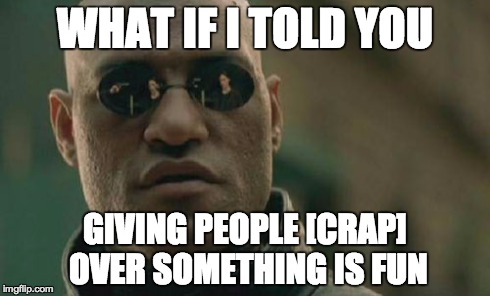 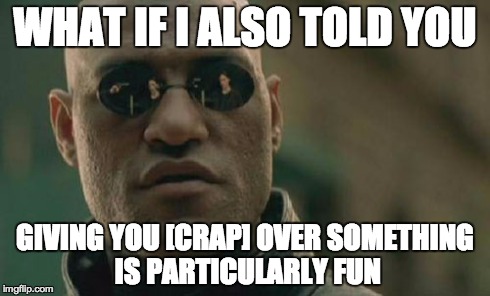 James, it worked -1/10 times, I swear to God quantum mechanics would create an anomaly and destroy the fabric of the universe before that cube ever made it into the goal.

This is all you need when you go to Worlds. Nothing else.

I’ve seen lots of teams use a 20"x20"x20" corrugated cardboard box, which provides an envelope to hold everything together, with 1/4" (or 5mm) plywood slipped inside on the bottom, sides and top. Use gaff tape or duct tape to hold the plywood together at the corners (inside the corrugated box, remember?). The plywood provides lots of crush resistance and impact/penetration resistance and the box holds it all together. It takes a lot more woodworking to build a wooden crate than it toes to cut some squares which you slip into a corrugated container.

Another useful document is: 101 Things You Should Know Before Your First VEX Tournament . This was compiled from the experiences and ideas of dozens of people.