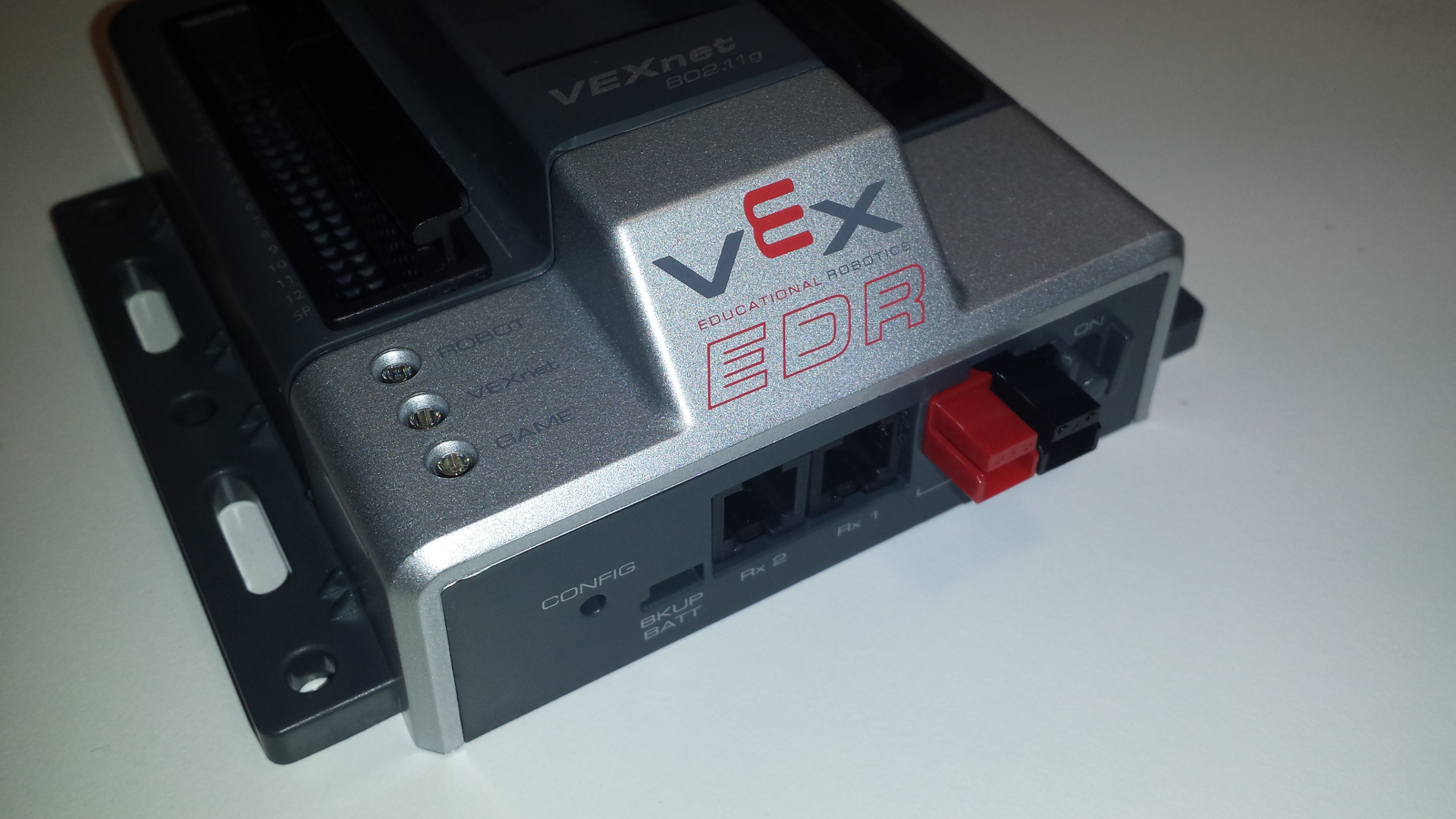 This is just a picture of something I wanted to test. I think I might do this for all of our Cortex’s as the power connectors are horrible. As much as we like the VEX controllers, they just aren’t as robust and sophisticated as we would like them to be, so we might develop our own controller that is VEX compatible.

While I would agree that VEX controllers are annoying because the inside connectors can wear out I doubt you are going to get much interest. (VEX actually fixed this on a 3 year old cortex for me for free.)Neither the modification nor the proposed controller is VEX competition legal and that is something people in general are pretty passionate about on this forum.

I had all of our Cortex’s serviced by VEX and they replaced all of the power connectors with the new black connector. It works, but still isn’t perfect. I am apart of KING TeC 2169, a student led FRC team based out of the Prior Lake High School, and we run our own middle school robotics competition, where we annually design a game for the students, and they get to use our VEX kits to build a robot and compete. To us, nothing has to be officially VEX competition legal, because we don’t participate in real VEX tournaments, and we don’t use their game, we create our own.

I have made a field control system that all of the controllers plug into just like the official VEX FCS. I have also made little switches that mount on each controller so teams can toggle between autonomous and teleop. I have helped a lot with the program, because I like to see what the kids can come up with, and I have always found it to be a fun program

I participated in it for 3 years, and I have been helping with it for 4 years post participating. Just some fun facts