Skills Loads – The three (3) Stars and two (2) Cubes that Student Drive Team Members may load
onto the Alliance Station Alliance Starting Tile or into their Robot at any point during a Skills Match.

on the VRC HUB version of the robot skills challenge manual 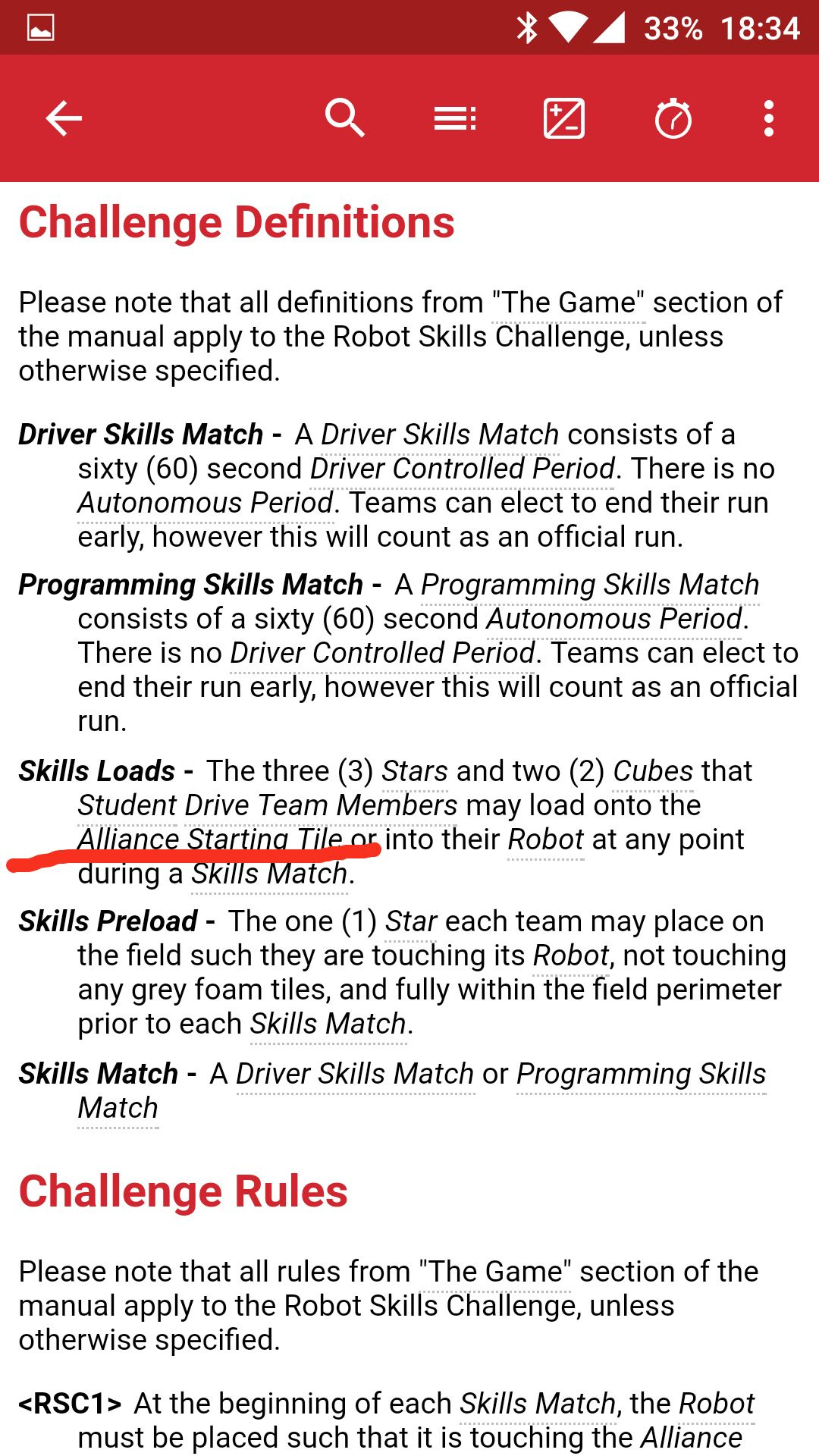 Also, does the same apply for Robot and Programming Skills?

it is ruled that the same rule apply to skills challenge which is you can only load onto the alliance station alliance starting tile.
Also i think it would be more clear to understand if it is rewritten as skills starting tile since there is only one legal starting tile to start on each side.

Note that there is a difference between the two manuals.

You can the version error you’re having in VRC Hub by going to the main Hub screen and bringing up the Starstruck menu by tapping on the 3-dot button and selecting “Remove download”. Then tap the same button and select “Download”.

We’re working on replacing the current sync algorithm with something better so it’s not possible for the mobile to get out of sync with the server.