Per your request, I’ve drawn an illustration depicting two cases that occurred at my tournament that I refereed. 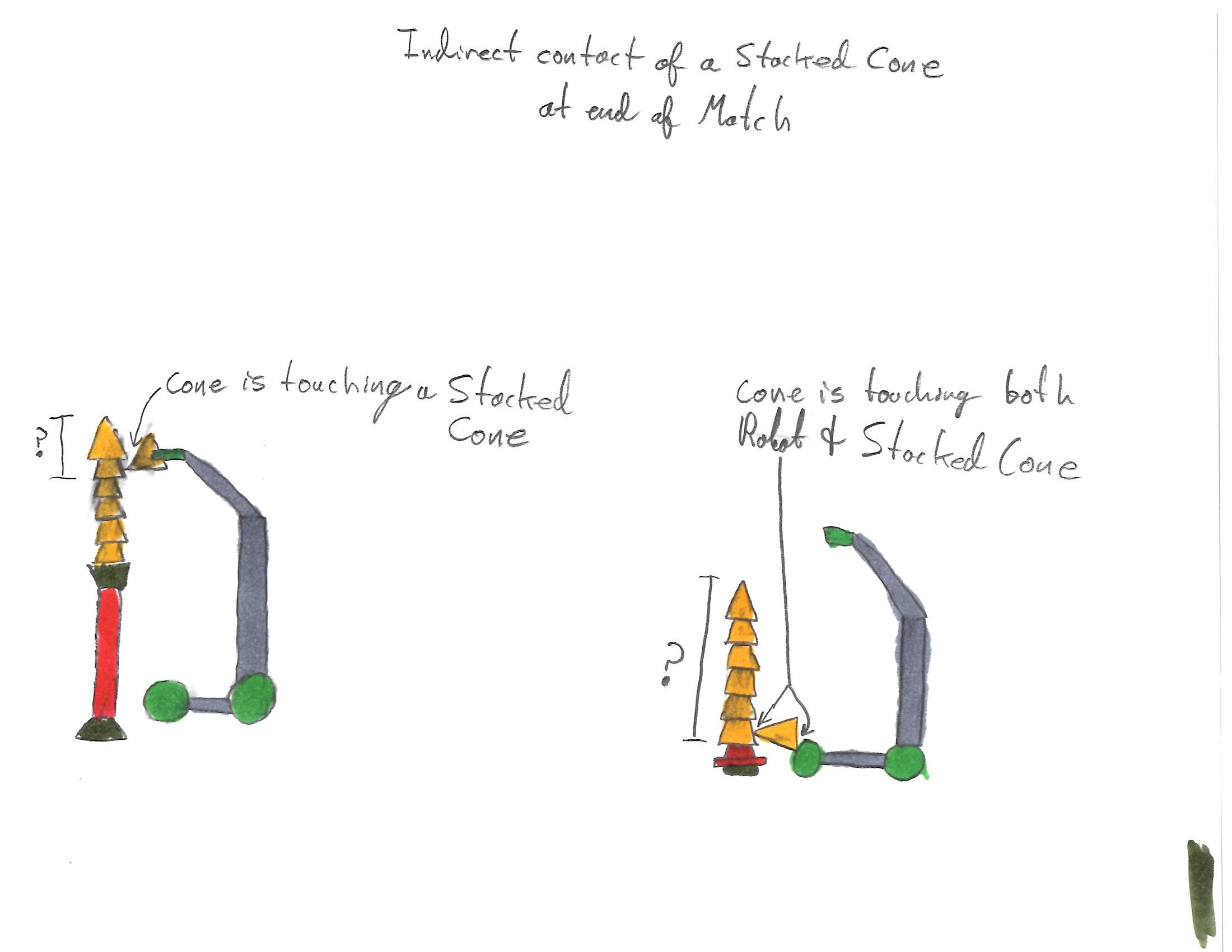 In these two cases, the Robot itself is not contacting a Stacked Cone, but it’s touching or holding a cone that is touching a Stacked Cone. I used <SG15> in conjunction with criterion #2 of the definition of Stacked to rule the cones marked with a question mark as unstacked.

Question is, in these two cases, was my ruling correct?

The action described here (a Robot contacting a Stacked Cone) is not illegal, it just doesn’t satisfy the definition of Stacked. <SG15> is intended for illegal maneuvers, like <SG4> (pinning) or <SG5> (removing Cones from an opponent’s Stack).

Thus, all of the Stacked Cones in your picture should be considered Stacked.