Since I’m home for Christmas break, I’ve spent the last week or so building things out of Vex IQ.

This is a ‘motorcycle’ (Actually it’s a tricycle). I planned on building a car to use the differentials (since we have a lot of them and have never used them, and to demonstrate how they work). But, proper Ackerman steering was too difficult for a quick prototype, so I ended up with this, and later built the car. It drives okay, and the Modkit code is attached.

When driving, both motors drive the center of the differential, with the two side outputs connected to the two rear wheels. It works as expected, with one wheel spinning faster when turning, but since the differential is entirely open and the friction is very low, if either wheel is lifted the other will not receive any torque.

Steering is done using a single motor. The joystick position is multiplied by a gain and used as the steering angle directly (so a centered joystick should result in centered front wheel). However, the Modkit set angle function appeared to block until it got there, which was very slow and unresponsive, so I wrote a bang-bang controller in a forever loop.

A link to an album with many images: 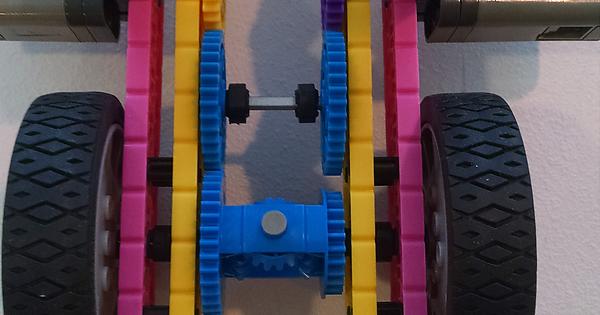 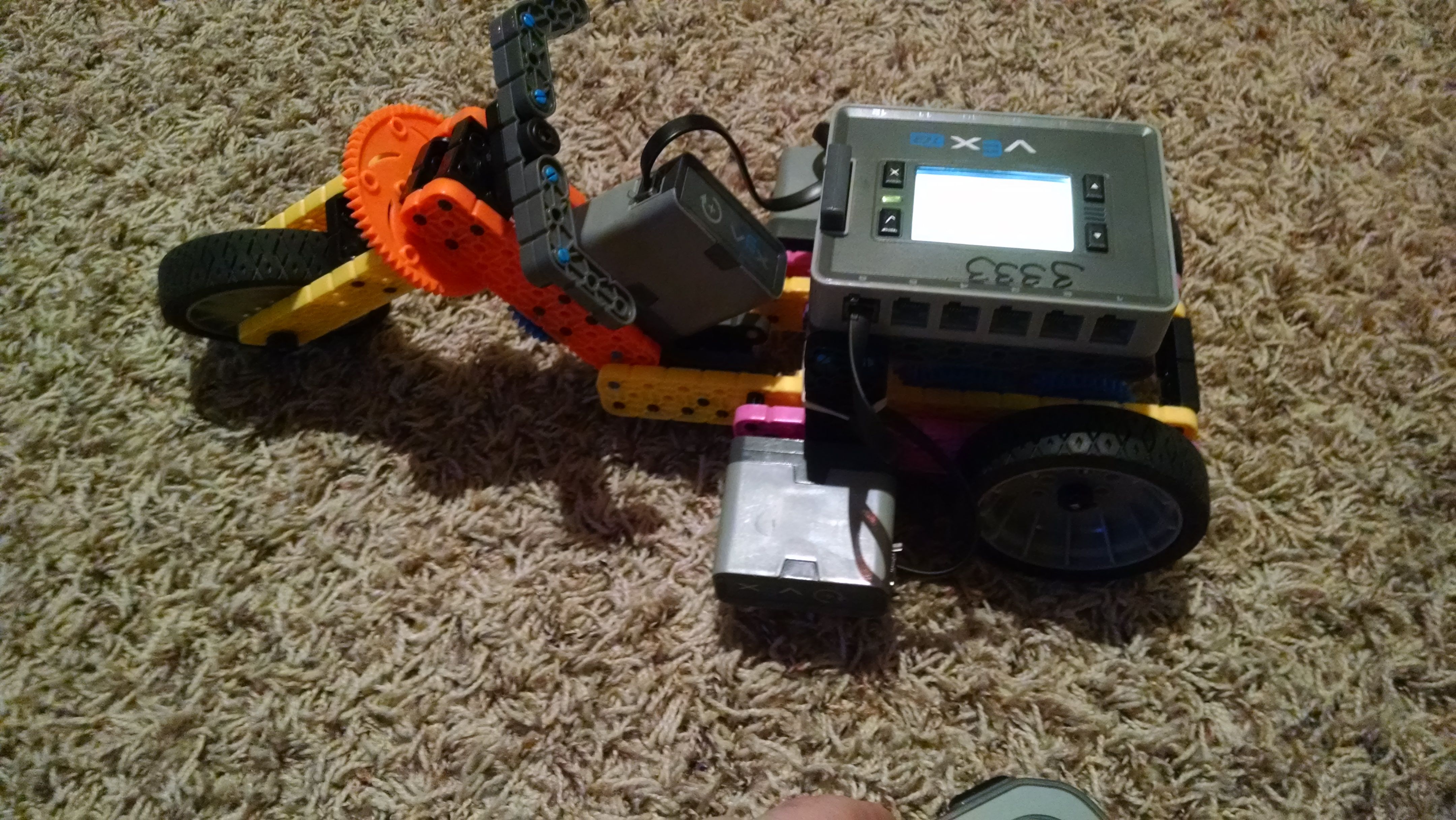 For the Modkit code, rename it to an mk4v file, since those can’t be attached to this forum for some reason.

I suggested to a contact at vex a while ago that they add a little extra weight to the differential mold so that the side opposite the central bevel gear is heavier (i.e. balanced) when the differential spins. So far, no response, but have you noticed the unbalanced weighting affecting your designs - either positively or negatively?

Hope you can find time to keep building / posting when term resumes!

I haven’t posted all my product ideas. Still tinkering. Meanwhile, I have a bot with four indepently movable arms, each on the same shafts as their drive shafts. It uses 6 motors and tank treads. It can climb over almost anything - including an overturned vex IQ super kit bin!

I can’t reply to your PM to you for some reason. Could you check your settings?