Hey Guys!
This isn’t specifically related to vex parts in Fusion 360, but I am designing a new bot, and I want to put slits in a piece of plastic that would be the hood, to use with the flipout. I have a flat piece that is the same size, and already has the slits where they need to be: 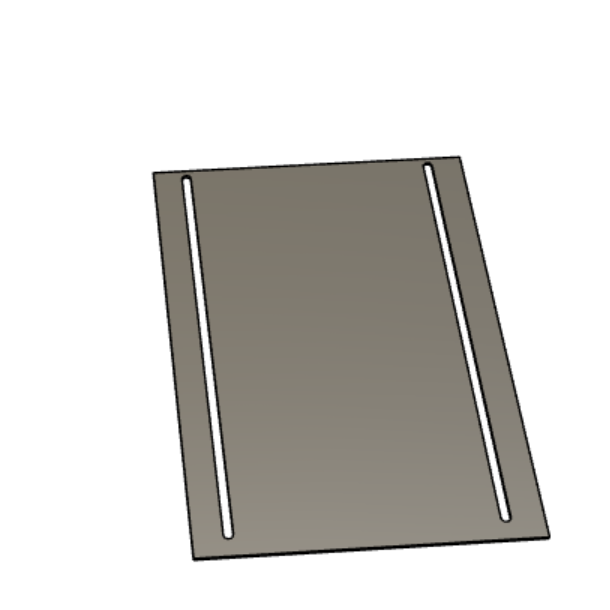 I want it to have the same curve as this piece: 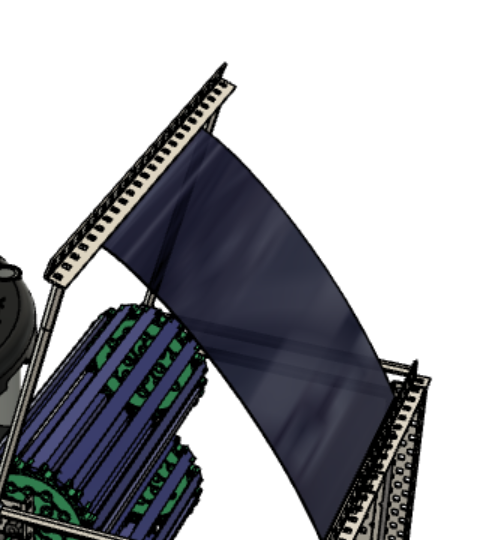 Can anyone help me with this? I’m still kind of new to Fusion 360.
Thanks!

the way I create curved polycarb in CAD is that I make the side profile in the shape I want, and then extrude it to the desired width.

in order to add those slits I would just then create the shape of the slits and do an extruded cut through the hood.

That’s how I got the curved piece on the hood, but I can’t (As far as I know) create a sketch on the curved surface, which is why I want to apply the curve to the flat part.

Make a plane tangent to the curve and sketch the cutouts on the plane. Project the sketch onto the surface and extrude.

Hmmm. Tried to do that, @mvas, but it only lets me make the plane tangent to a full cylinder or cone, not just to the curve.

you don’t even need to make a new plane, you could just use an existing one. just create the sketch above the hood, and extrude it through. it will be difficult to get perfectly precise dimensions this way, but really you don’t need perfectly precise dimensions for this particular cad model, unless you’re planning on using the CAD file for the hood to machine it, which I’m guessing you aren’t.

Alright, that’s what I figured and was just about to do, thanks.

Alternatively, (if the notches have to be precise), you could extrude the side profile in segments. It’s way more tedious but I can’t think of anything else. Other than that, maybe browse around the tools –– there is usually something built into the software. If not, maybe there’s an online download that can help