I asked this question before, and it was recommended I make a thread about it: which is better: arcade or tank drive. Why? Opinions?

I’ve stated my opinion in the other thread, but I much prefer tank drive.

imo arcade is easier on the driver, it’s less to think about. Also, it saves you a joystick on your controller for something else (or two things, that’s two whole channels there!)

Tank, I use it because I feel like it can be more precise with turning.

Tank, unless you have an x drive or Mechanums. Much easier to use and drive.

imo it’s all up to preference. I prefer tank drive, as I feel like I can get way more control over the bot. whenever I try arcade I feel like the robot is very difficult to control, but that’s probably just because I have no practice with arcade.

I prefere tank because it is easier and feels more accurate, which sucks cause Im planning to do an x drive this year

Our team went to split arcade this year to great effect, the left stick only did forward/backward, and the right stick did left/right. This gives the precision of tank drive and the good driving of arcade.

hmm I’ll have to try that sometime

I find that I have better control with split arcade.

What is split arcade? Is it using one channel to go front back and the other to turn?

Which is better? It depends on what you need for your robot and your mostly drivers’ preference. And when I say mostly preference I mean its a rare rare case if you ever need to consider a control style other than preference (excluding laziness).

If you really need to maximize your buttons, you can use arcade on one stick and use the other stick for a mechanism. I don’t like doing this personally. I think if you want analog on a mechanism it should be kept to the non-chassis driver as the chassis driver shouldn’t have to worry about “How far should I be pushing this stick?” It should be push a button and it works (IMO). Arcade is more “intuitive” so it might be better if you are doing outreach, but people still catch onto tank pretty fast (you just have to explain a bit more sometimes). If you need to maximize performance/program weight, tank is technically better as there is technically less overhead. However the amount of performance you could gain is so tiny that if you need to do this you should rethink your entire program (IMO). So that just leaves your driver’s experience and preference.

My drivers normally like arcade with forward on left stick and turning on the right stick (split arcade). This means they can turn by just turning the stick and move forwards with just moving the stick forwards, without accidentally doing the other when moving the stick around. The other driver prefers tank though, so again, preference. Me personally, I think I prefer tank just a tad bit more than arcade.

I’d also say instead of picking whichever one is more popular on the forums to try them both out. Make a tank program and then let the drivers play with it. Do the same with an arcade program. Ask them which one they prefer, and have that be your control style. This also doesn’t have to be final, you can swap from arcade to tank/vice versa anytime in the season. Have fun.

Personally I like tank best because It is easier for me to understand and I feel like I have more control over the bot. Though I do like split arcade too.

Apparently this is less common than I thought…I prefer arcade. When I first started robotics I used tank and liked it but then (when I didnt know what I was doing) programmed an arcade and got used to it. I like it better because: when going full speed you just rotate side to side at the top which means you can go full speed forward and make slight corrections and sharp turns easily while still moving forward, also i use the right joystick for my lift because I like the freedom of being able to slow it down for more precise actions, but use full speed when lowering…etc As said above, try both and see what you prefer, taking note that trying a new style will take a while to get used to.

Just because the way I was originally taught to use/program a controller is tank I have a hands down favor of tank. (But being completely honest I’ve never used arcade but i don’t find it appealing looking at it.)

To be honest, I never thought about it either, but now it just makes sense. Going forward usually you just push all the way forward and then move it slightly to a side to turn.

I prefer tank controls for mechanum wheels because it looks like how people in movies play video games when they have no idea whats going on.
BOTH STICKS FORWARD
BOTH STICKS RIGHT
NOW WIGGLE THEM INDEPENDENTLY 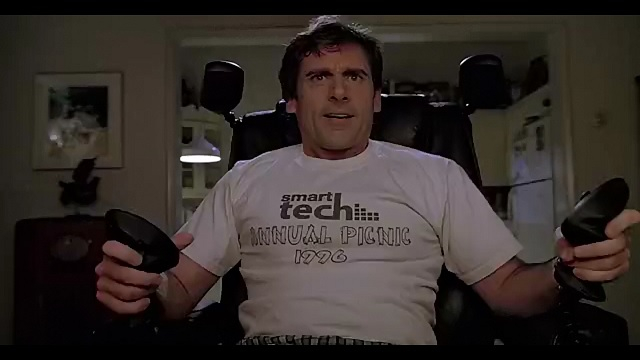 For me I like tank more but if my robot needs to do more things I prefer arcade, also maybe it’s just me but I’m worse with arcade than with tank for some reason.

My team does a split with the right stick for turning and the left stick for forward / backward. This year with a X-Drive we put the strafing on also the left stick. We prefer this because it allows our fingers to be able to press more buttons.