Is it necessary to use a gyro sensor for autonomous 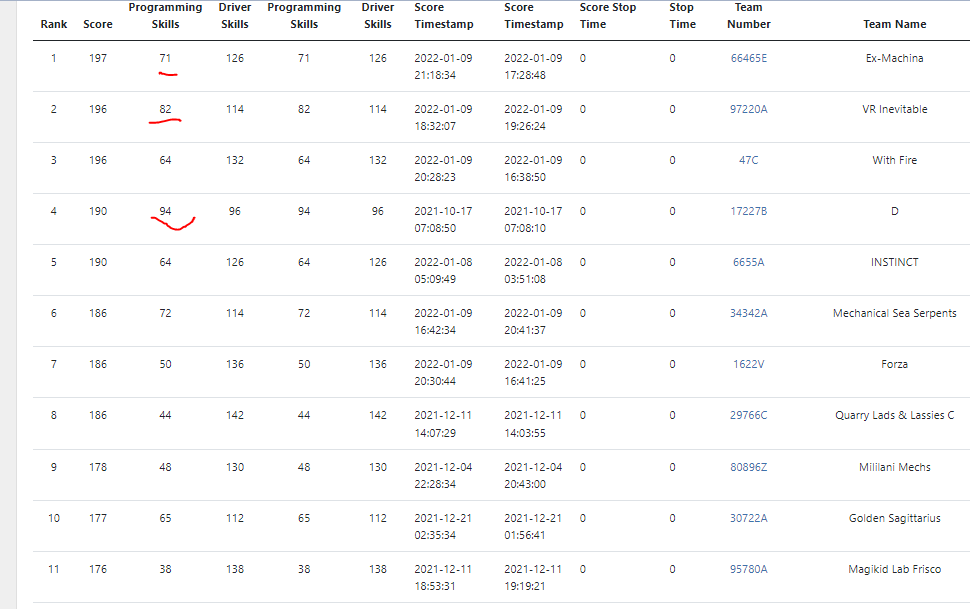 i would use the inertial sensor, but yes, the sensor is needed for very accurate autons

I think they are talking about IQ, which the v5 inertial is not compatible with. But yes, a gyro would help make your autons better if you added heading correction.

No, it’s not necessary to use a gyro for autonomous. A gyro is a good sensor to use, but you can do fairly consistent turns without it. There are mechanical things that need to be handled in order to get a good autonomous without a gyro, plus you may need lots of testing and tuning to get things right.

From those scores, it looks like those team are shooting the balls into the goal. A gyro may not be as important as something like a color sensor.

I’m on Ex Machina (66465E). If you want to get a consistent autonomous, either the gyro or inertial sensor is a good tool (inertial is gen 2). I wouldn’t recommend a color sensor (unless you are doing line tracking), instead use a P loop or something similar.

“…instead use a P loop or something similar.”
Can you give an example about this?

Lol we are on a forum post, and I do in fact suggest you use coding methods like PID