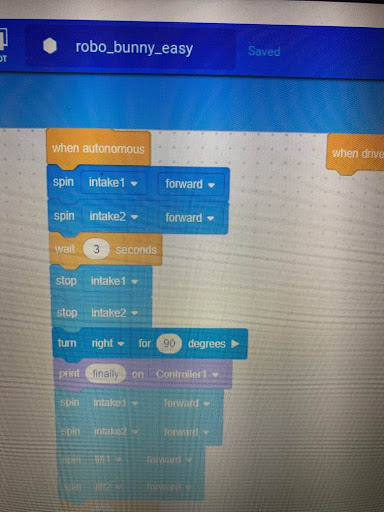 any help or suggestions would be helpful 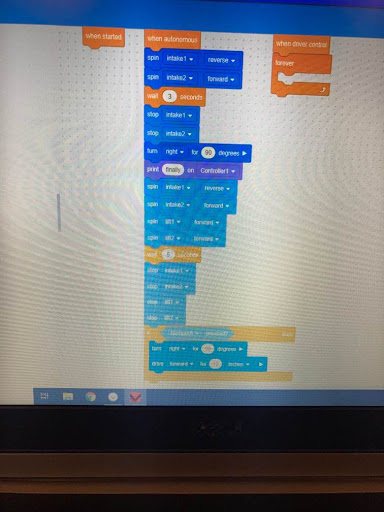 I believe when that in your program, it is never defined how long the motors should spin. Because of that, none of the motors will spin.

Does your program contain your autonomous and driver together?

The reason I ask is because if you have your driver and autonomous together then it would not work unless you the deactivate controller block.

Also, can I see all of your autonomous code? (If you allow me) I want to check something out.

I believe that the reason that your program is not working is because you have all of the motors “spin” The only way for that to work is if you either predetermine the rate and amount of rotations the motor spins or you put the spin portion of it in a loop. To fix that while still using time, you could spin the intakes in a loop set for 3 seconds. That way, the program will run.
EDIT: Never mind, just realized that VEXcode blocks uses slightly different logic then what I had in mind. 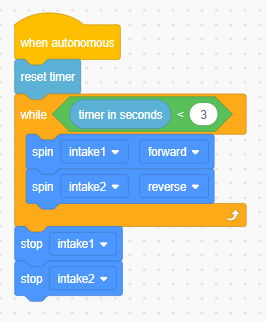 Also, have you configured a remote in VEXCode?