Hi, I recently participated in a remote-live competition, and our team’s autonomous points weren’t scored. We explained to the judges that we connected a row (not our home row) but they didn’t understand so they left it. Below is a picture of how we connected a row: 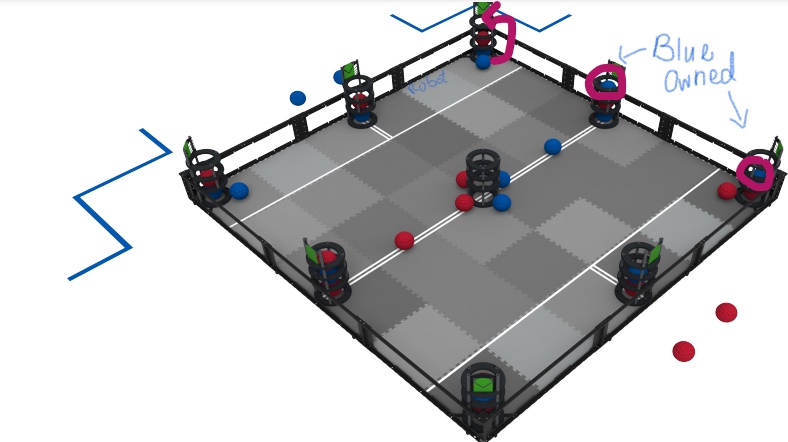 Ok, so pretend our alliance wins autonomous and receives the autonomous bonus. Since I got 13 points in autonomous, those points don’t go anywhere?

But, our robot can intake the blue ball in front of the goal and score it on top of the red ball, which will allow the blue alliance to own that goal as well.

That’s not what determines goal ownership for live remote tournaments:

Thus, whether you connected that row depends not just on what your robot did, but also on what the other 3 robots did.

We explained to the judges

Also - judges read and evaluate engineering notebooks, interview teams, and decide who wins judged awards like Design and Excellence. The people who score and officiate matches are called referees.

Ok, so pretend our alliance wins autonomous and receives the autonomous bonus. Since I got 13 points in autonomous, those points don’t go anywhere?

correct, points from goals and balls are totaled only at the end of the match.

Thank you for answering my question!