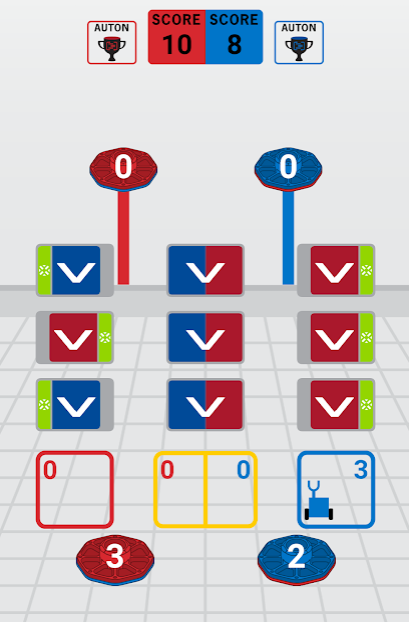 The reason why you believe it is a tie is because technically both alliances scored the same number of points. Red getting 1 cap and 1 middle flag, and blue getting a park. However you aren’t counting swing points. The reason red won is because when the front robot toggled the middle flag, they did two things. They added 2 points for themselves, and TOOK AWAY AND DESCORED 2 from the blue alliance. This concept is called swing points.

@Echo_Robotics … you are correct … I didn’t count the swing points.
This means the middle and high are actually 4 points each compared to parking which is 3 points.

yup - the most confusing part for people who don’t score often is that both teams start with 7 and you have to make sure all is accounted for.