Does everyone want to list their auton strategies (preferably stating what type of bot they have) and we can discuss them? I just want to start something productive amidst the memes that, well, lbh, I helped create.

I haven’t been able to write one yet, but I’m planning on simply grabbing the stack of four and placing it in the protected zone goals (I’m going to have a simple defensive, glorified clawbot)

THats my goal here, but I also want to go for one of the towers with my preload

Isn’t the best option (especially for tray bots) just to stack as much as possible? Unless there is a color specific strategy we can use to outscore reasonable mass-stacking

Mine is get as much cubes in our tower but stay in an area that is away from the alliance teammate.

We actually use a run very similar to that, but we go for the L-shaped cube set first compared to the straight line given that it’s farther away from the goal zones.

(Edit: I just realized you place a cube in the alliance towers. We don’t do that part.)

There is a 4 tall(I’m doing traybot). Run into 4 tall, insta grab the stack, grab the other four on my side, stack in the non-fat zone. 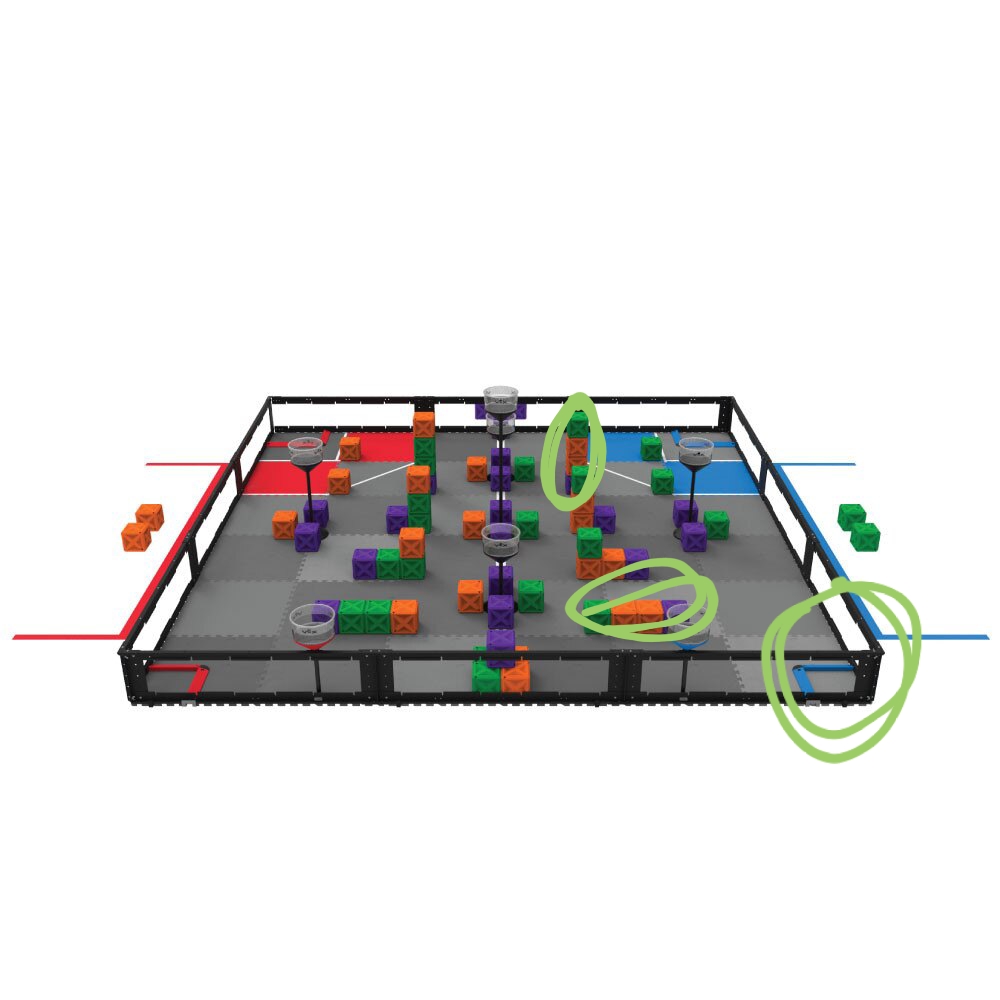 Lol. I’ll come up with another later.

Edit: for the first couple comps, in my region almost nobody has an autonomous, so.

legit every region has that. tbh i think a one point auton can win some matches with the bonus

One point autonomous, take a nap…

legit every region has that. tbh i think a one point auton can win some matches with the bonus

literally how our autonomous was pro during our first competition

this is what my robot does: (red start, pink finish) the robot is a tray bot 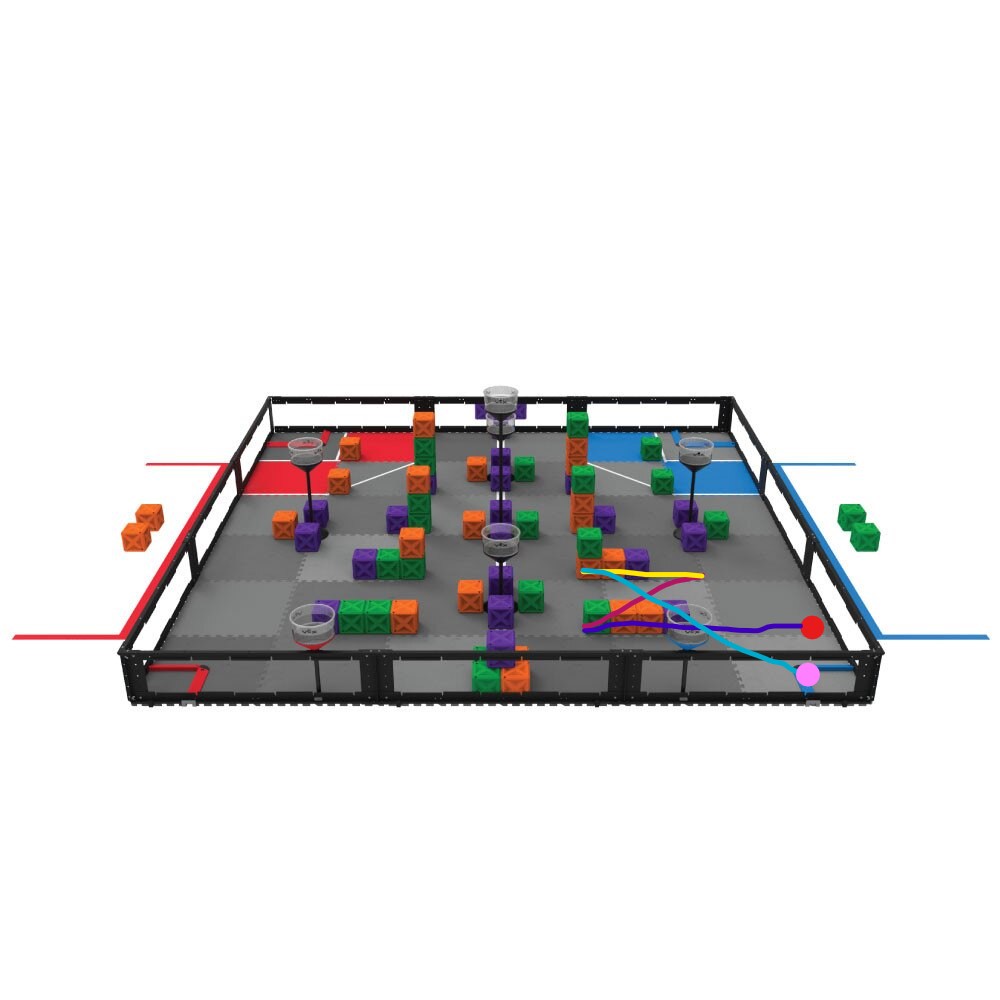 Isn’t that the same as my run but without the tower?

Dare i say this, but i think its quite risky to score in towers. I could possibly be the reason you lose if played incorrectly. I would just stick with not scoring in towers and just going for sheer cube count.

I tentatively agree. The towers are very risky at least in auton. Your alliances stack could topple over, only augmenting your opponent’s points. Or, the other alliance could score a larger quantity of cubes that are of the color in the tower. They could easily start beating you. Plus, it is less consistant and you run the risk of missing and your opponents just flat outscoring you. The cubes are heavily spaced enough that it would be difficult to make placing a cube worthwhile.

towers are kind of useless. there’s no point in making your stack worth more in auton, since you risk benefiting your opponents as well. a good simple auton is to intake that line of 4 in front of the unprotected goal zone, then place it as a stack of 5.

What do you think a competitive autonomous score would be? I’ve only been able to get 5 with our current design.