My middle school team has discovered a problem with their robot that neither they nor I can troubleshoot.

There robot is a simple single arm backward dumping style. They power their arm with 6 standard motors in a 3:7 gear ratio. This had been working very well for them being able to lift stars and cubes through an entire match. Now, though, the battery (any battery) seems to die off quickly (<30 seconds) when trying to use the arm. Using a battery tester, we have placed a battery with a full charge into the robot and then tried to run the robot and then when the arm dies read the battery again and it will be at about 85% charge. We have plugged in batteries and not run the robot at all and the battery doesn’t lose any unusual amount of charge. We have also put in a battery and just run the drive and the battery consumption seems normal. We also removed the gears from the lifting motors and confirmed that they are running in the right directions and are turning at the same rate, at least without any load.

No changes were made to the robot. The motors do not appear to be tripping the PTCs as the motors continue to try to move, but they just seem to be too weak to lift anything. We tried adding a power expander and moving half of the arm motors to it, but it doesn’t seem to help.

Any suggestions would be appreciated. We will not able to try them until our next practice on Tuesday afternoon, though.

If you’ve eliminated mis-wiring such that motors are working against each other, then the possibilities are:

You can test and eliminate 1. by moving the arm motors to a different set of ports. You can test and eliminate 2. by examining any extension cables for exposed wires and shorts. Also unplug, examine the pins (bent? pushed back?) and put back in place. Swap out extension cables, if you’re not sure. Swap out motor controllers to eliminate 3. If you don’t have extra controllers, swap with controllers on the drive, and see if the problem stays with the motors or moves with the controllers.

If it’s none of those things, then motors are next.

Tbh its probably not a battery issue, what your doing is overheating the ptcs inside the cortex, because it would do as your saying, motors slowing, battery replacement fixing it, etc quick google should help you

In the OP, they state both their observations and steps they’ve taken which tend to rule out Cortex PTC trigger.

Thank you both! I’ll print this and have them start with examining the wiring and swapping motor controllers

Are you testing your battery under load? I might recommend https://www.ctr-electronics.com/battery-beak.html which tests our batteries under a 5 amp load.

The arm dying may very well be ptc tripping but if it is it is because of the high gear ratio. And the battery drain as well would be due to the high gear ratio. At 85% the cortex battery led should still read green on the joystick (see http://curriculum.vexrobotics.com/appendices/appendix-2 ) but I would want to know what that second led on the joystick is looking like when you are lifting a load and if it is turning yellow or orange or red I’d say it is your gear ratio. And replacing the battery would cure it because the ptc have time to reset and of course you have a fully charged battery.

You do not say but since you refer to only one battery and note the drive is also on the battery, i assume that you are not using a power expander. A power expander might help but I still think the gear ratio is the real problem.

Checking the motor controllers though is a good suggestion, too. We have smoked one under load and have had several others fail this year. If you have a questionable controller, you can try opening it and doing a visual inspection but they really don’t reseal well. But a failing motor controller will often have a smokey smell to it and you can try giving them the sniff test. The pic mc caught fire in our third match of the year (which we won) but still smells smokey 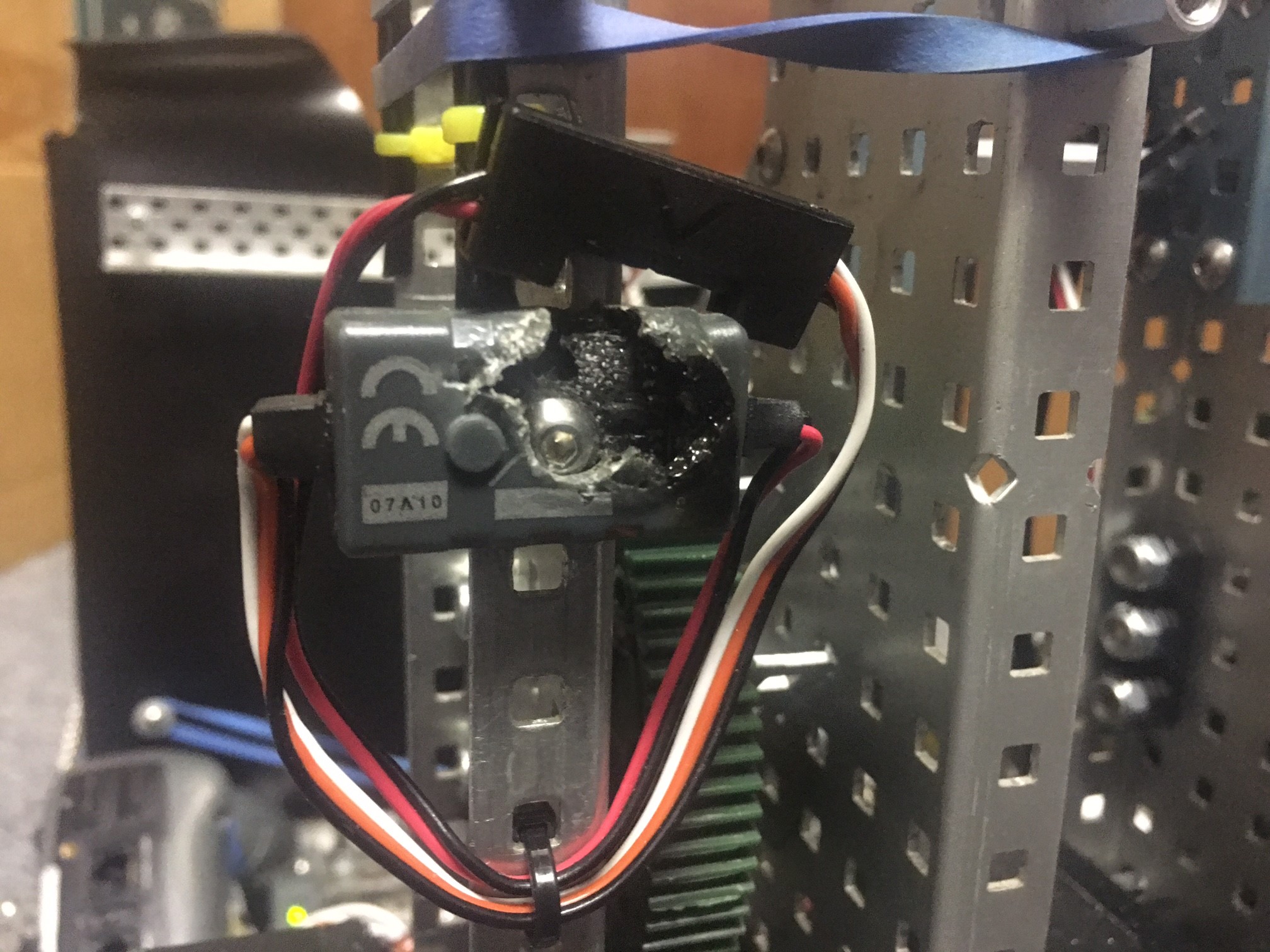 Thank you gcfky for your response. That is the exact battery tester we use. I agree it isn’t the batteries per se, because it wouldn’t be all of them.

Concerning the gear ratio, it may well be a root cause, but had worked for well for a couple weeks. The sudden change in performance makes me think something failed and the motor controllers are at least an easy place for the students to start.

I’ll have the students make note of all the lights when we practice again.

They did add a power expander, but didn’t have enough of the jumpers to move all the motors they wanted to as we were at a competition not in our classroom.

If this happened at a competition, I’m going to say it may just be the gear ratio tripping the ptc as anecdotal reports suggest that once a ptc is tripped it tends to trip quicker the second time. But officially, I understand this may just be urban legend. However I do think it is still otherwise a problem with quick turnaround matches when the motors do not have a lot of time to cool down. But you cannot go wrong following all possible paths.

It may well be friction as well. You never know until you take a look. My middle schoolers played through losing in the finals this past weekend with this. That screw with the 1/8" spacer was bent to about 75-90 degrees 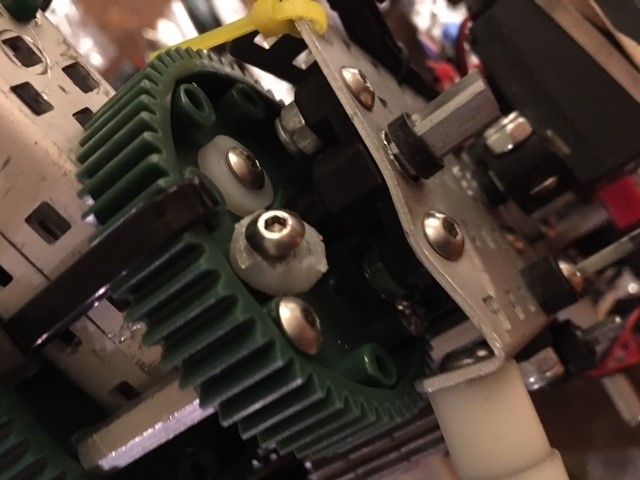 It could be PTC related. I suspect a lot of our PTCs got overtaxed last year in NBN. And I would agree that it seems once a PTC is tripped it’s never quite right again. If it is PTC, then when they first fire up their robot at practice they should see no problems immediately, because it will have sat for 72 hours.