I made this battery holder to make attaching the battery more secure, and to make changing batteries much easier. It works much like a one-piece shaft collar; it fits the battery, and uses friction to hold the battery in place, without causing any damage to the papery skin of the battery. It uses a .25" standoff with screws screwed into it from both sides as a pivot. Make sure to screw in both screws at once, so that there is less stress on the part that holds the standoff. On the other side, there is a nut that is held in place by friction, the lock washer, and the bottom part, and this nut won’t come out in normal use (although it can be taken out with an allen, or something similar). The screw that goes into it is held in by friction, so that it won’t fall out when the battery holder is opened. It screws into the frame of the robot with two screws at the bottom, which are counterbored so that the heads don’t touch the battery.
This went through several revisions, and the three earliest revisions are shown attached to the battery. This was printed on a makerbot 2x in abs, and takes about an hour to print (for both pieces at 15% with 2 (or 3?) shells); make sure to print one of them flipped over and on their side, so that the plastic runs across the battery (this can be seen in the pictures), so that they are even. Don’t screw the main screw in too hard, or it may crack the plastic. To adjust the compression of the battery, adjust the “space” parameter in both files (top and bottom), I found that .035" works best. More compression will risk cracking the plastic, less will not hold the battery as securely. The thickness of the material that goes over the battery is .225" (controlled by the “thick” parameter), more thickness is not necessary, that part won’t break as is.
This is not competition legal (because it isn’t an official vex part… yet), but it can be used in the classroom. Battery mounting is much easier and allows the battery to be mounted in more positions, taking up less space, and allowing better weight distribution.
By the way, these battery holders have been dubbed “Zev Ties” by my electronics teacher, because my name is Zev, I like zip ties, and these are a superior alternative.

Also on thingiverse at: http://www.thingiverse.com/thing:432597 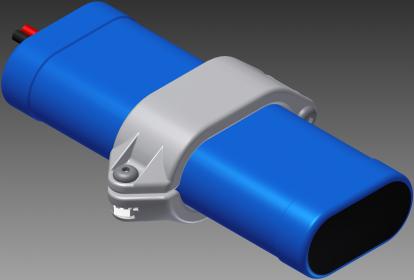 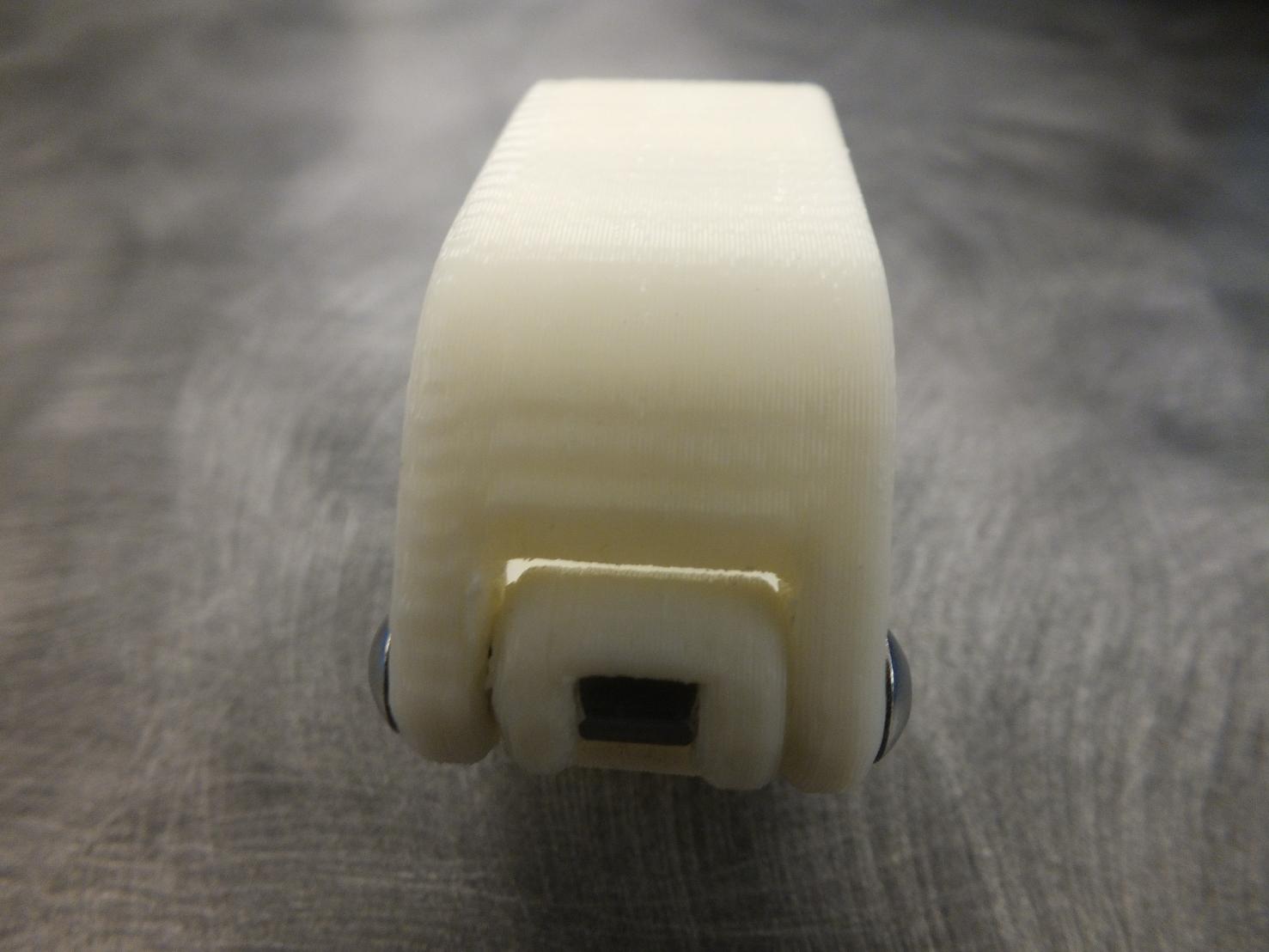 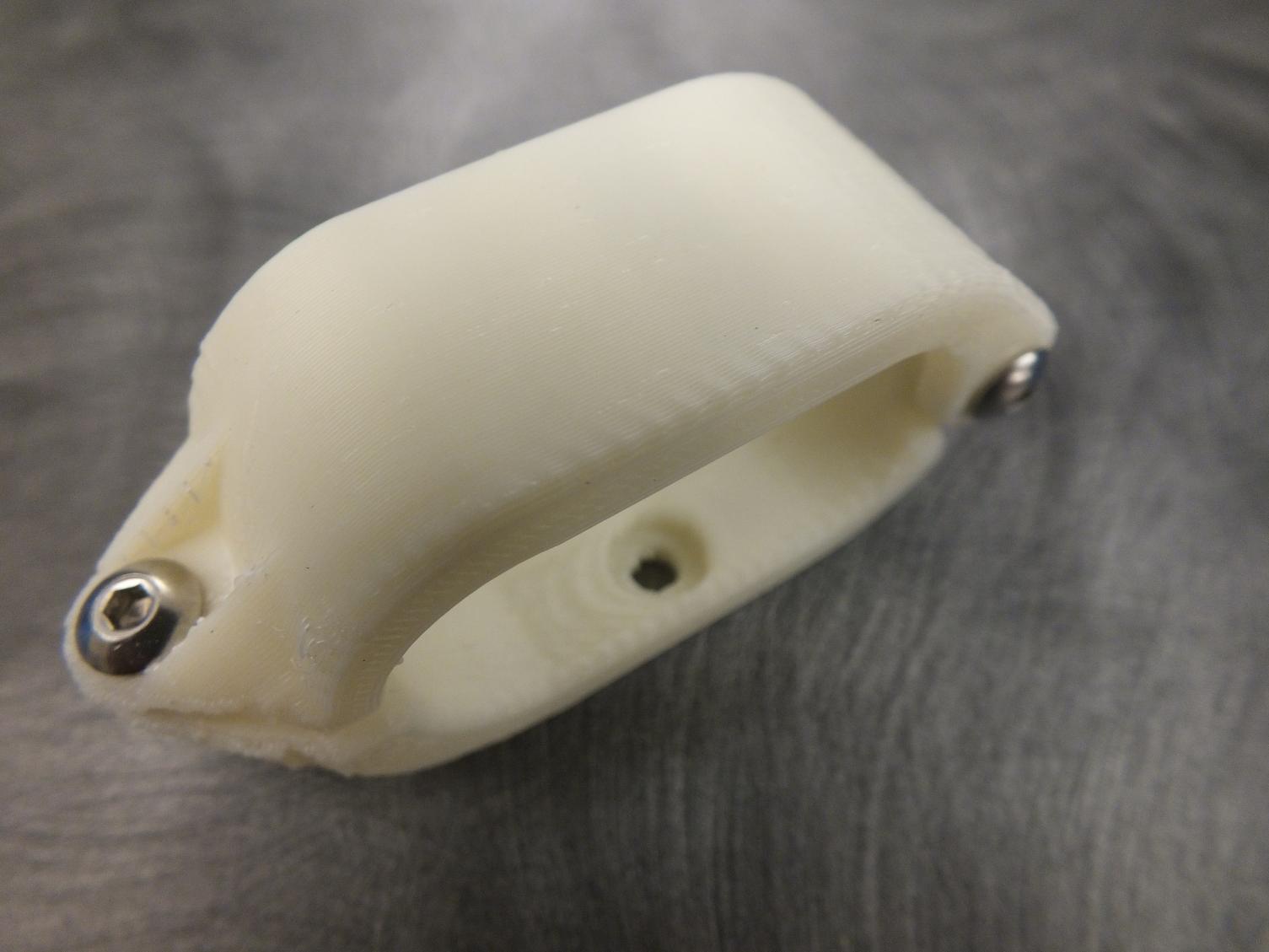 This is like a better version of using linear brackets (what I use for competition) http://www.vexrobotics.com/catalog/product/gallery/id/891/image/11761/

Personally I like it. However if the two halves could clip together without having to screw the holder shut, I would be a LOT more interested. Just my two cents.

They can’t clip together using a conventional method such as a small bump or lip or anything that requires the material flexing or wearing, because that would make it break very quickly, come open too easily, or not lock as securely. To make it easier to use, you could use a thumbscrew (with a tall shoulder) instead. If you can think of a way to do it consistently and reliably over many uses without using a screw, post a drawing, or upload your revision to the CAD file.

Wait would this be legal for the high school competition? because i know the college competition they allow some 3D parted parts.

3d printing is not legal in high school division, unless it’s a non-functional decoration.