So one of our new freshman teams have built this beautiful intake. 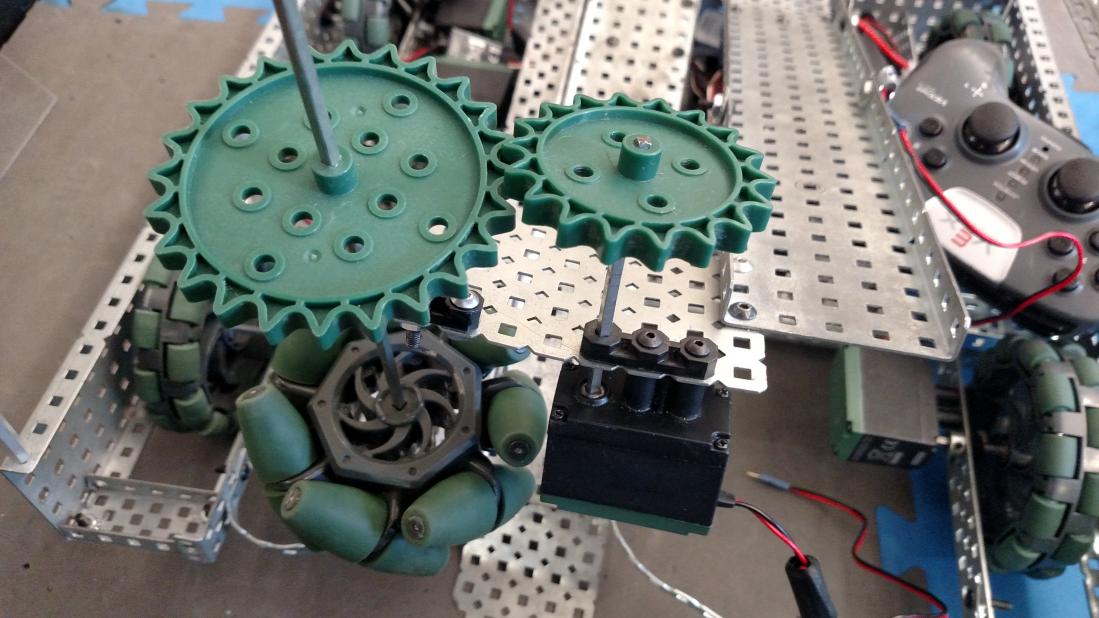 I don’t get it.
Freshman’s think the darnedest things sometimes. Half a week ago I had one ask me how many flywheels you can have on a robot.
I just shook my head.

Wow, its so beautiful

How effective was it at picking up balls? I mean after seeing that I think any other type of intake is completely obsolete

At least they tried to make sprockets run together without chain

At least They’ve figured out out to put things together. We had similar problems in the past when i was a student (I’ve graduated and am working as one of the mentors) but we’ve have figured out the right system so that the freshman learn how to do the simple things like how to use screws/nuts, Shaft collars, bearings and how to mesh gears/chain in the first week or so of school. Last Year our freshman were Tournament Champions, Excellence Award and Programming Skills Champions at their first tournament. But we had a freshman team during gateway who couldn’t put together anything all year. Needless to say only one of those freshman ever went on to do anything productive for the club, he was the best programmer that we’ve ever had in the club. He’s now a freshman at Wentworth in Boston and is studying computer science.

Going for a flexible intake, I see

I guess “flexible” is done. freshmen…

I’m ready for the wonderful robots they are going to be building in the next few years (no sarcasm there, all seriousness). And they’ll look back and laugh at themselves… and future freshmen…

I told him you will need a hex key and a wrench and he goes into his box, comes out and says a hex key I dont think I have one of those :)

(it was right there on the table)

I told him he has bigger problems if he doesn’t have a hex key:D