Best secondary feature of a robot

Many debates have been had about puncher vs catapult vs flywheel. However something I don’t see being discussed is the best secondary feature of a robot. For instance what is better a cap arm, cap scraper, platform pusher, etc.

For a flag bot, it is pretty easy to add a ‘dunker’ that does exactly that, dunks a cap onto a post. It takes 1-2 motors to integrate

A lot a mechanisms can be used as a multi-purpose if you make them correctly. You can have a cap dunker, but have it also push people of platform and descore other caps. In my opinion, just make a dunker with 1-2 motors and use it for many other things in a match. Also looks good for interview.

I have a multifunctional arm. It’s a ram, awesome cap de-scorer, low flag pushing robot extension, decor panel, and low-cap flipper. If I was moving up the levels to nationals or Worlds, I had plans to make add a cap-dunker-type lift. It would’ve been pretty cool. I also could’ve used it as a passive shooting aligner if I wanted to keep going with the design.

We have a descore/ flag pusher. They are pretty easy to put on, and are somewhat useful if you have a spare motor.

Chain bar works gr8 for everything listed above

That’s similar to what I’m planning on doing. The only hoop I see in doing that is where to store it. So if I start on the flag side square then I’m outside the expansion zone and in order to deploy it I would have to have it come over the robot and out the front. This would extend outside the size limit. How did you get around that? Did it store down in the front?

I guess there’s no harm in leaking my robot now that I’m done for the season. I had it fold down. It was really compact, and lined up pretty much exactly right.
The arm in question has my team decal on it. Some teams I played with didn’t realize it wasn’t just a casing for my catapult until I unfolded it.
The way I unfold it also allows me to deploy the ram without going to the EZ first. Pretty sweet design, if I do say so myself. 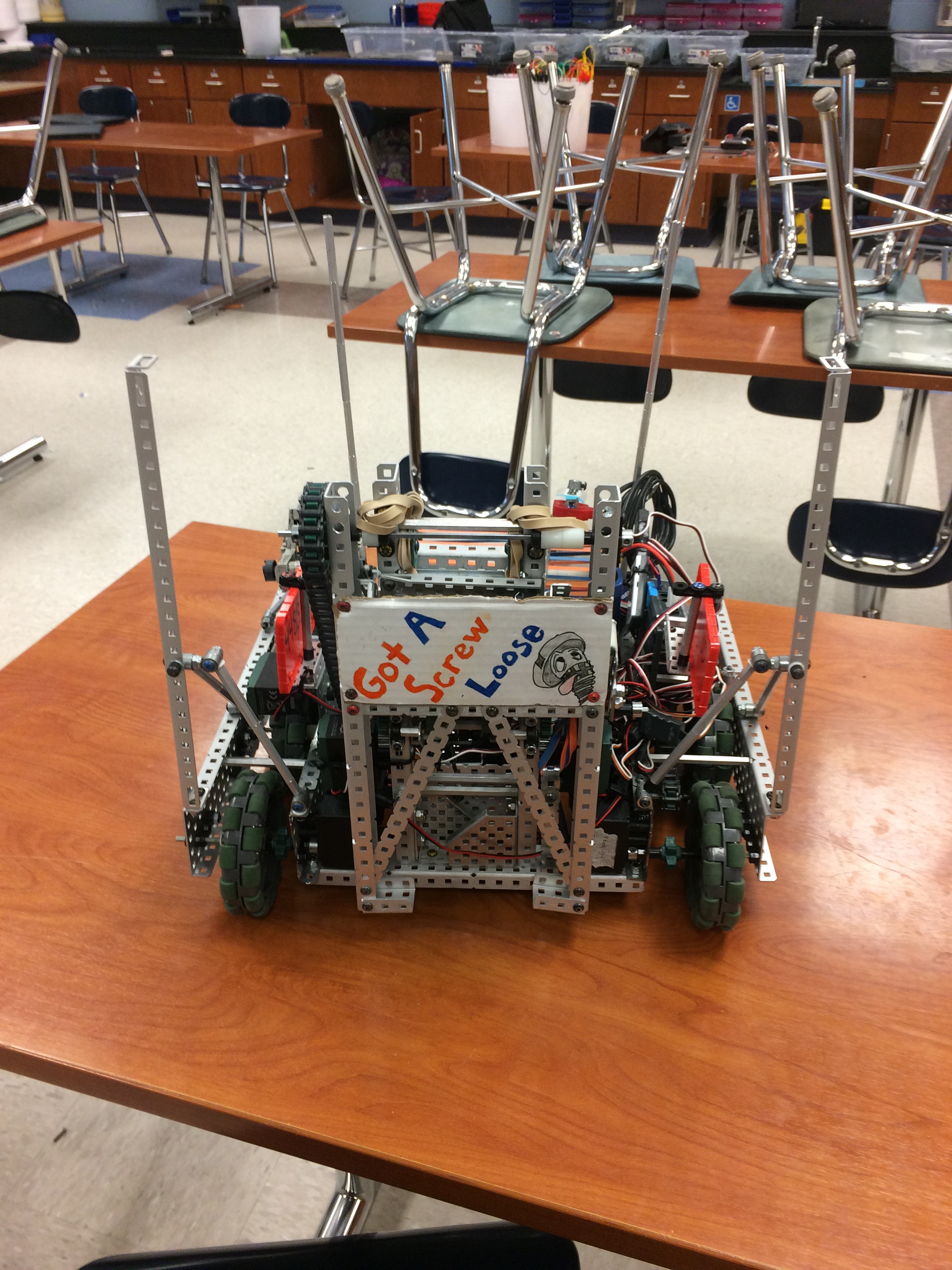 Edit: I don’t have any vids, but here it is extended. 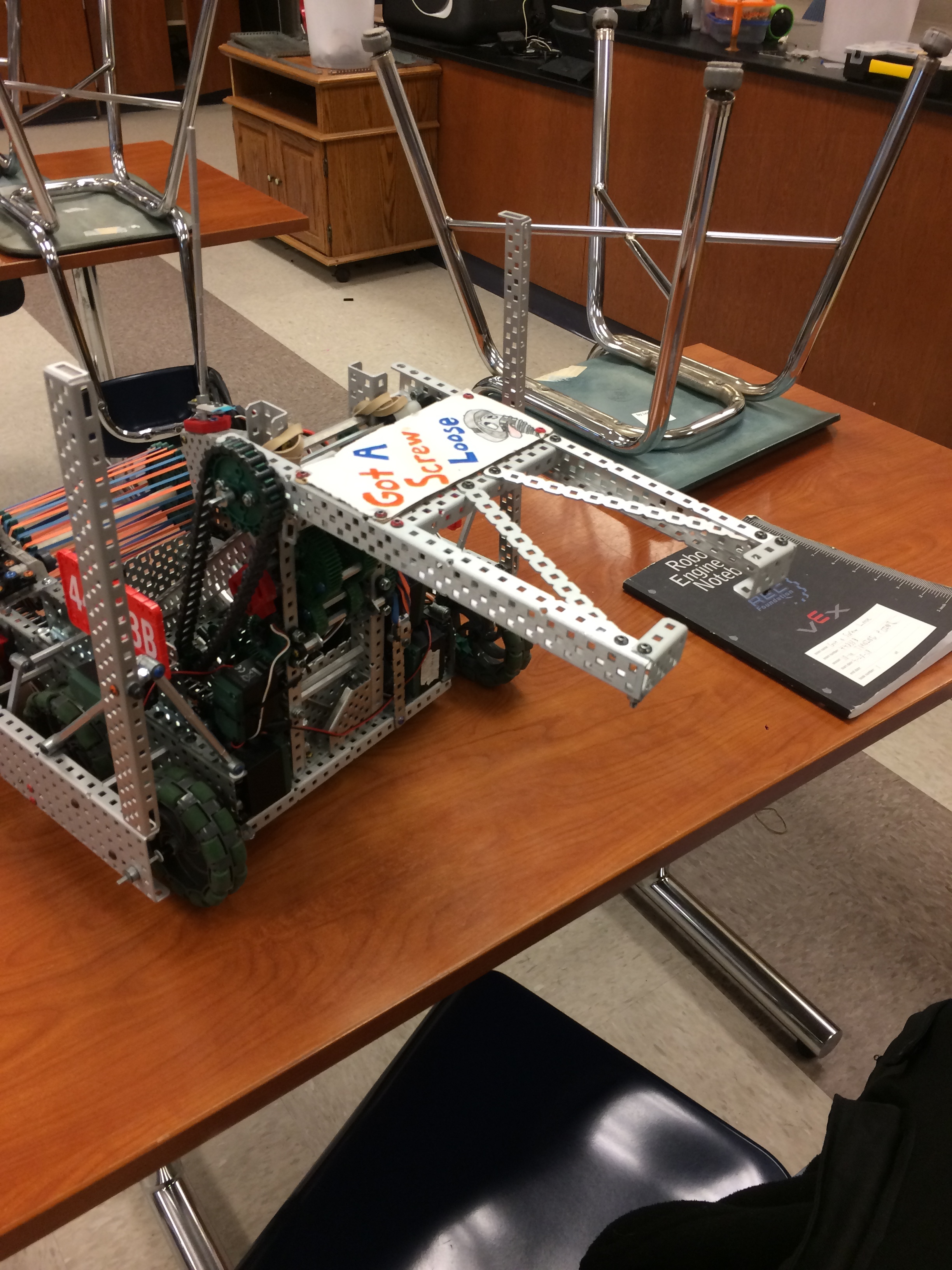 It also acts as an insanely fast cap de scorer, using the funnel and the force of the drive to passively push it up and hit the cap.

That reaches the post? Wow, my descorer is overkill. That looks really nice.

Reaches the low post. When pointed up. That’s the ram height.

Who needs a secondary function, Cap bots all the way. #CapBotStruggle