Best Way to Countersink Holes/Make Screws Flush With the Metal

So my team has a tray bot. Whenever we take in cubes they keep on getting stuck on the screws that are attached to the tray flip out mechanism. I know that shoulder screws would be a good option to get the screws to be more flush with the metal, but we don’t have any. I have heard that some teams have countersunk the holes, but how do you do that? Does anyone have other ideas to get screws to be more flush with the metal.

Can you send a picture? I have screws all over the inside of my tray and inajvent had any problems yet 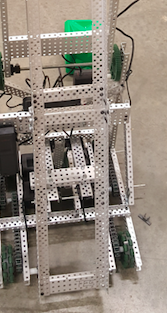 Don’t mind the wiring and other stuff.
The screws in the middle of the tray is where the cubes get stuck

Sorry to ask again, but could you take a closer picture of the problem areas? I dont see anything wrong from here.

Just make the tray a hole (1/2 inch) wider. It won’t make your stacks unstable and it allows you to add screws to the inside of the tray

To answer the OP question, you use a countersink bit. Drill the square hole round first, then get some 8-32 flat-head screws. https://www.amazon.com/IVY-Classic-09050-Countersink-82-Degree/dp/B0050PUD3Y/

Countersinking the holes will increase depth for the screw head but are non vex official 8-32 flat head screws even allowed?

I currently do not have another picture, but could I also take a regular screw and sand down the top of it to make the screw more flush with the tray? 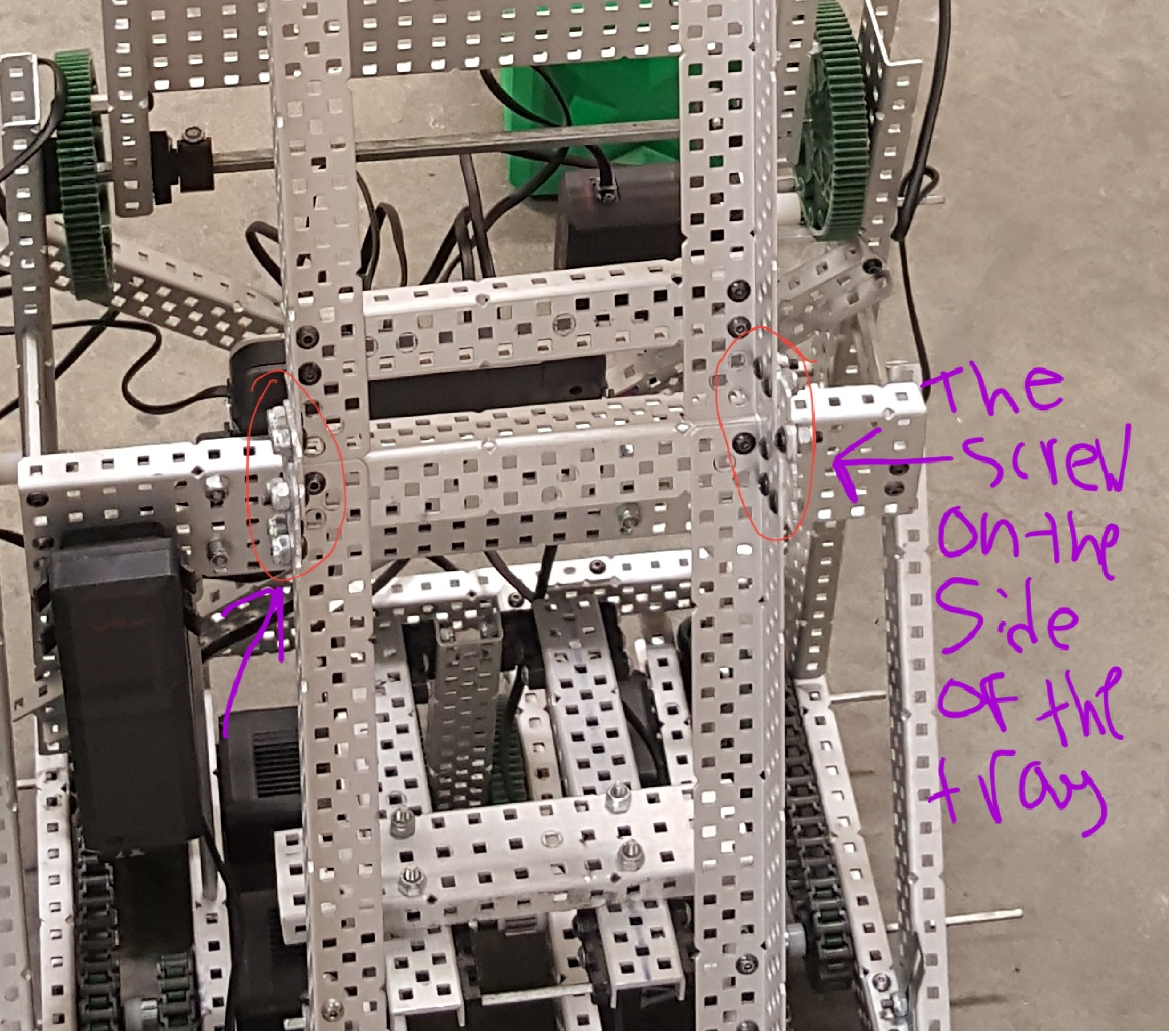 So the screws that are attached to the side of the tray is where the cubes tend to get stuck.

Is your tray 5.5 inches wide or 6 inches wide? Mine is 6 inches so there’s leeway for screws on the inside of the tray without disturbing the cubes

Well if it is 6 inches wide could @ItsMe so kindly provide a video of the cubes getting stuck? I’m a bit dumbfounded here since my tray doesn’t have any issue despite being lined with screws on the inside. 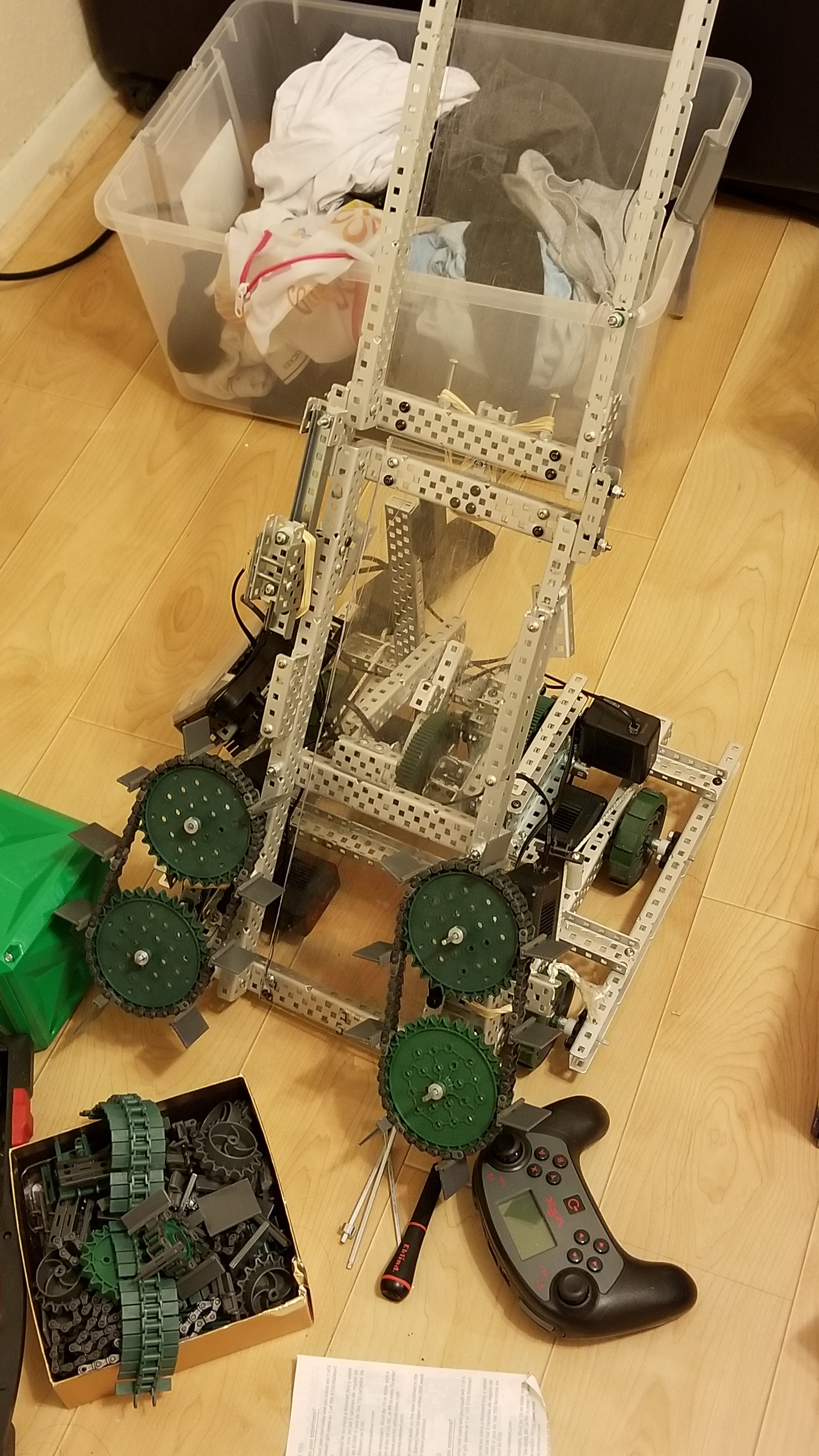 That’s most likely the problem then. If your tray is narrower than mine, then the cubes are probably stuck because there isn’t enough width. If that’s the case, then you’re probably going to have to make your tray one hole wider. Remember when building mechanisms: (not that it necessarily applies here) when your mechanisms dont perfectly fit into the holes, then round one hole up and use extra spacers.

Making the tray one hole wider is a great solution, but would it also be possible to sand down the head of the screws to make it more flat and flush with the tray.

Yes, definitely possible, but I would still advise making it one hole wider.
Otherwise,

Although if you sand down your screws, then you wouldn’t have to take your tray apart. Your call really, both are doable,

What about countersinking the holes? Would that be a better option?

I’m not sure how you would do it. It could be easy or hard depending on how it’s done.
Easy if you can do it while the tray is on the bot. If you have to remove the tray to sink the holes, then I would just recommend a rebuild.

I could also buy some shoulder screws. That might also help