Hey, I was wondering are there any major upsets in your area, because there are in my region.

Explain what you mean by “major upsets”.

we won as the 8th ranked alliance

we won as the 8th ranked alliance

They shouldn’t replay the match because your robot disconnects. That’s not their problem unless there’s a field control issue. Sorry.

A 2 motor pushbot was ranked 1st after qualification matches

Yesterday, 2 teams that most would say are the best 2 teams in Indiana lost in the finals.

9185B has been 8th seed twice this year and beat the first seed both times. They made it to the finals as 8th seed yesterday too (where we beat them again and I felt bad).

I’ve seen the team at 1st place all season and bragged about how good they were until my team cleaned the field against them in the Finals. It felt good and they were a huge upset to their school.

At worlds, upsets happen all the time. The one most memorable to me was Technology division 2014, where every blue alliance upset the red alliance in the quarter finals 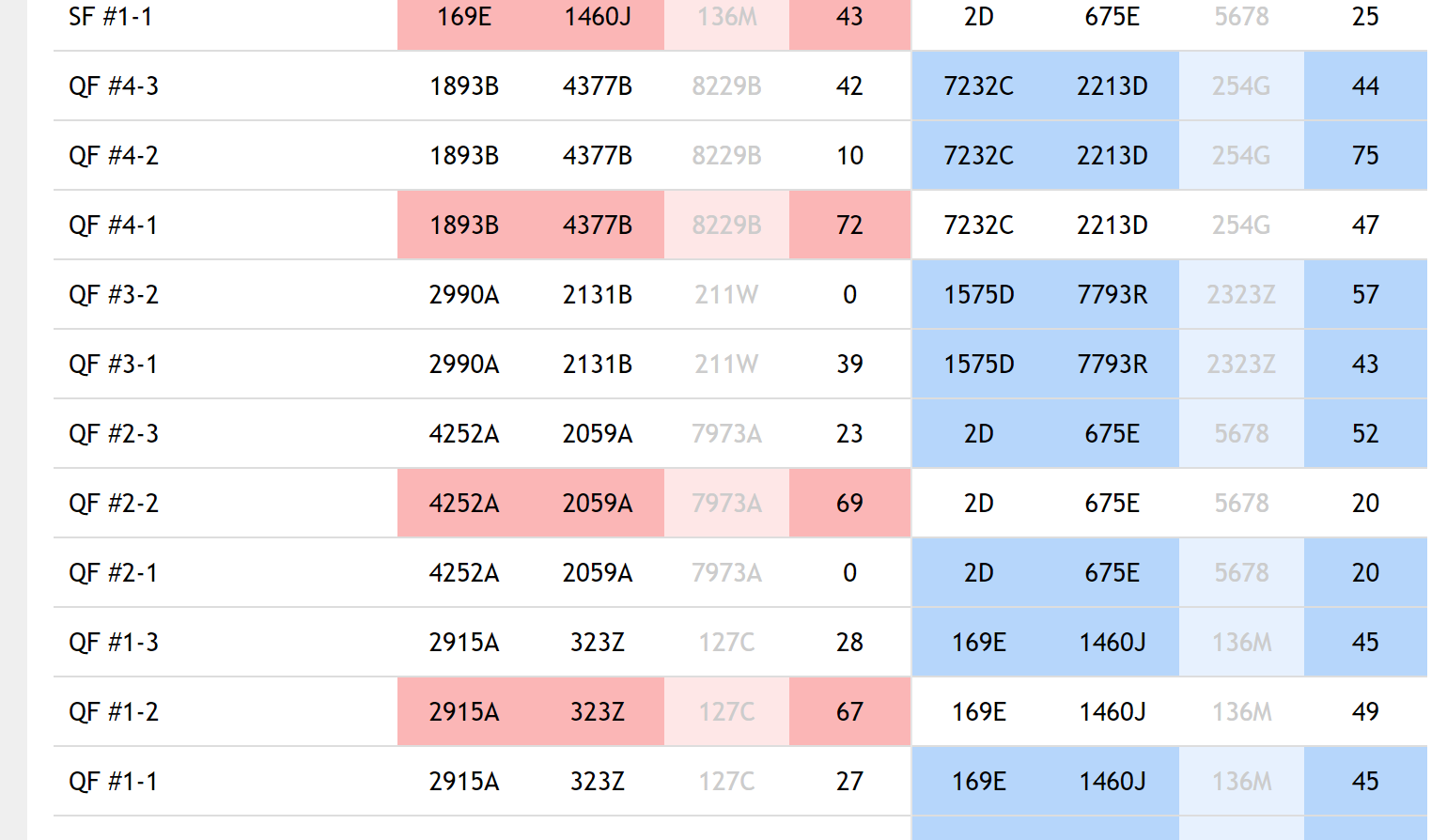 Yesterday the number 8 alliance won the entire 12 alliance tournament. 1v8 was by far the most exciting as all the teams you would have expected to be winning the tournament (besides besides the teams on the 8th alliance) were not even in the semis. Weird day.

That was us lol

Yesterday, 2 teams that most would say are the best 2 teams in Indiana lost in the finals.

Speaking as a member of a team in northern Indiana, could I ask which tournament this was at and the team numbers?

In our Finals match, we (1st seeded alliance) got beaten by the 2nd seeded alliance. It was extremely odd, because we had won autonomous and had our side of the field clear until the last 30 seconds in the first match, which we lost. (The other two matches were determined by a power expander battery forgotten to be plugged in and tipping, respectively.) What really screwed us up in that match was objects being jammed into the fence. A subtle detail like that cost us a massive lead, and we felt pretty gobsmacked by it. Needless to say, we are working on our claw to make it more conducive to grabbing objects near the fence, and I’m going to practice that specific skill a lot. Once you’ve qualified for State/Regionals, winning a tournament doesn’t matter nearly as much as what you take away from it.

@bwilfong2018
Ouch, I know the feels bro. At a tournament in Plymouth yesterday, our alliance member, 2567X, jammed their lift in the our 3rd match of semi-finals, and our team couldn’t win the 1 v 2.

Hey, I was wondering are there any major upsets in your area, because there are in my region.

Most recently we had beat an alliance that was, up until we beat them, undefeated in every tournament that they had been alliances together (4 tournaments.) I find that this could have been frustrating on their end because they were trying to qualify their last team for state, but it was a lot of fun for us and their sister team we were with.

A few days ago we won a tournament as part of the 2nd seed alliance. We expected to play #3 in our semifinal, but ended up playing #6 instead, then #5 in the final…