any update when these are going to become available… Thanks

Our target for launching the Smart Radio is Fall 2015, just in time for the “back to school” season. We want to make sure the user experience goes smoothly, so we are taking all of the necessary time to test all aspects of the radio’s expanded functionality.

We can’t wait for users to start taking advantage of this expanded functionality to explore the future of VEX IQ. More details on the Smart Radio, including the latest stock information, can be found on its product page.

I just want to clarify how many we would need…

If we wanted to use a controller with the wireless programming/debugging, then we would need two bluetooth radios, correct (one for brain, one for controller)? If we didn’t need the controller, we would only need one (brain only). In other words, TeleOp wouldn’t work if we used a Smart Radio in the brain, and an older radio in the controller.

You are correct. You will need two Smart Radios (one for Robot Brain, one for Controller) to enable teleop control to work with the wireless programming/debug features.

You can use one Smart Radio in only the Robot Brain, if you wish to have an autonomous-only robot.

The Robot Brain and Controller must always use the same type of radio for them to communicate with each other; you can’t mix one Smart Radio with one 900 MHz Radio.

So now the Smart Radio is available, but how’s the SW support so far? RobotC 4.50 changelog sound as if they only added radio-specific APIs, not the wireless programming and debugging my team is so pumped up about…
Also, besides the Android/iOS APIs, is the protocol specification going to be available? There are other platforms too…

We’re actively working on both our ROBOTC VEX IQ Dashboard and VEX IQ Graphical programming interfaces for tablets to take full advantage of the Smart Radio. We’ve added features in ROBOTC 4.50 to have the ability to send user created data + iOS device data (gyro, gps, accelerometer) to the VEX IQ wirelessly. Here’s more details on the dashboard app - as for the Graphical programming, we’re actively working on that at the moment and are hoping to have something out in the next few months.

The ROBOTC VEX IQ Dashboard application allows you wirelessly use all of the features of the VEX IQ and ROBOTC debugger from your iPhone or iPad device! In the Dashboard, you can:

The Dashboard also includes a virtual game controller and the ability to view graphs of your data in real time by datalogging from VEX IQ Sensors and Smart Motors.

The VEX IQ Dashboard is completely free! But, to take advantage of all these features, programs must be written in ROBOTC.

The VEX IQ Dashboard will be available to all iOS users in the near future. But, you can sign up to be part of the Public Beta using Apple’s TestFlight feature. To sign up and be a part of the 1,000 available Beta spots available, send an e-mail to SmartRadio@robomatter.com today!

Thanks.
My team doesn’t care much about tablets and graphical programming, but rather wireless programming (and debugging) from PC. And that seems to be still missing in RobotC 4.50
So much for the RobotC/Robomatter, the rest is rather generally addressed to Vex Robotics:

At least the SDK got published now. Interestingly (although quite logically), the brain assumes the BLE central role, so the programming device (PC notebook) would have to assume peripheral role and advertise itself. That’s easy on iOS, doable on Android 5.0+ and possible on BB10 platform too. I have verified I can do that (advertise in peripheral mode) on Linux, most likely on Windows too, but it is apparently something not in the design intent of (still young) “Web Bluetooth” APIs, basically precluding ChromeOS from talking to VexIQ this way.

I was hoping for, say, modkit, which runs well on ChromeOS but unable to upload programs, to use this emerging techology for full experience without a need for installing additional SW.
Let’s see where does further development head. BT4.1 allows for concurrent central+peripheral role and so do newer BTLE chipsets, maybe we’ll see the brain accepting a peripheral role later?
Or, on the other end, the Web Bluetooth developers might recognize the omission of the advertising/peripheral role (as they did with Android 4.3 -> 5.0) and allow for implementing BTLE program upload channel for web-based VexIQ IDEs of the future…

BLE Peripheral Role is only available on very few select Android devices. In order to support beacon (peripheral) transmission, a device must have Android 5.0+, a Bluetooth LE chipset that supports peripheral mode, and a compatible hardware driver from the device manufacturer. Check here for a list of devices that are known to support or not support transmission.
The easiest way to see if another device is compatible is to download the Locate app for Android, and attempt to use it to transmit. If the device is not compatible, the app will tell you.

The Android Beacon Library ABL offers hope to those fortunate enough to have such a device but most Android users will not be able to use the radio. It looks as if the Raspberry Pi (or such like) as a bridge will be the only hope for Android users who want to connect to the VEX IQ.

The opportunity should not be missed.
http://altbeacon.github.io/android-beacon-library/index.html

Does the smart radio’s currently support robot to robot communication. if not is it in the works. We compete in a 4-H event where part of the tasks is to have pairs of robots give each other commands.

The smart radio does not currently support brain-to-brain communication. If that IS in the works, I wouldn’t expect it before next season starts.

When will it work on PC? I am trying to pair with Windows 10 and it didn’t work.

I am also having difficulties connecting to the brain via Smart Radio. I am running RobotC 4.55 on Windows 10 running BT 4.0 LE, VEXos 2.0.1 firmware for the brain. I have also downloaded VEX_IQ_SR_1055.bin on to the brain. The brain shows the Smart Radio not connected icon. My computer is not able to see the brain. Any advice appreciated. Thanks in advance!

Update: I was able to pair the brain with an iPad running Modkit. Now just need to figure out how to pair it with my PC for RobotC.

Sorry if i’m reviving this topic, but when will the ROBOTC VEX IQ Dashboard app be available to android users? 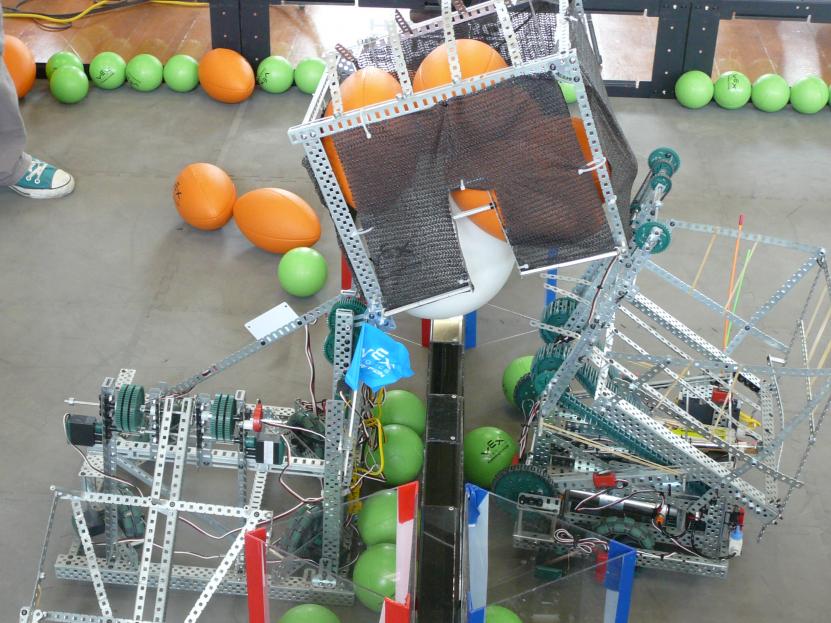 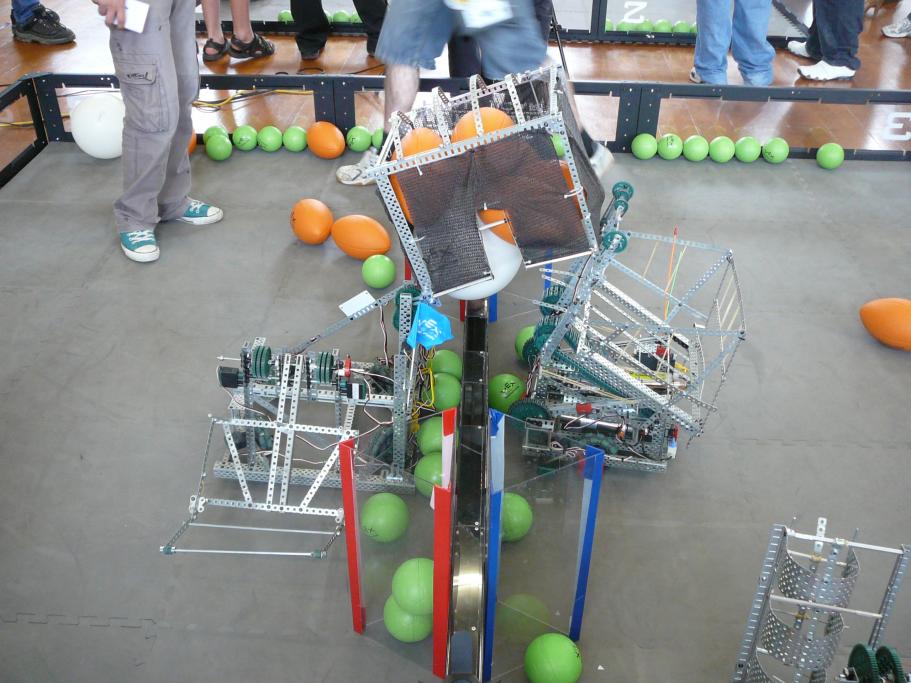 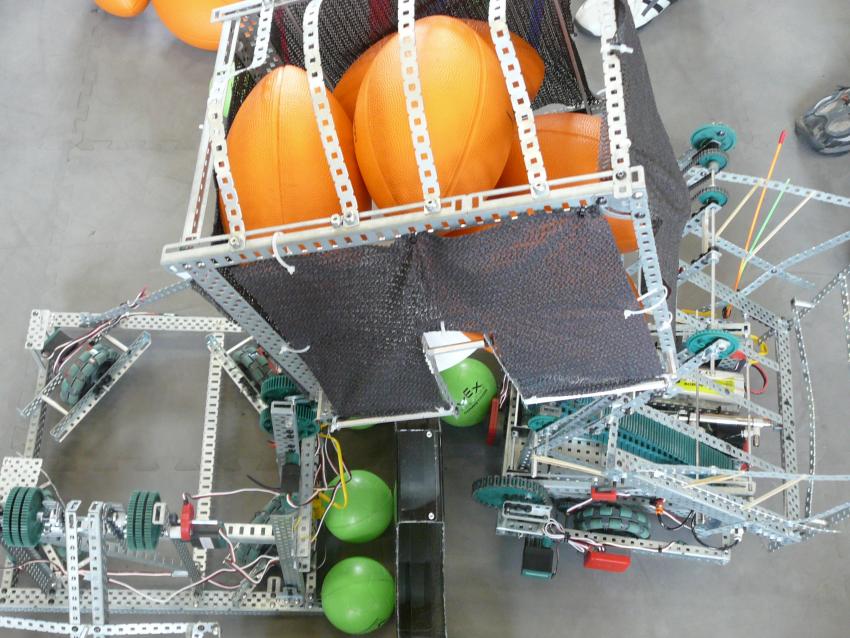 I just looked, and the ROBOTC app is not available on my iPhone and iPad either. Considering ROBOTC posted this two years ago, it looks like they never completed development on it.