why doesn’t the right intake work when I only hit R1? It just doesn’t move 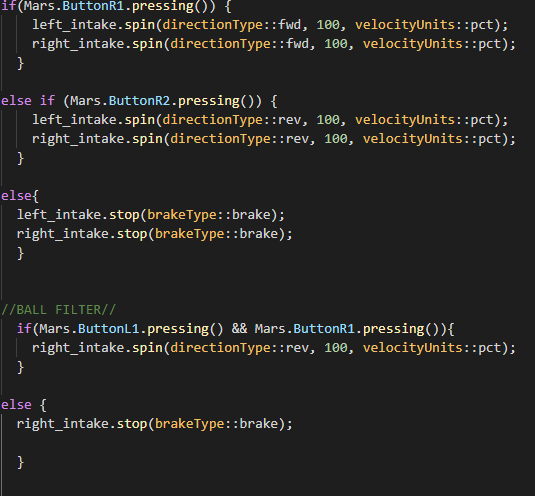 Maybe, don’t make a new thread for every problem you have. How about you delete this thread (if you can) and just ask your questions in the other thread.

so the motor does try to spin, but later in the code you tell it to stop. So the end result is that it doesn’t move.

How could I fix this?

so only tell it to stop when you aren’t pressing any of those combinations.

if R1 is pressed and L1 isn’t, then spin forwards.
if R2 is pressed or both L1 and R1 pressed then spin in reverse
otherwise stop.

I was just talking about in terms of the right motor.

It’s easier to understand the necessary logic when you take each motor at a time, and think about how you want it to behave under different circumstances. you can do the same thing with all your motors to make sure your if statements are actually doing what you want them to do.

This was using ROBOTC, but the same principles apply. You must only set a motor once in the while loop (generally speaking, I’m sure there are some exceptions)

Stop your motors jittering It seems like almost everyday we get a new question about motors that are jittering on the robot. The cause is setting the motor to multiple different values within the driver control infinite loop. Typical code may look like this. #pragma config(Motor, port1, MotorA, tmotorVex393_HBridge, openLoop) //*!!Code automatically generated by 'ROBOTC' configuration wizard !!*// task main() { while(1) { // Really bad cod…

your parentheses are off. you should have something like this

you have a ( when you don’t need one. the code has highlighted it for you, just delete it.
you also have an extra ) in front.

Thank you so much, I was overthinking it. happens a lot

What text editor are you using?

If it’s VSCode, I would HIGHLY recommend this extension:
https://marketplace.visualstudio.com/items?itemName=CoenraadS.bracket-pair-colorizer
It makes all braces easier to see!

Are you surrounding your code with a forever loop? -> while(true){}

Because if you are not, then it will never happen, because of how C++ works.

EDIT: Never mind I double checked your code and saw that an answer worked for you already.

First off, instead of posting a screenshot please copy and paste your code into this forum and then surround it with the code syntax highlighting formatting. This allows people to easily manipulate the code without having to retype it. The syntax highlighting is not a well documented feature but it’s the same as Slack and other platforms (ignore the hotkeys, just use the backtick symbol): 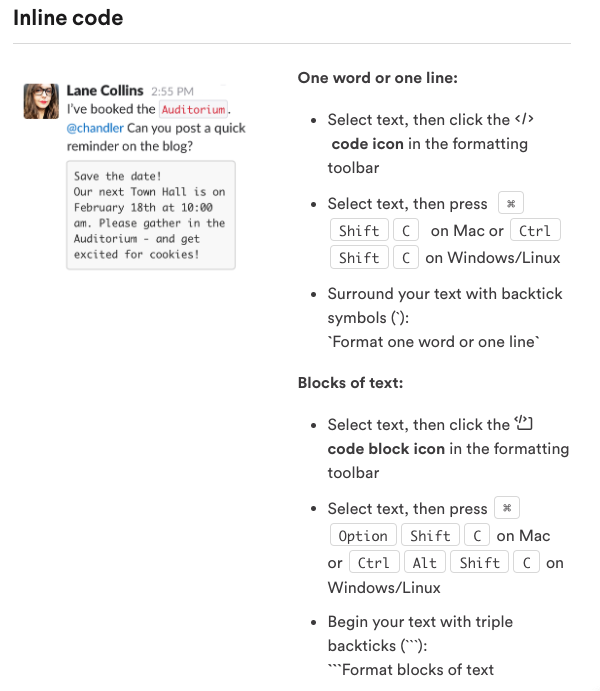 Now for your code.

What it says right now is…

Go get on a treadmill and start running (the outer while loop I am presuming exists).

AFTER THAT, if both 1 and 2 are on the screen spin the arms backwards else stop.

It’s worth noting that this logic is flawed as anything other than both 1 and 2 will trigger the second else clause and since the CPU can execute that code much faster than the motor can react, you will probably only see the motor spin when you have both 1 and 2 pressed.

All you need is to combine the if-elses.