Broken Mogos got you down? Here's my fix! (Not competition legal)

So this year we’ve had 3 mobile goals break on us (and counting). I’m not talking the tree coming loose, I’m talking full plastic *snap* *crackle* *pop* on the bottom: 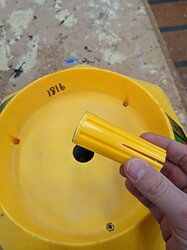 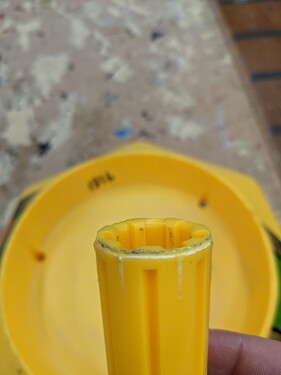 I think this is due to the robots having an incredible amount of push power with 6 motor drive this year. Also, I’m not saying they were badly designed but… I do think some of this could have been prevented with a bit of extra thought when they were designed.

In lieu of ordering hundreds of dollars in replacement mogos here’s what I came up with as a fix: 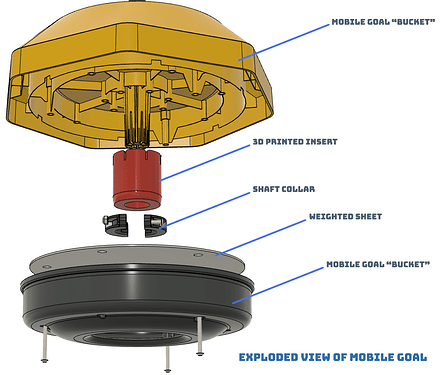 While printing, I took apart the mogo. Note: The bracket can be glued in without taking the whole mogo apart but I found it easier to apply the glue when it was fully apart.

IMPORTANT: I inserted the broken part back without gluing it before I glued the bracket in place. For now just sort-of let that piece dangle. 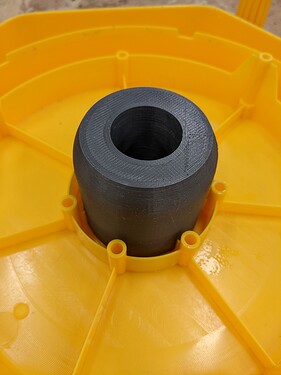 For glue I used a 5-10 sec Insta-Cure+ Cyanoacrylate glue which is a VERY strong adhesive. You could probably use any superglue off the shelf but be careful if you have never used superglue before!!! You might think its a joke, but it WILL glue your fingers together. 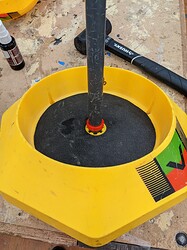 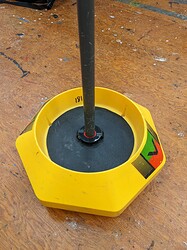 Even though these aren’t legal I have seen modifications done to mogos and those mogos used in competition. Most common solution is a screw poorly drilled across the post into the other side of the mogo. I’ve also seen the washer solution but that leaves a little bit of play in the post.

I actually do have a 3d printer, so I’ll have to try this thank you so much.