A project I’m working on requires CAD files (specifically, STL files, but I can produce those from files in whatever other format) of individual field and game elements. I have downloaded and opened the official Turning Point Field CAD, which is a single .STEP file containing a model of the whole field. I have opened the file in several programs, but either it has not been obvious how to isolate a specific part from the whole model, or the model is so complicated that the program hangs indefinitely trying to open it.

Has anyone already made available CAD files of individual field elements? Alternately, can anyone suggest a procedure to produce CAD files (preferably .STEP or .STL) of individual elements from the official CAD file of the whole field? I mainly run macOS but can use Windows or Linux if need be.

do you need game pieces, or just field elements?

The end goal of the project is to have an OpenGL program showing an interactive 3D model of the field, where flags and caps can be flipped/moved/toggled by the user, and the score is calculated automatically. At a minimum, I’d like to have files for the flags, caps, platforms, and balls. Other objects (such as posts, foam tiles, field perimeter pieces, etc.) would be nice to have as well, but I could represent those as more simple objects as needed.

Its not hard to do in Autodesk Inventor.
First import the .STEP file into autodesk. Then when it finally opens up, double click on the field, this will open it up as an assembly. Now you should be able to select each individual component and isolate it as a different part.

I can find you files for the balls and caps, but nothing more.

here’s the ball and cap files, on thingiverse. 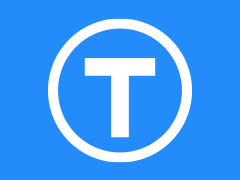 This is a half section of the Cap game element from the 2018-2019 VEX Robotics Competition Game. (Note: this is not my creation, simply just an STL file of the game element designed by VEX Robotics).