Can you stack more than one cube on top of one cube?

I read all of the rules to what makes a cube stacked and I found no rule stating that a cube can’t support more than one cube
"Stacked Cube - A Cube status. A Cube is considered a Stacked Cube if it meets the following
criteria at the end of the Match:

That looks to be a very viable strategy. As long as it is not breaking the rules you listed, it should be fine. I actually really like your thinking.

ahh… you’re on to something there, I like it…

Is it just me, or do those cubes look a lot smaller in the scoring zone than in the reveal video? I’m pretty sure you can only get 2 on an official field

edit I’m dumb, and wow the cubes are really small in the corners. I’m not sure how you would do this with an internally stacking robot however.

You could also maybe stack 2 cubes on top of the one cube in the small scoring zone like this: 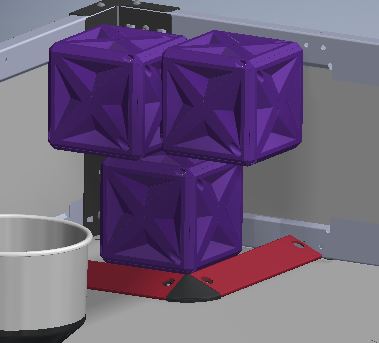 I don’t think this is in the rules because mathematically there can only be two stacks without the cubes being at least partially over the red barrier, therefore outside of the scoring zone.

The rules clarify two types of scored cubes
The definition of a base cube is
"Base Cube - A Cube status. A Cube is considered a Base Cube if it meets the following criteria
at the end of the Match:

In that case, every cube is already stacked because every cube follows those definitions at the start of a match. While I know it’s not official, the video depicts a cube half on the barrier, which isn’t counted. All scored cubes have to be within that barrier.

TL;DR, the scoring zone is a constraint not listed there

every cube follows those definitions at the start of a match

No cubes are in Goal Zones at the start of a match.

… Welp, I’m convinced. Who wants to build a bridge between the goal zones?

https://photos.google.com/photo/AF1QipPYAD87FI2YiNRnykVMHqt4yrqHJP1kne1G0mWl
Here is a proof of concept in real life

Threre’s something up with the link you posted, it’s giving me a 404 error.
Also this is an old thread, reviving threads isn’t great.

As long as the base cubes meet all the criteria of being a based cube and scored cube and all stacked cubes on those meet the criteria of a Stacked Cube and Scored Cube, then it will be counted. It Will just be more difficult to get it so there are multiple cubes sharing the single top surface of a base cube.

This strategy should work, Your robot would just have to be able to place one or two cubes at a time but could be designed to carry more than that.

Edit: for some reason it made me reply to the same thing twice? Idk why but I tried to change it and it didn’t work🤷‍♂️. This is towards the image with two base cubes and three stacked cubes across them.

This strategy will not be as viable because I have tried this but the second layer of cubes will fall unless another cube is put on top of the two immediately( to were there is a single base cube, two cubes sharing the Top Surface of the base cube, and then a single stacked cube centered on the row of two cubes).

Well in this case, reviving this thread is fine because it’s not talking about a old game and it is still relevant 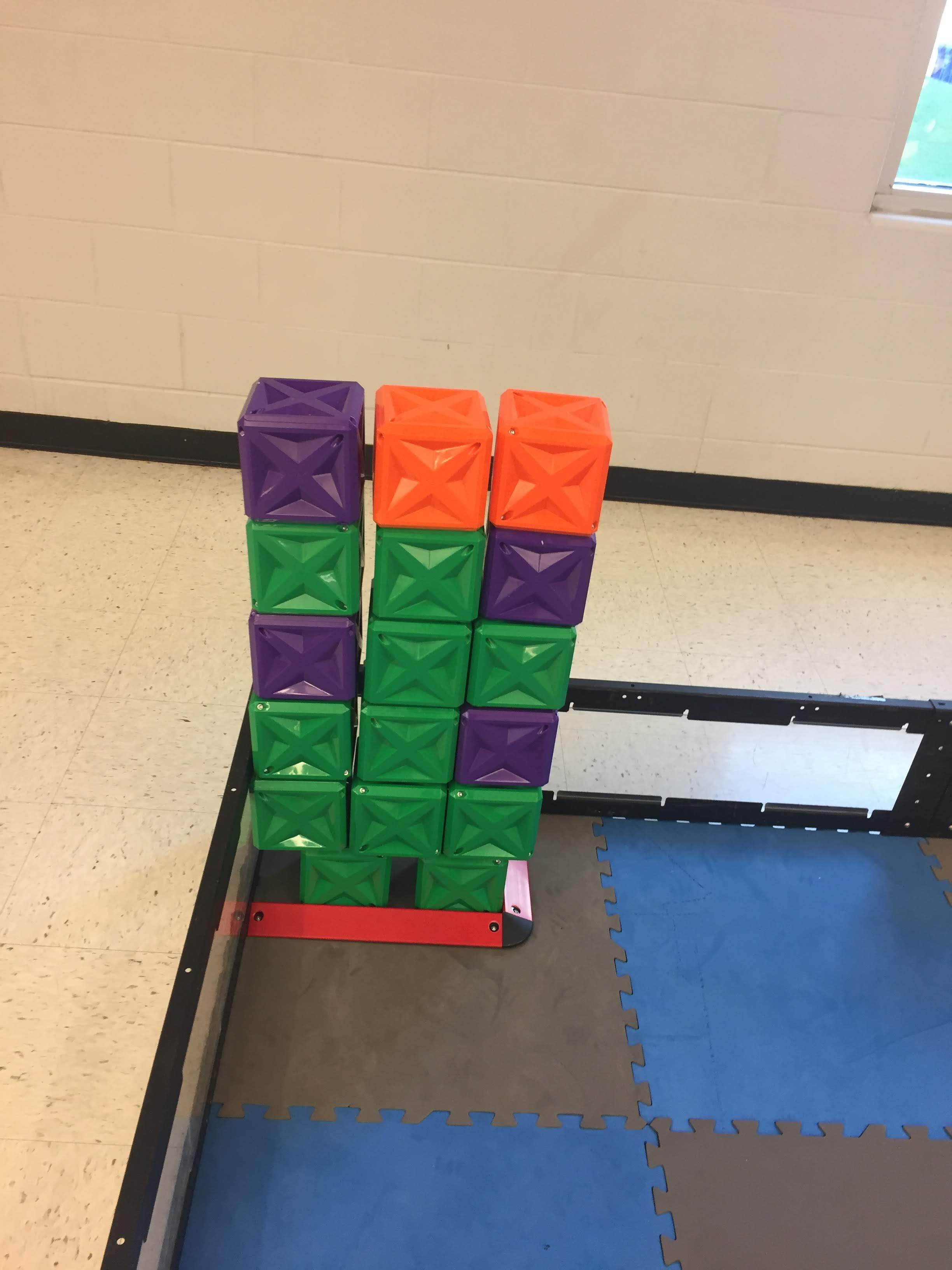 It’s probably more worth it to build a robot that can stack higher, because if there are 6 stacks of 11 on the field, there are no more cubes to score. While this strategy is cool, it seems less efficient and probably won’t see much success at least in late season.

This is a good strategy for robots that can’t stack high, although the cubes are extremely slippery and one jerk of the robot can ruin the whole thing. All of it can be solved with code though…

And your code can be unsolved by a good push…,