Just wondering, would 1 motor work for a fast and stable cascade lift?

Depends on what you are using it for, how much force you put into the motor etc. it is definitely possible but I would test it yourself first.

It’s able to but it won’t be too fast, I made a really light, fast, and stable Cascade lift but it’s still 2 motors to hold it up, DM me if u want more info

wouldn’t it be better to just use a continuous lift so there is less motor strain, thus more speed? 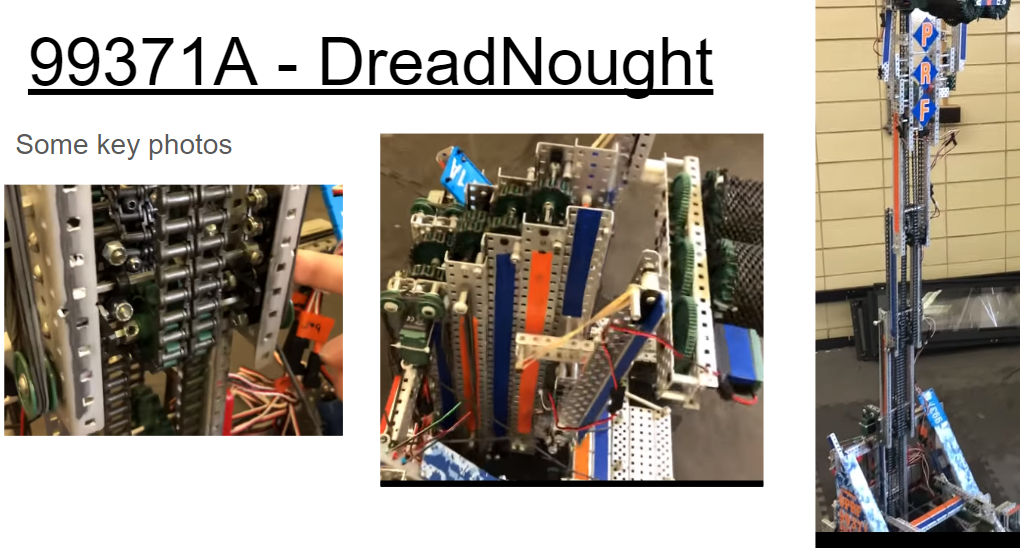 why though? (not trying to be rude, I’m just now looking into these lifts myself)

Ohhh, I missundertood the question. Cascade lifts are more modular than continuous lifts. Continuous lifts use one looooong chain that has to loop around. A cascade lift uses several small chains to get the same effect.
Cascade 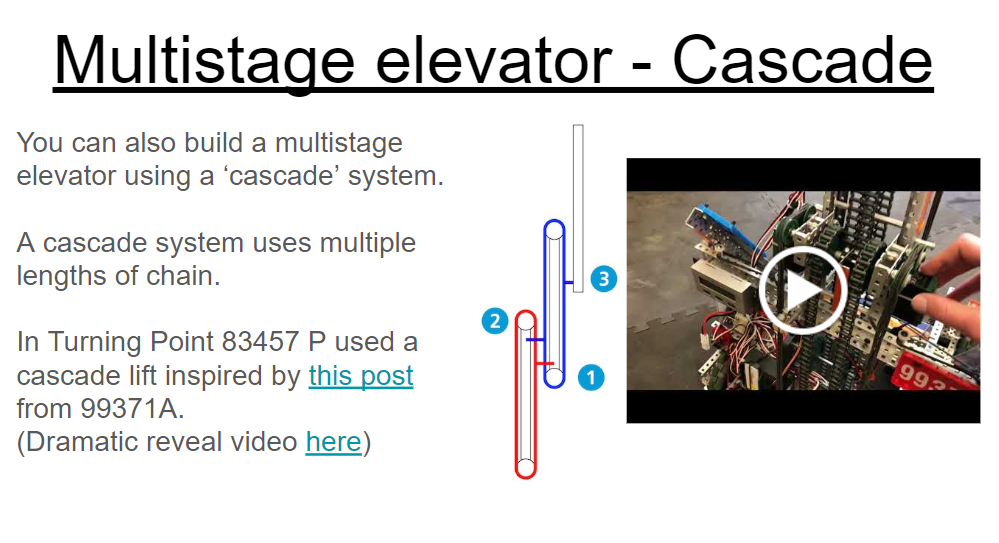 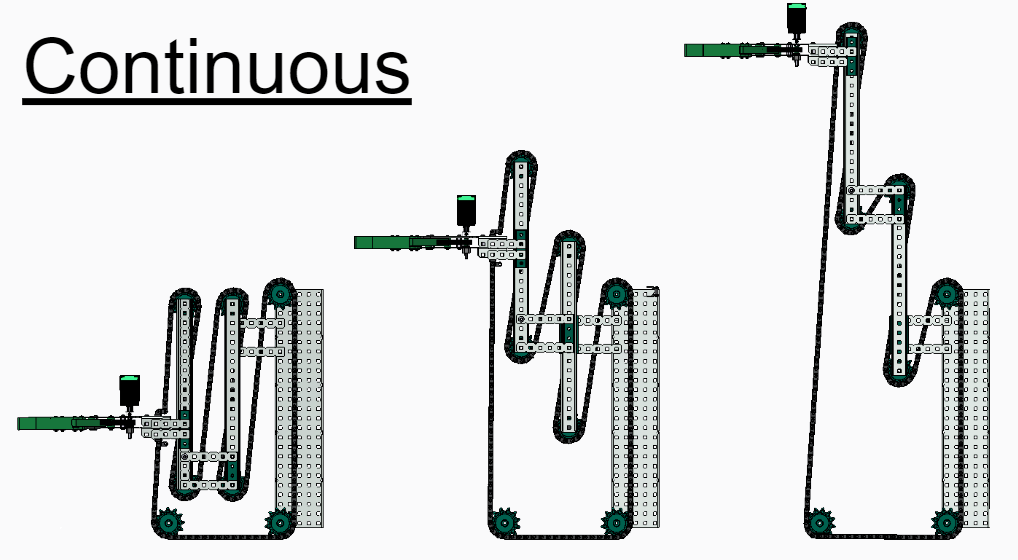 And they can be skinny, this is a 10 hole wide one I made 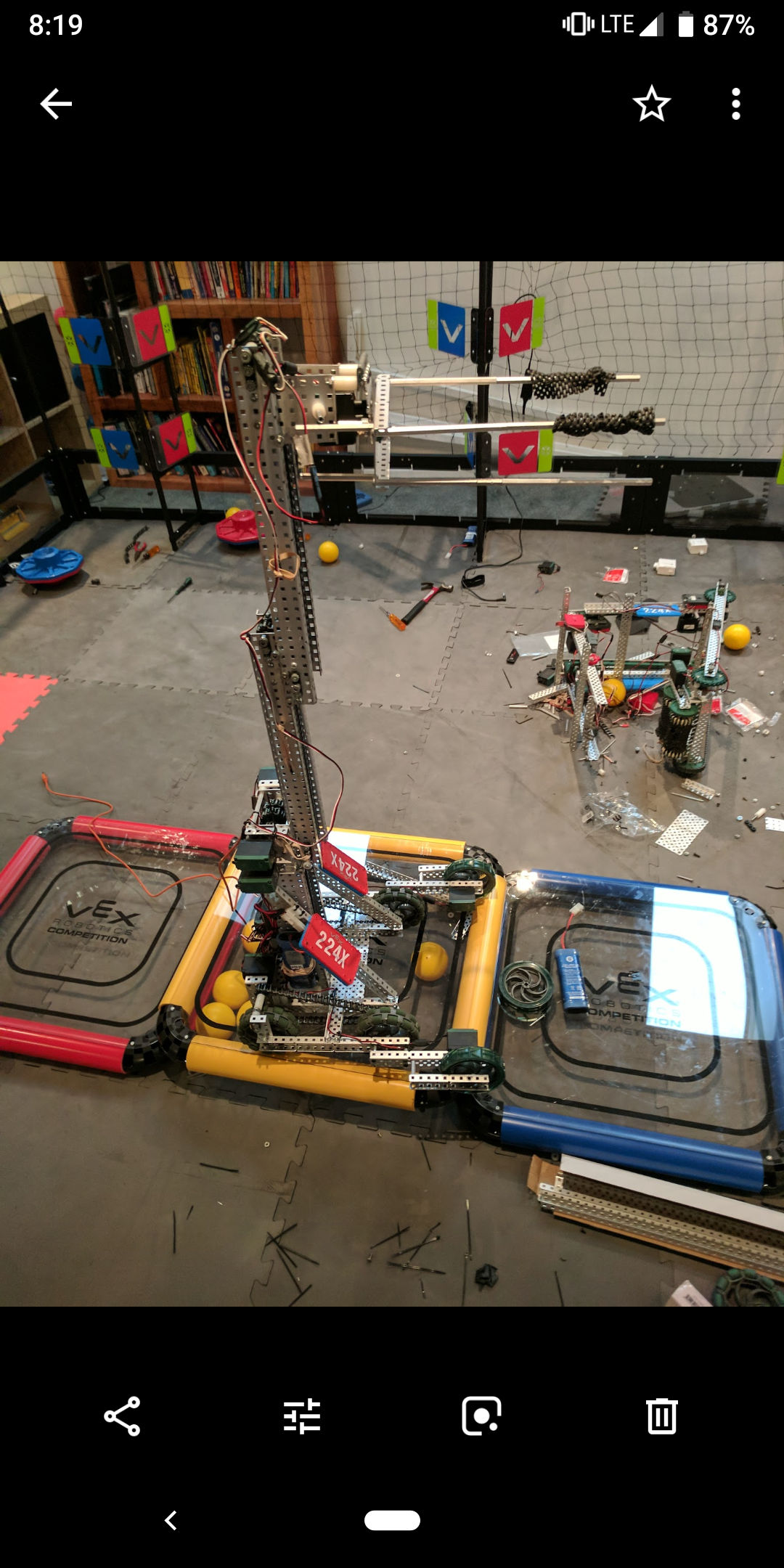 A stable and fast cascade lift is quite difficult to build with 2 motors as it is. And halving the amount of power output would not be the greatest idea. However you could always use the torque motor modules and torque the gear train you use to make up for the lack of strength. WARNING V5 motors are a lot more powerful than V4 motors and can accomplish things previously thought impossible with V4, however motors still overheat! So even though your lift might be able to lift in a test run, continuous use in a two minute match could lead to motor problems.

Should be possible with a single V5 motor and correct gearing. Here was mine from 2014

About three years ago I posted an animation of a conceptual triple lift to try and explain what team 1103 had done for roundup. https://vexforum.com/showpost.php?p=189388&postcount=171 I never had a chance to build the lift, team 8888 did build another variation for gateway but it was slow and heavy. So here is a preview of a new lift design I’m working on, not many details, there’s no CAD and I probably won’t have time to develop this much more. It’s only three stages at present and uses tw…

@jpearman I actually built your 3 stage cascade lift over thanksgiving break, and one motor was pretty fast. However, this was from loosening the slide trucks to reduce friction, so it’s wasn’t exactly stable. But if you tighten it up, add some grease, it’ll surprise you.

I only need 2 stages on the lift, do you think that would work?

quality and accuracy of the build makes all the difference. I found that adding washers to get exact spacing for the linear slides was really important, I had to try several times before getting it correct. I’m thinking of rebuilding again with V5 motors when I have a chance.

Thanks for the advice @jpearman! I’ll try that.

Uses 2 motors - 2nd one for auto stacking and drop of cap. 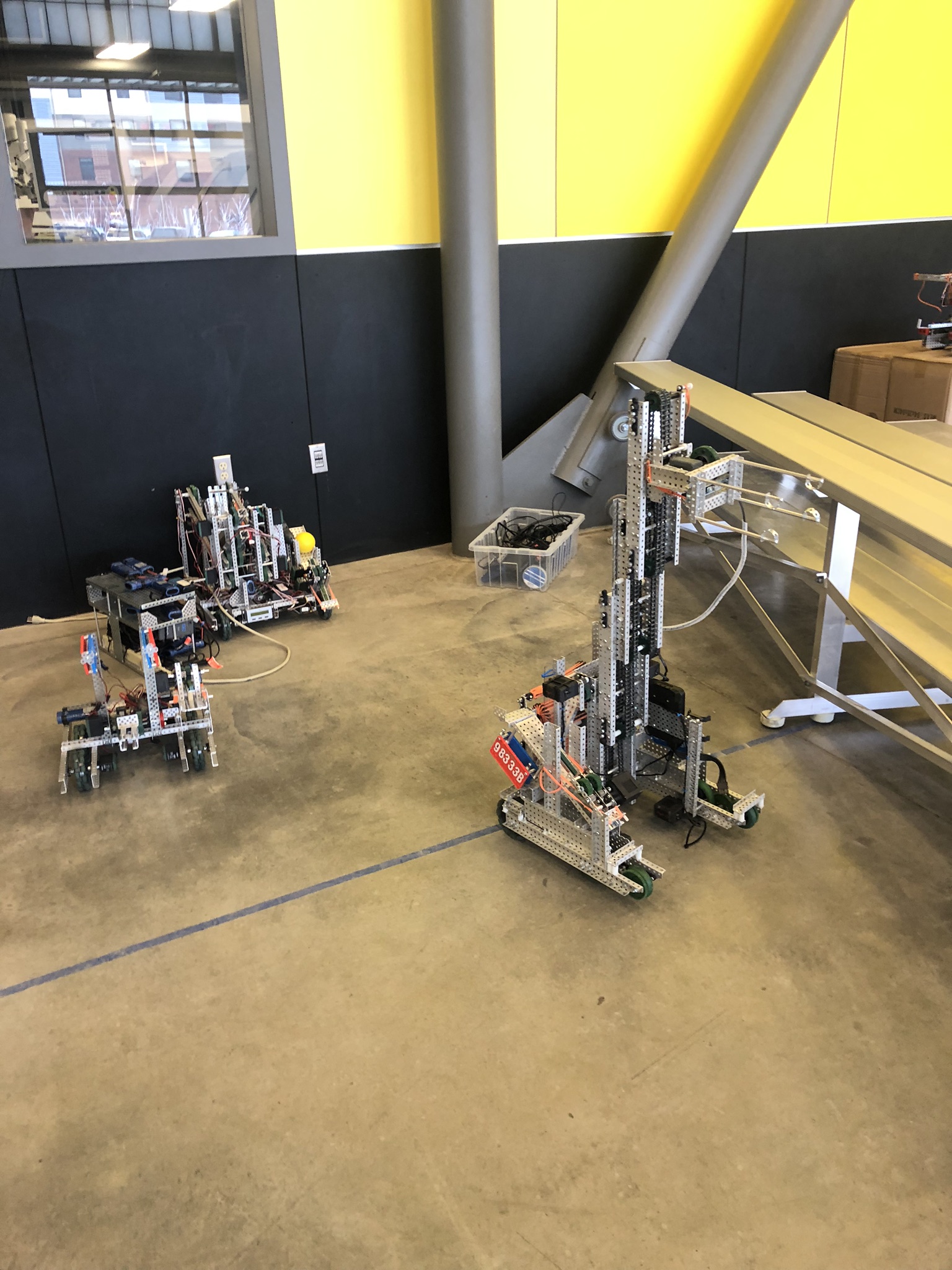