Has anyone wondered why the VEX VRC Change Up balls have dimples?

…but another part of me wants to believe they have been designed like a golf ball. And their intended purpose is so robots can fling them into the goals from long distances.

And someone has spend the time designing the dimple size and depth so they have a particular trajectory across the field.

I remember team 1721G designed a catapult for this season, but during the match, all they could do was be a push bot (Here is the vid). Anyway flinging balls across the field seems like a stretch during a tournament match. Lining up perfectly, and trying to avoid other robots from pushing you around is gonna be quite difficult, especially for this kind of game. I can’t see this working for tournament matches, but for skill matches, I think a catapult could do quite well.

I think it may just be for easier set up and to have the balls roll around the field less.

1721G was built to be a defense bot.(with extremely fast descoring and efficient pushing) The catapult was a meme addition that was removed the very next week.

ngl I actually thought that catapult was cool. horribly inefficient and terrible, but also pretty neat at the same time.

anyways, the change up balls look like golf balls because the gdc wanted us to build robots with deploying 10 foot long golf clubs to score with, obviously. Unfortunately we all chose a more efficient design, which is why the game seems easier than it should. We were supposed to be playing it with massive golf-bots, not these dumb efficient hoodbots.

The balls’ similarity to golf balls was one of the first things I noticed when I watched the reveal, and my first idea, although I got outvoted, was a pitching machine. It would essentially serve as a hoodbot with horizontal rollers, and keep in mind, this was in May.

Maybe it’s also because it helps the balls to be more efficient (whatever that means), as the mythbusters discovered. 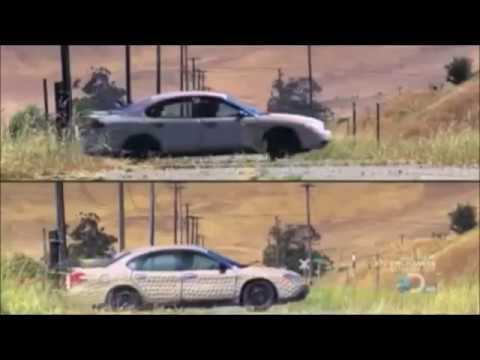 iirc, 1721G’s cata bot worked pretty well most of the time. One of the better off-meta bots out there. also the intakes are really good for only being powered by 1 motor.

I would assume it was for:
A: Give them weird rolling patterns to make them less predictable
B: Easier field placement

Yea, but sadly in tournament matches, they didn’t use their catapult too much, because they had to avoid being pushed around by other bots

Since the meme cata was removed, they are now powered by 2 motors

Yea, but sadly in tournament matches, they didn’t use their catapult too much, because they had to avoid being pushed around by other bots

This is not the reason they did not shoot much. Simply put, they are better at defending and descoring than any other team in pretty much any given tournament. They would be wasting time by using the catapault.

Oh, that makes sense now, but have they qualified for worlds this season yet?