Hello
One of the problems that struck me about the hood/snail bots is that youd need to eject the balls at quite a high speed for them to travel upwards, over the lip, and into the goal. I imagine that would be especially difficult to do for the center goal, which is strategically extremely valuable. My design lets you drop a ball in from slightly above, eliminating the need for an extremely fast flywheel or indexer.
This cad is still pretty rough (missing motors, few parts clipping into each other) and I’m definitely going to add more like a tray at the back to hoard. 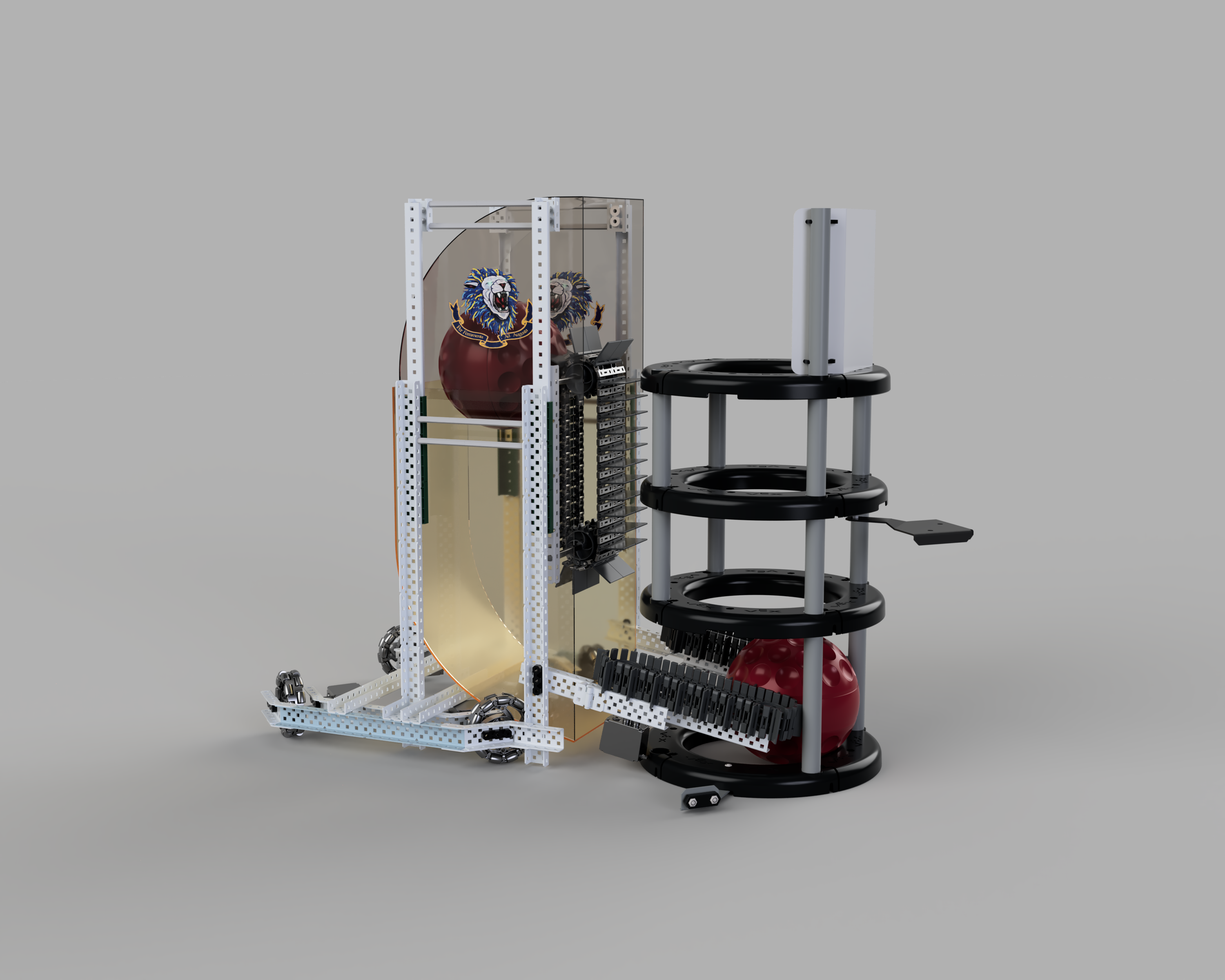 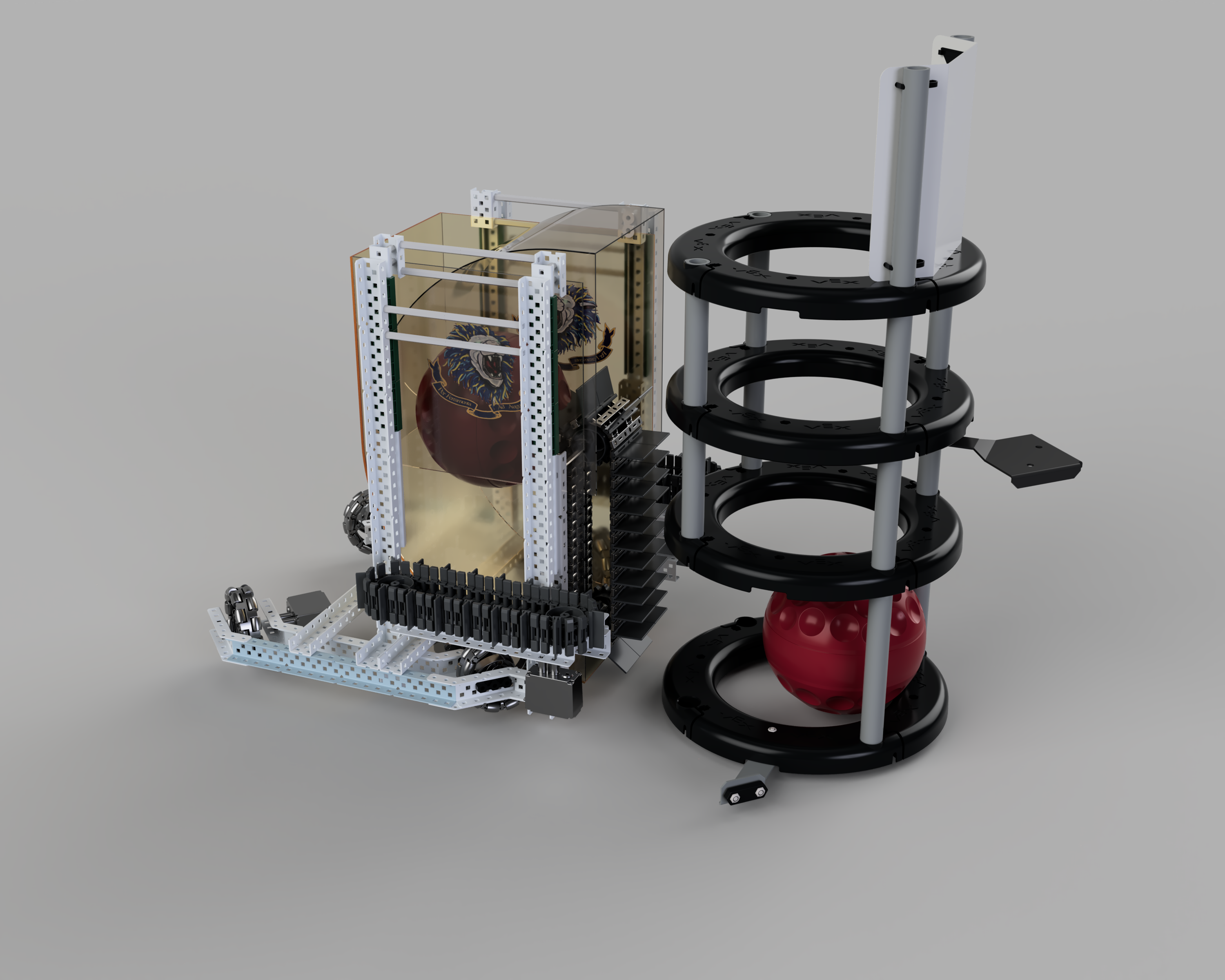 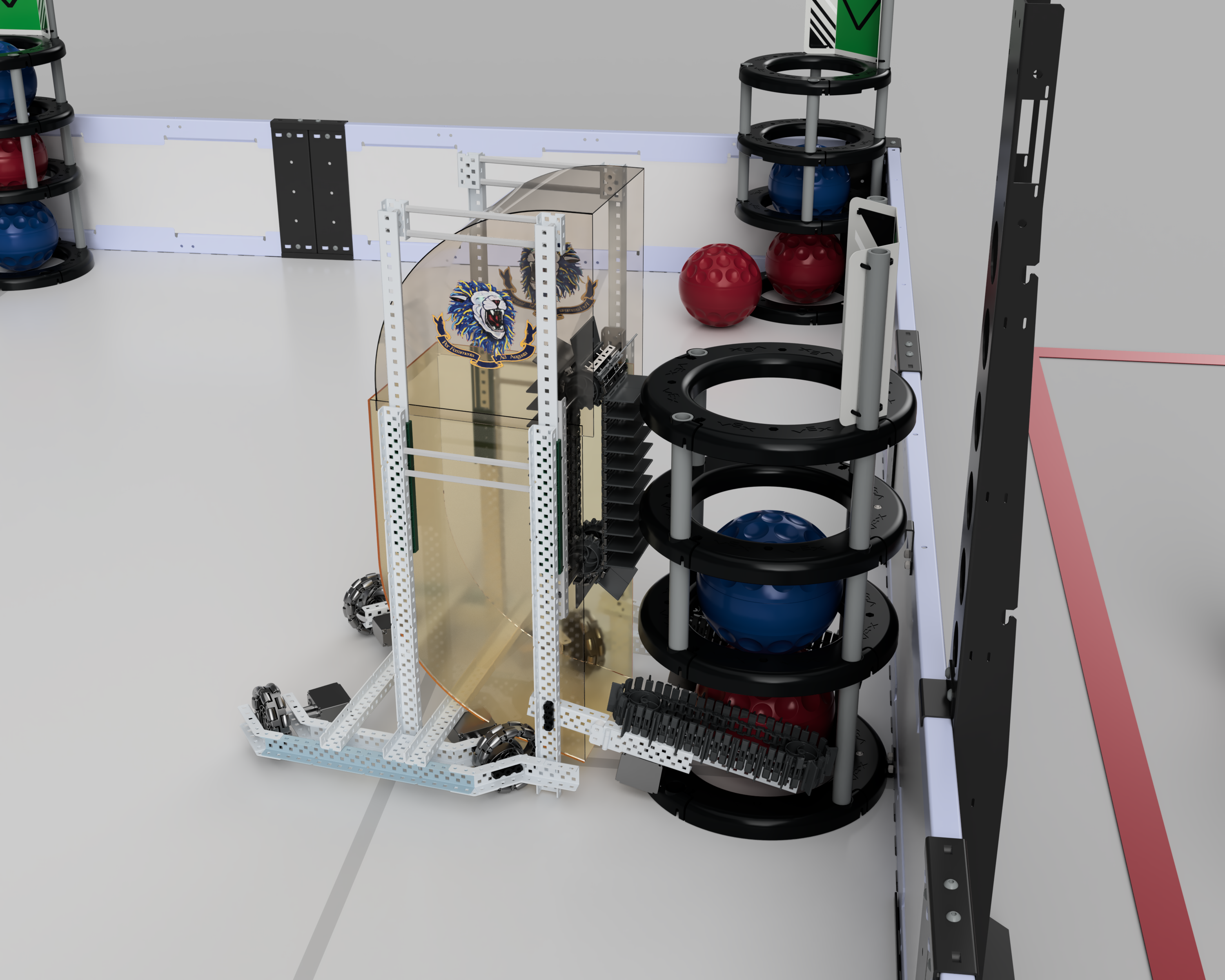 There’s obviously going to be center of mass problems in its current form, but as I said I plan to add stuff to the rear, and if i had to I could rearrange the supports the linear sliders are on.
Thoughts?

this could work as an alternative to a flipout or other expanding hood, but I think the other options might be favored due to simplicity. the good part about this one though is that theoretically you could have it deploy farther, because the indexer moves up as well as the hood, so you could be scoring goals from above, instead of popping balls into the goal from below.

Yeah, being able to get above the goal and pop the ball in from above was my main motivation for this, though come to think of it the pictures don’t really show it.
I suppose I could have a flip out hood and put the top indexer sprocket at the top of the upper carriage so I get even more height but I doubt that’s going to be very useful since holding more than 3-4 balls at a time is probably not necessary.