Comments and questions about the Hexbug Raptor

A picture of my version of the Raptor is attached: 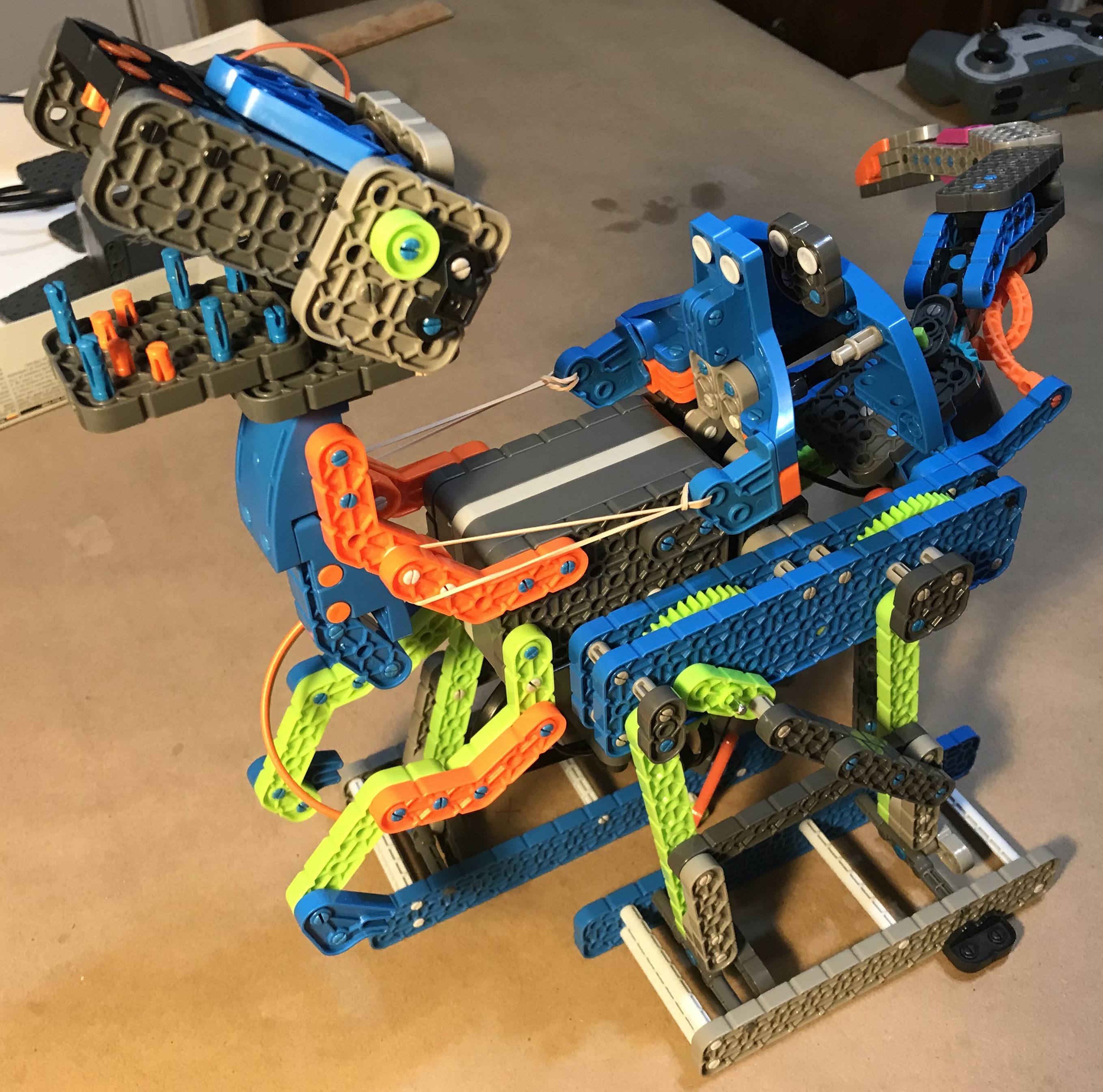 I made a few modifications:

I can make the raptor move forward and backward. The movement is rather jerky, and not very straight. The tail does lash back and forth from side to side, but the movement is not what I expected. I thought the tail would go to the right, when the raptor tilted to the left, and would go to the left, when tilted to the right, but it does the opposite.

One of the buttons on the controller moves from side to side. I could not see any effect when I moved this control. I wondered if it would cause the tail to move, but it didn’t.

All in all, a pretty interesting build. The forward/backward movement is controlled by one motor. I whacked several things that were too close to the tail.