Hi, my name is Martin and I’m from the freshman team 3759X in Southern California. We are a duo team who were on team 92620C last year.

Anyhow, since the competition season isn’t looking too good, we decided to post one of our ideas here. This compliance wheel design was thought of back in June, and at the time we thought it would work extremely well compared to regular flaps and whatnot. However, it just doesn’t fit our current design and we have no use keeping it secret. There are some definite improvements that could be made. 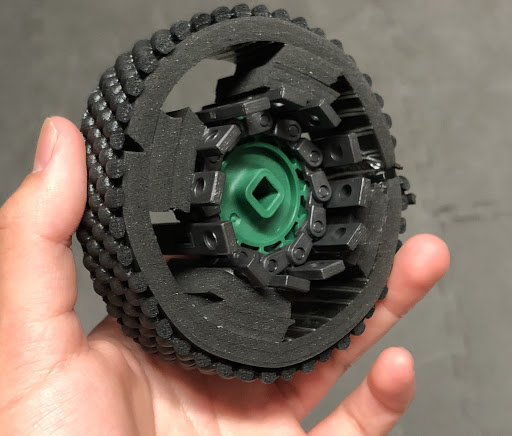 Looks pretty nice!
I think the only critique I have is that you’re solely relying on the stickiness of the foam to hold it intact. It may be a good idea to have 1-3 screws (about like 0.5-0.75”) that is connected on the treads poking into the foam for slight reinforcement

That looks like a really cool idea. My only thing with it is that it seems like over time it will just tear up. Have you tested it’s durability at all.

Not really. It was really just a prototype and we decided to switch designs after a while.

Cool design, I like how it gives more compression like a rubber band roller whole still being a singular wheel. Although as people have pointed out in the comments I can see this intake falling apart frequently unless you secure it better.

This is a good idea in theory. The main flaw of this particular design is that the structure is not robust enough for a competition. The core of the intake is fine, but there is not enough support to withstand the torque load of the intake. I would imagine the friction caused by the contact with the ball will cause the “foam towers” holding the outer ring to just fall off.

What you can do is preserve the internal sprocket core, screw in an entire layer of foam that wraps around the entire core, add two more entire layers around that and wrap the entire thing in rubber bands. Then you need another layer of support on a perpendicular axis in which case you can use zipties. The final product should look something like this: 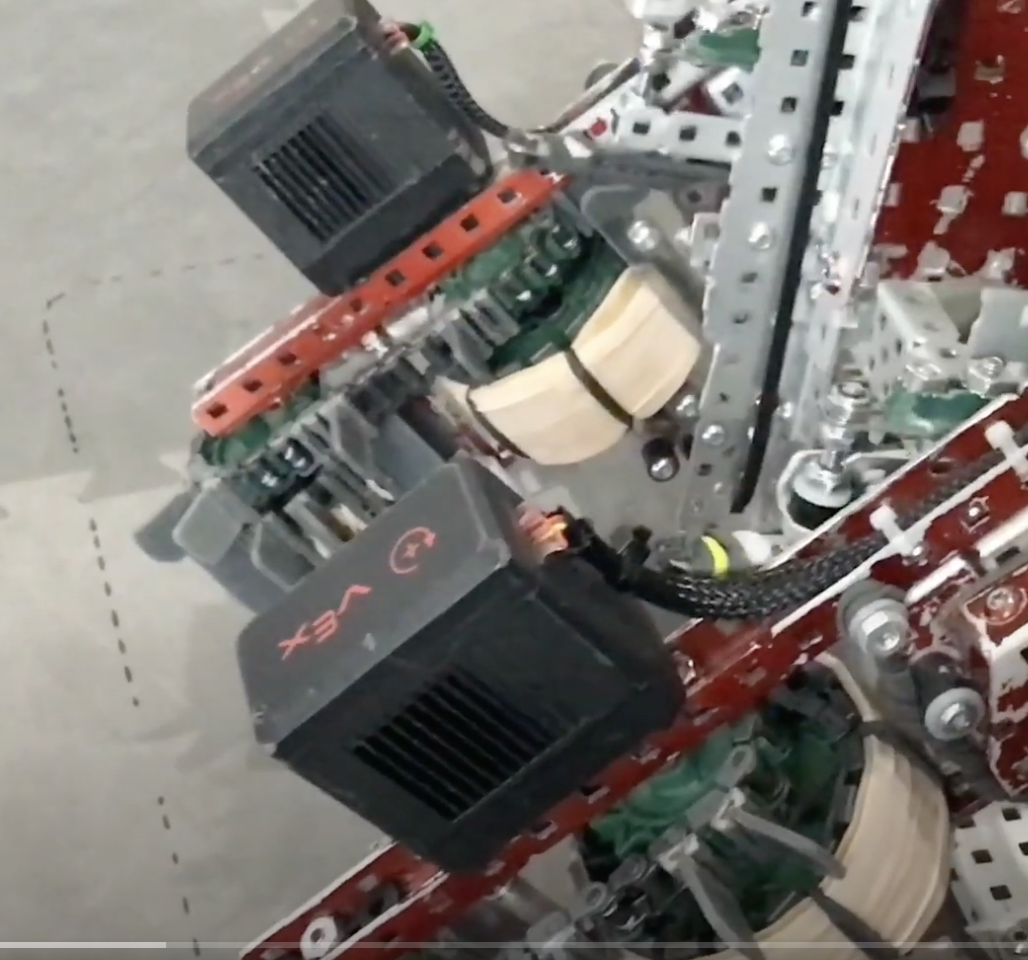 We did something similar for our Change up competition bot. We just stuck 2 gears on top of each other, wrapped a lot of Anti-slip mat around it, then covered that in rubber bands. Worked great! I like the Idea, though. Maybe add some Screws in it?