Hey All~
Turbodog posted a question on this in the Official Answers Discussion, but I couldn’t respond there, so I am responding here.

For those of you who haven’t read his post, basically, Turbodog was getting decimals ending in .999 when he tried to increment a variable by one. As I use variables quite often, I decided to investigate. Here are my findings and my work-around

Why is Modkit doing this? No clue

But, there IS a mathematical pattern.

I tried relating it to the nth digit of pi… (because we all have the first 100 digits memorized, right?) as well as a few other curiosities, before just building a work-around. If anyone finds the real cause, please post it!

Anyway, since the errors are mathematical / rounding errors, I decided to simply move the decimal. Multiply everything by 1,000,000 and the output error nearly vanishes. Strangely, multiplying by 10,000,000 produced more errors, so I’m guessing that Modkit can only handle 7 place values.

Best of luck, Turbodog! Hopefully, you can live with only 8 errors in 10 mintues. Else, you can always simply reset the variable. For example, when it reaches 200, set it back to zero and add 200 to the new counter. 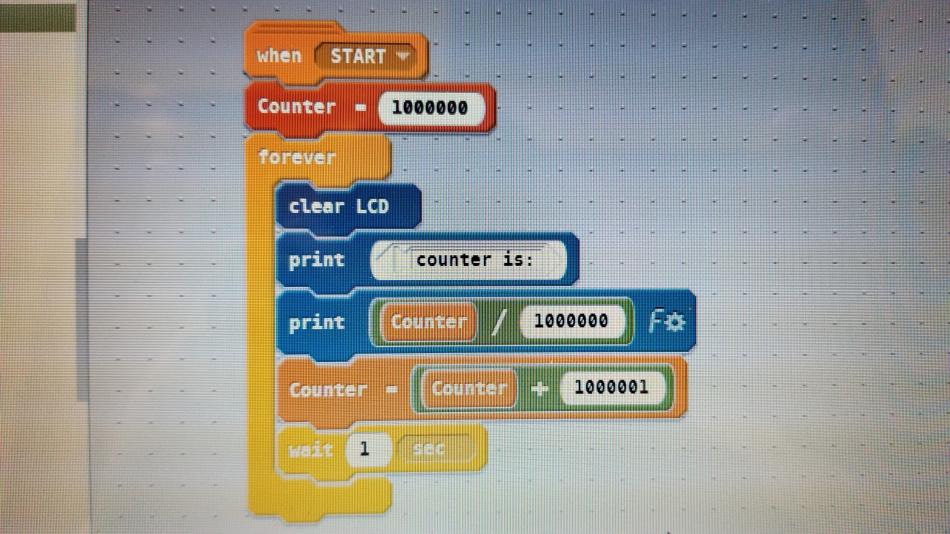 It’s to do with floating point calculations and it’s not ideal!

Makes sense then why moving the decimal reduces the number of errors. As you say, “not ideal”!

Makes more sense that variables are integers unless otherwise specified. I reckon this will be addressed in VCS.

It’s worth noting that the cpu thinks these are integers. If you round them, they round downward.