Control panel for an exhibit

For our thesis, we need to build a defusing robot which will come in an exhibit.
This exhibit is called “Robotland” and will introduce people to the fascinating world of robots, engineering,…
The only problem we are struggling with at the moment, is the control system. VEX sells remote controls which would be good to use the robot but with our intent, it could create some problems.

If kids come to the stand and use the remote control, it is easy to lose it or take it with themselves. Therefore we want to create a control panel like an old arcade box to place with the stand.
Now here is my question, do you guys recommend something we could use for this, something you used yourself but don’t sell at the website?
Or what would be the best system (Arduino, Raspberry PI,…) to buy and would be the easiest to connect with the VEX interface?

I hope some of you can give me any tips and tricks for this!

If you’re using the old Cortex system, then the controller has two threaded holes on the front (see below). It would be possible to make something (for example a 3D-printed part) which can be bolted to the controller and tethered or otherwise connected to your box. 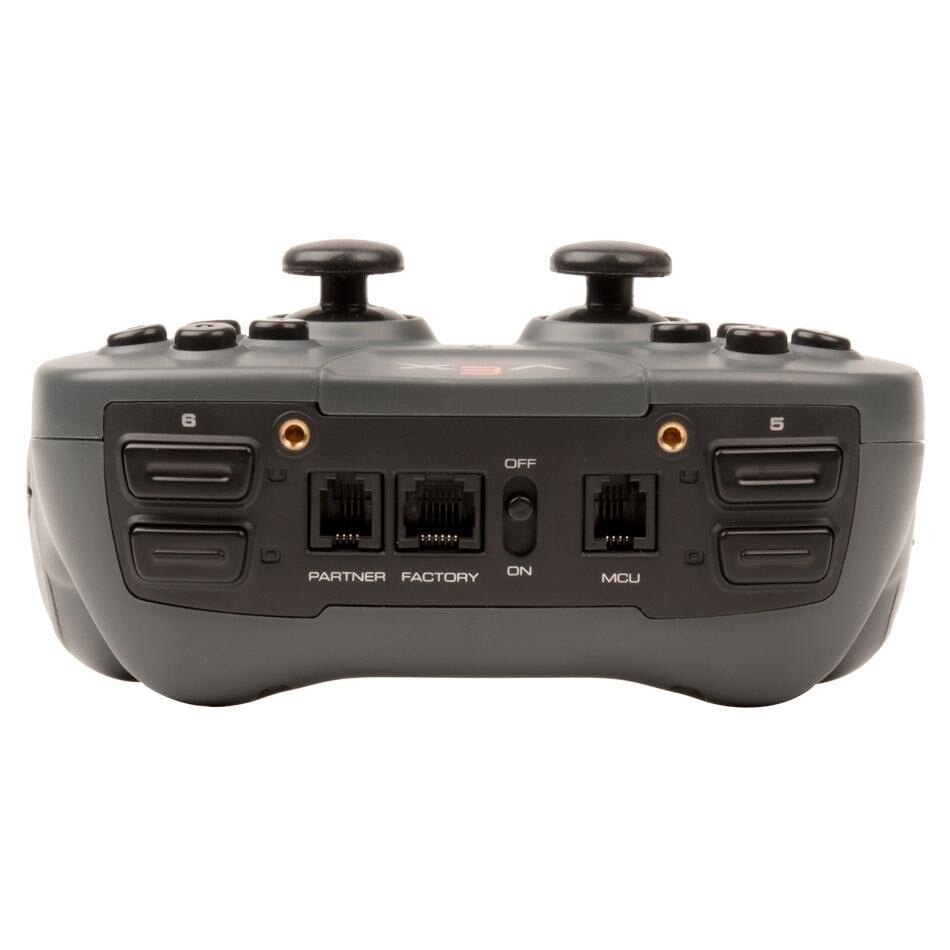 If you’re looking for something else, then the V5 system supports two-way communication between a computer and the robot via the controller, so you could have a program on a computer which takes input from whatever you want and sends output over the communication link to the robot. Note that this requires a bit more software effort to get working.

You could still use a controller and connect it to your exhibit somehow. Even connecting it to a competition switch would be good because if something goes wrong you can disable it. Kids are much less likely to take something that has a wire running into your exhibit.