Our controller got dropped and the right black plastic joystick broke. Vex doesn’t sell just that piece to fix it, so seeing if anyone has a broken controller they wouldn’t mind parting out that piece with.

what type joystick IQ, vexnet, V5? you may find one on e-bay for a good price.

Since you posted in IQ discussion, I guess it’s an IQ controller

What do you mean by broken? Does it look the same as it used to and just doesn’t send signals, or is it physically snapped? If the stem and thumbpad of the stick broke off, you may be able to stick it back on with cyanoacrylate (super) glue. You might be surprised at how sturdy the joint can be. Considerable attention to not getting glue inside the controller will be necessary. If it’s too badly broken, you could consider 3D printing a replacement for the visible part and gluing that on. (CAD files are available for all vex parts - 3D prints aren’t legal in IQ competition for structural elements, and we should let someone comment on the lgality of a replacement joystick). Could you post a photograph of the broken part (if you can find it) and where it came off the controller? It should be fairly close-up so we can see the condition of the place where the replacement has to go.
If something deeper in the stick mechanism (pivot, switches etc.) is broken, then more investigation will be necessary.
(The less specific you are, the more the audience has to guess

I have repaired them before. If you take the controller apart (about 6-7 screws) the back of the joystick pulls out easily and you can repair it without too much trouble.

This is for a vex IQ controller which is why I posted this in the IQ forum. Everything else in the controller works except for the black plastic piece of the joystick broke off.

I’m not looking for 3D printed parts as I was looking for an actual joystick piece to make sure the controller functions like it really should since 3D parts could have some kind of variance. So seeing if someone might have a controller that’s no longer working laying around. I was trying to avoid buying a used controller as that doesn’t solve fixing the mostly good controller that I had.

So just seeing if anyone has a dead controller that they wanted to piece out. 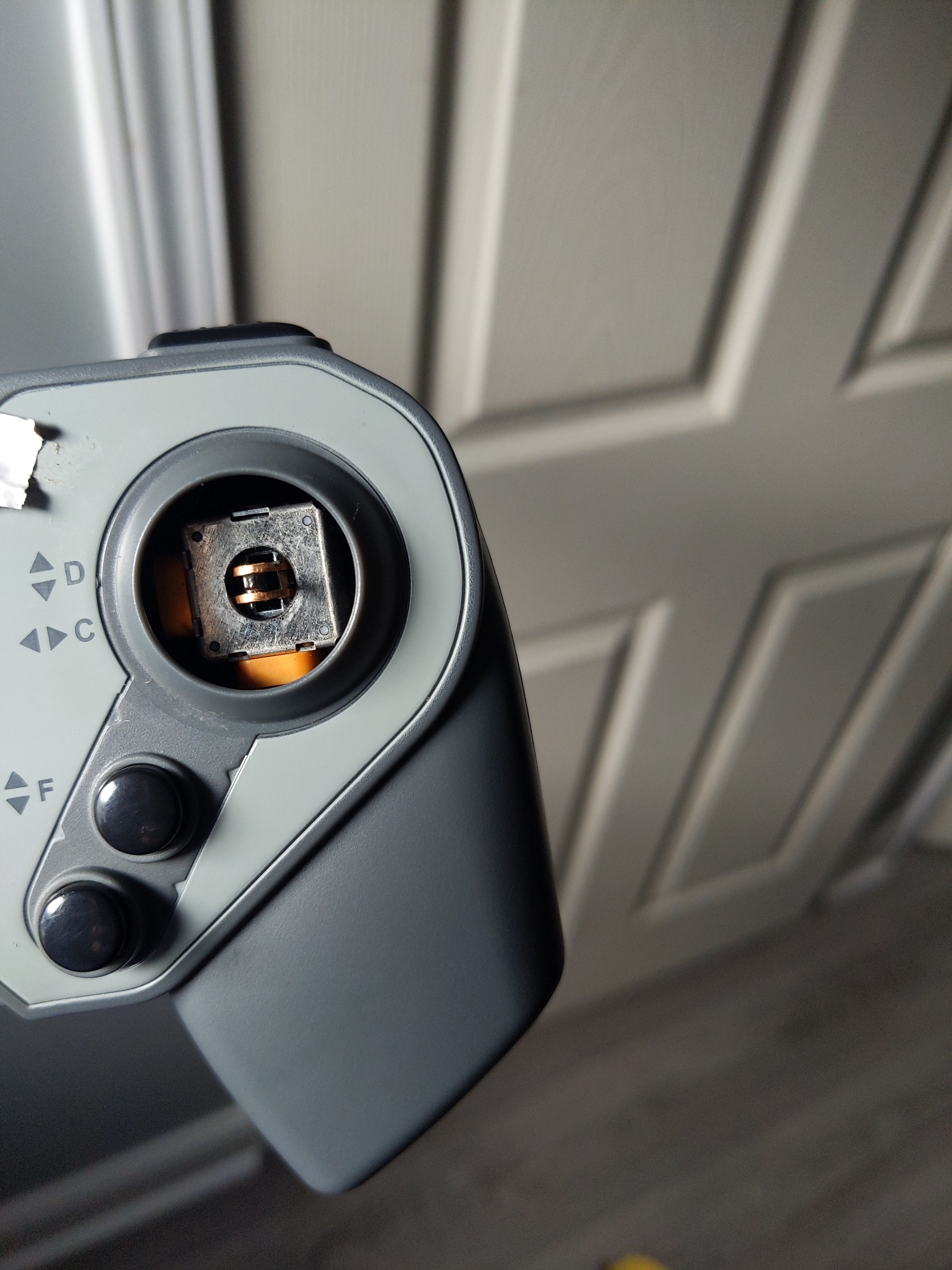 Did you lose the stick, or can you show the underside that attaches to the controller? It looks like it would still have two very small pegs left on one side. If it has, then gluing it back into place should be easy to get right. If it hasn’t, and the side in shade also has the white pegs stuck in it, then you’ll presumably have to drill out the pegs before you can attach a replacement stick. A screwdriver-type hand drill would do it. There might be enough of the peg material left on the stick to be able to feel where they should go. If that’s the case, you can probably go ahead and glue it by tracing a thin bead of high viscosity cyanoacrylate on the underside of the stick - to avoid gumming up the mechanism, and as @sankeydd points out you can dismantle it to be even less risky - then seating it on the block the way you did when you tested the peg stubs. If you’re unsure about how much glue to use, practice with two sheets of paper. You’ll see how far the bead spreads when you push the sheets together. You could also spread the glue on the stick thinly with a piece of paper to be sure that it won’t flow any further. But be aware that depending on which glue you buy, it could cure quickly, which would stick your paper to the stick. I guess I would use a piece of PTFE to spread it - I have some sheet stock. That wouldn’t stick.