Several VEX Cortexes are overheating. I had 4 Cortexes today alone that overheated. We are doing very basic RobotC programming (If/else) programming. We are using a large battery on a standard PLTW Testbed setup. We are using Port 1 and Port 10 for our two motors with limit switches, bump switches and LED lights.

This is my third year teaching PLTW Automation and Robotics and this is the first year that we have had any cortexes overheating. Two things have changed since last year - we have new DELL computers and we are using larger batteries for some projects. Unfortunately, I am the only person in my district teaching PLTW so I have no in-house resources so any help would be greatly appreciated.

I would suggest that you only use Vex batteries with the Vex micro controllers.

What does it mean “Cortex overheating”? Symptoms?
Based on your setup description, let me assume you see motors losing power. That would be the PTCs in the brain (or the motors) to heat up and trip - as designed in case your code with limit switch fails to turn the motors off and lets them push against a hard stop.
You could verify if this is the case by watching the motors debugger window in RobotC. Or perhaps add LEDs to shine when their respective motor is on?

Or do you see some other symptoms?

@crjohns01 That battery should be fine. I think we all went “over heat” and “large battery” and thought “Out of spec COTS battery?”

Can you be more descriptive on “Cortex overheating?”

You say that you are using limit switches and touch switches. Are they plugged in correctly so you are not shorting the +5 power (red wire) to ground(black wire). That would cause high current flow through the system.

@nenik Good question! When students run their programs, the lights are a yellowish/greenish color versus a green color, the cortex starts feeling warm on the bottom and some of the LED ports (Digital 8 through 12) begin not working. We also noticed a burnt plastic or too hot plastic-like smell. Today, we were testing more with Port 1 than with Port 10 motors so we didn’t experience problems with our motors. In the past Port 10 has stopped working with the same symptoms.

“The lights” - as in, the LEDs they connect to the Cortex or the Cortex built-in lights?

When a single-color green LED turns yellow-ish, it means too much current is passing through, which would be caused by improper driving method.
LED, in general, should be current-driven, which is typically done by a resistor in series with a fixed voltage source. Green LED needs about 2.2V, if the supply is 5V and you want 10mA, Ohm’s Law says: put a 280R in series.
But for VEX, this is none of your business, the cortex should drive the VEX LED correctly. The question is, how is that done, and while I don’t know the answer, there are basically only two possibilities:

In general, picture of your setup and marked hot spot would help…

@nenik Cortex built-in lights are a yellowish/greenish color versus a green color. Our LED lights on the 4 cortexes today wouldn’t even turn on. I’m very suspect of my NEW computers that we got this year are causing the problem. I didn’t have problems for 2 years and now I’m having problems this year with cortexes “overheating” frequently. About 2 months into this school year, we started having problems with the USB ports on the computers. The ports would break (plastic piece would come off). In talking with our tech guy, he said that this will cause a short in the computer because the prongs inside the USB port are now touching. This has happened to 10 of our 28 computers. I believe that it’s a quality issue with the USB ports on the computer especially since we never had problems with our old computer’s USB ports. We have since purchased a USB hub for each computer that is hooked to a port in the back of the computer. we have taped over the USB ports in the front of the computer so students cannot access these. Do you think the USB problem could be related to my Cortex “overheating” problem?

I will add a picture of the cortex and the program tomorrow once I’m back at school. Thanks!

Do you think the USB problem could be related to my Cortex “overheating” problem?

I will add a picture of the cortex and the program tomorrow once I’m back at school. Thanks!

This will certainly cause some communication issues between the computer and the cortex, but the computer isn’t providing power directly to the cortex, so it’s very unlikely that it is the issue. Are you distributing your motor controllers evenly? Uneven distribution of power can cause a problem (and I know because it happened to me). You might be also running your motors into an obstacle for too long. This will cause strain on the motors and burn out the motor (and possible the cortex). In that case, your best bet would be to not run into heavy things (by that, I mean your robot shouldn’t struggle to move things), and change your drive motors to torque if they are HS (because running into heavy things with HS will burn out the motors faster).

A picture would definitely help though!

So, the cortex runs no code when there’s no connection. You either need to have VexNet key in the USB port, of the A-A cable to a computer.
My understanding is that in the PLTW setting, you’re programming the brain directly by the orange A-A cable, correct? Which LED is yellow, the VEXnet one?
If your VEXnet lights show yellow, it lost the connection to the computer and stopped the code.

@nenik You are correct - we are running our programs directly through the A-A Cable. Parts of the program run but not all of it. For example, the motor in Port 1 will run but the VEX LED lights won’t turn on. The debugger shows the values are getting set correctly.

@nenik @Battlesquid @foster Here are some pictures to hopefully help solve the problem. Again, this is a very simple program and the same thing is happening to several cortexes not just one so that leads me to believe that it’s not how things are plugged in. 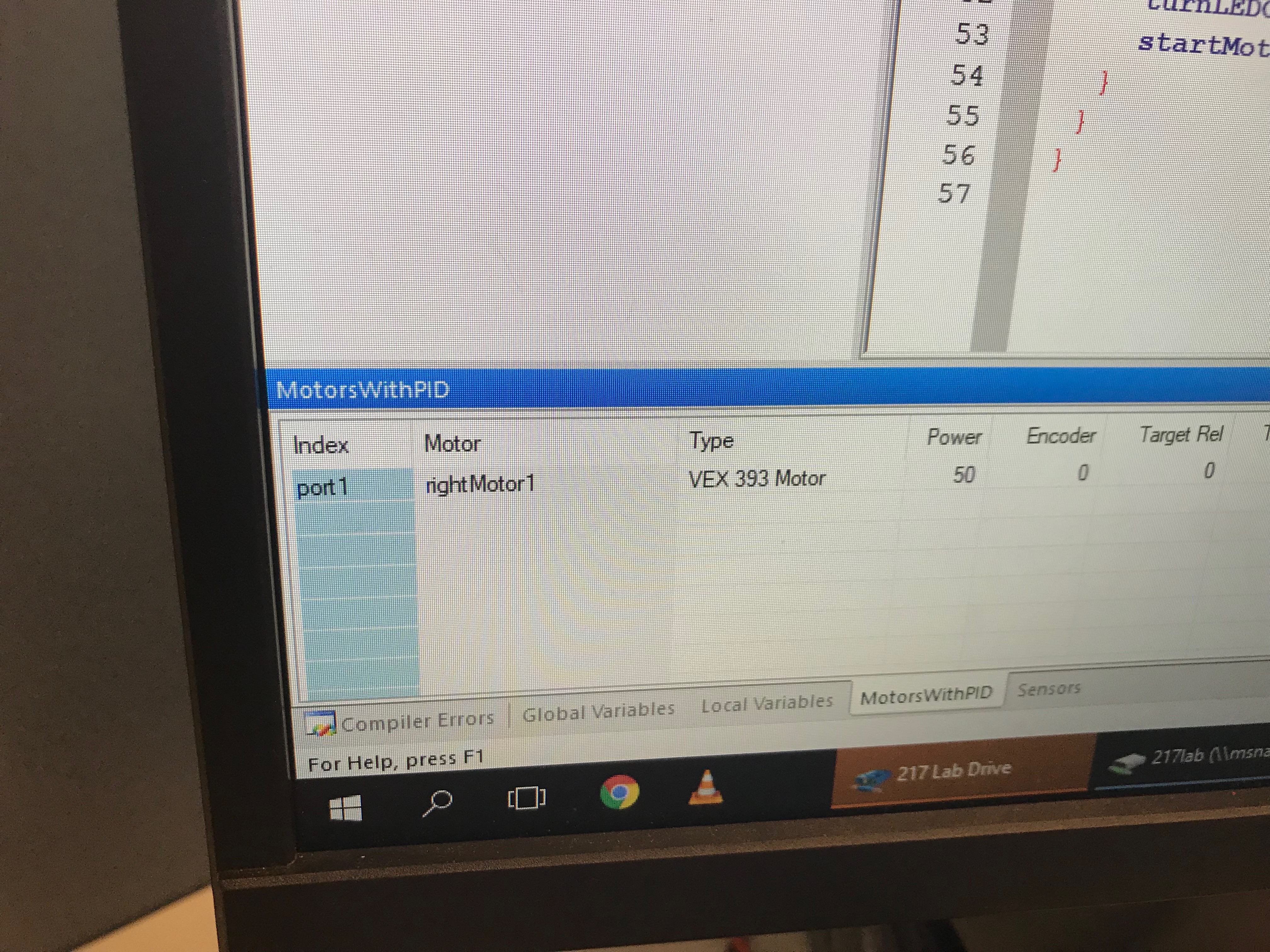 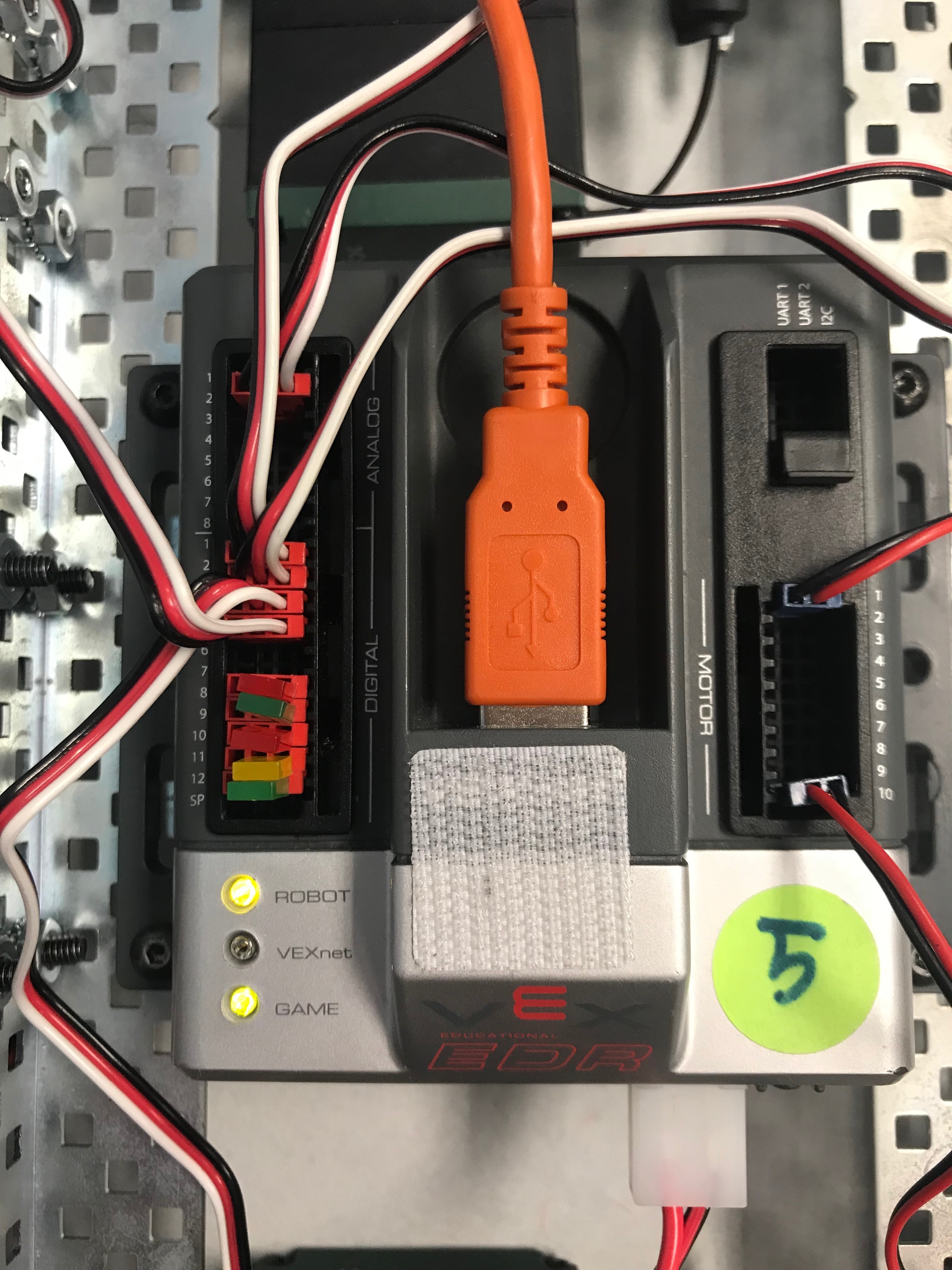 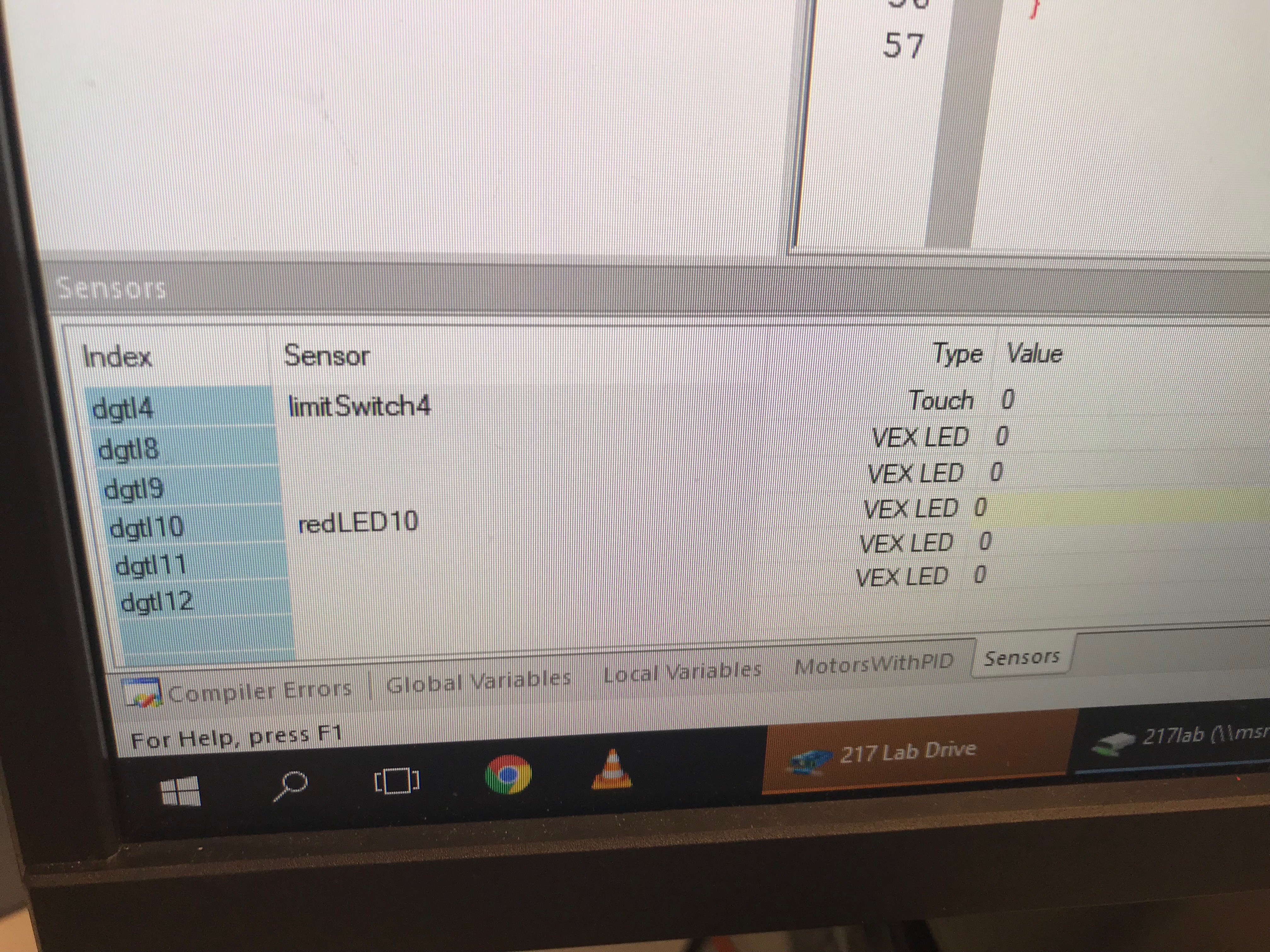 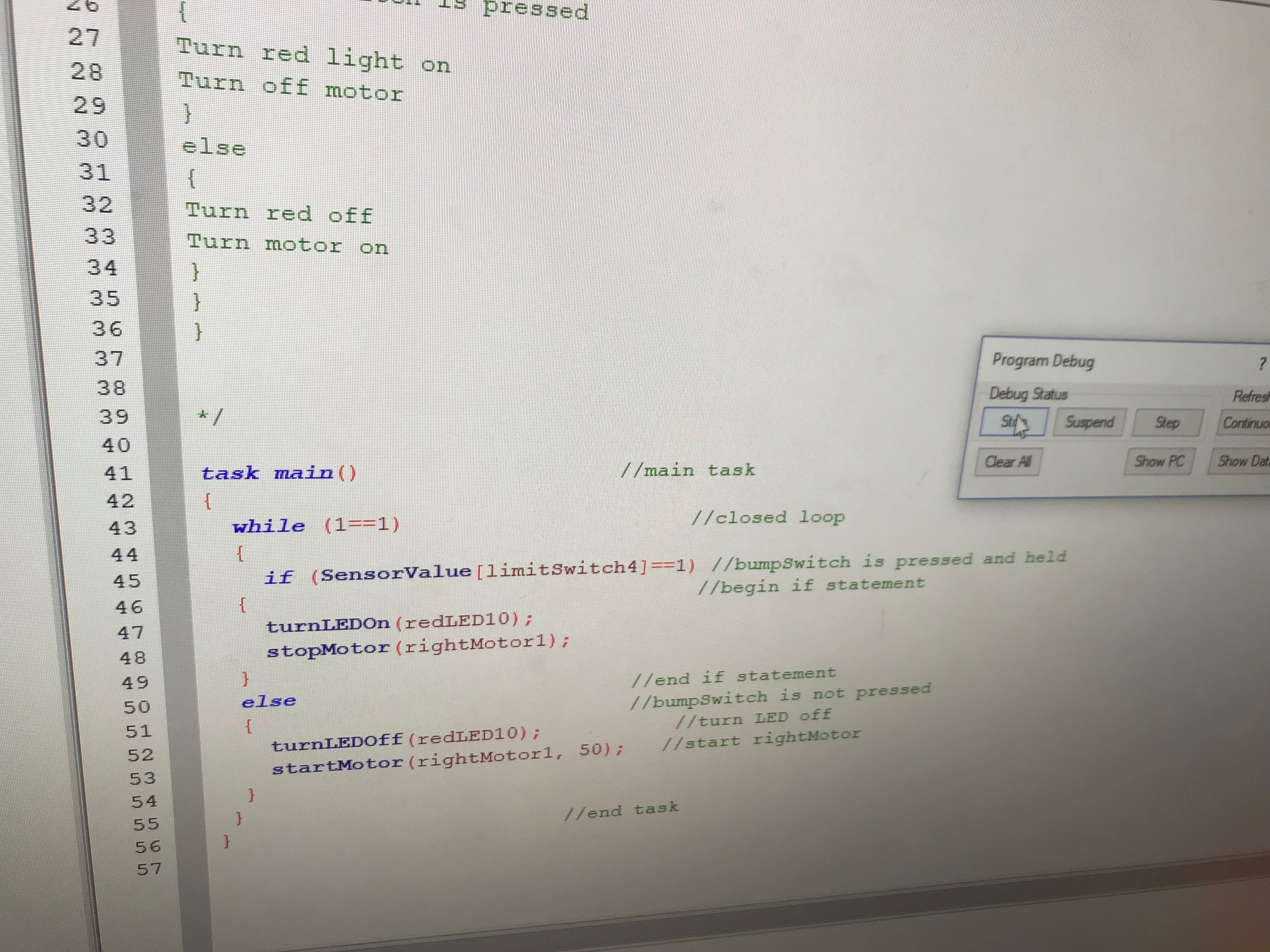 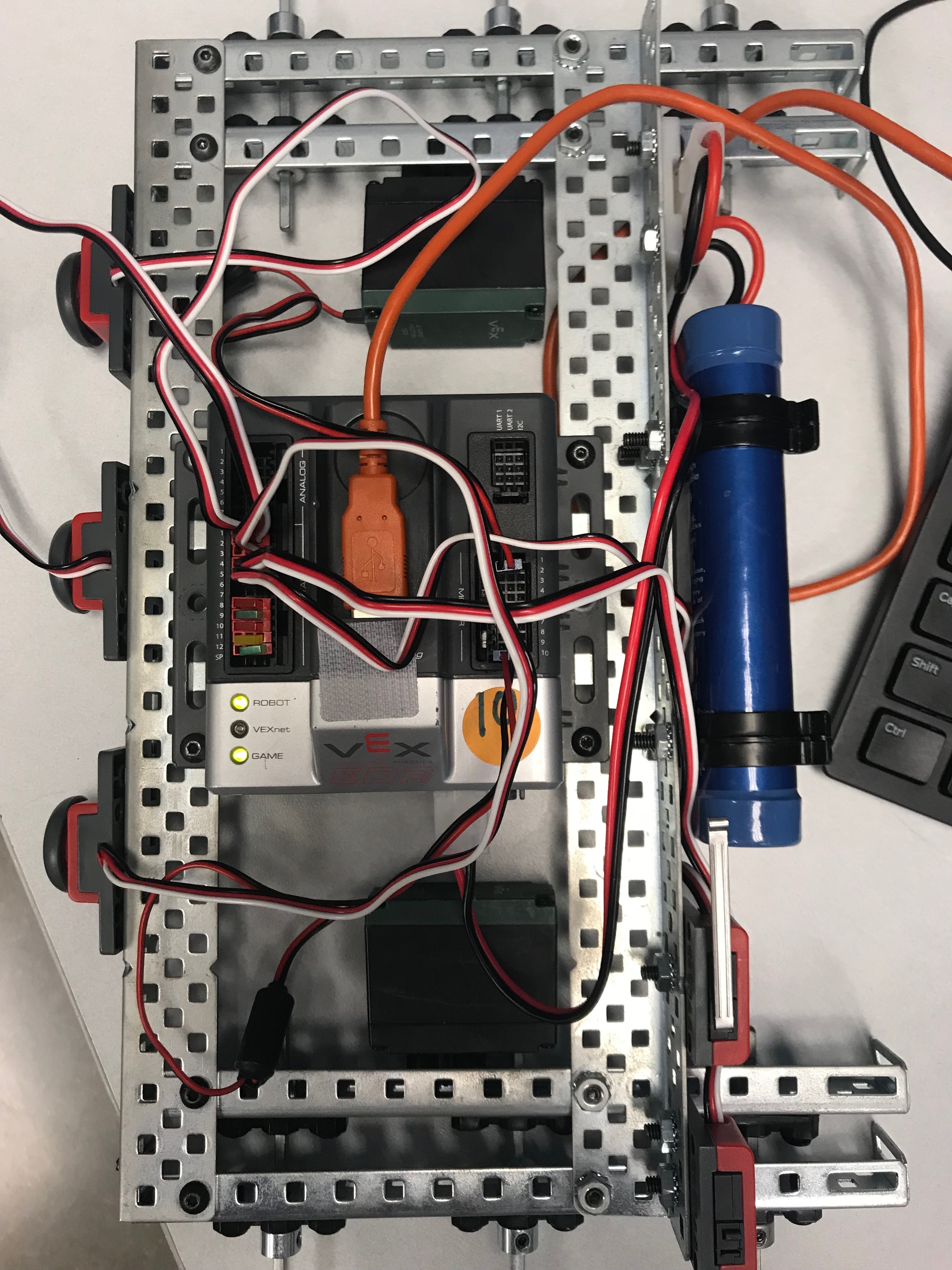 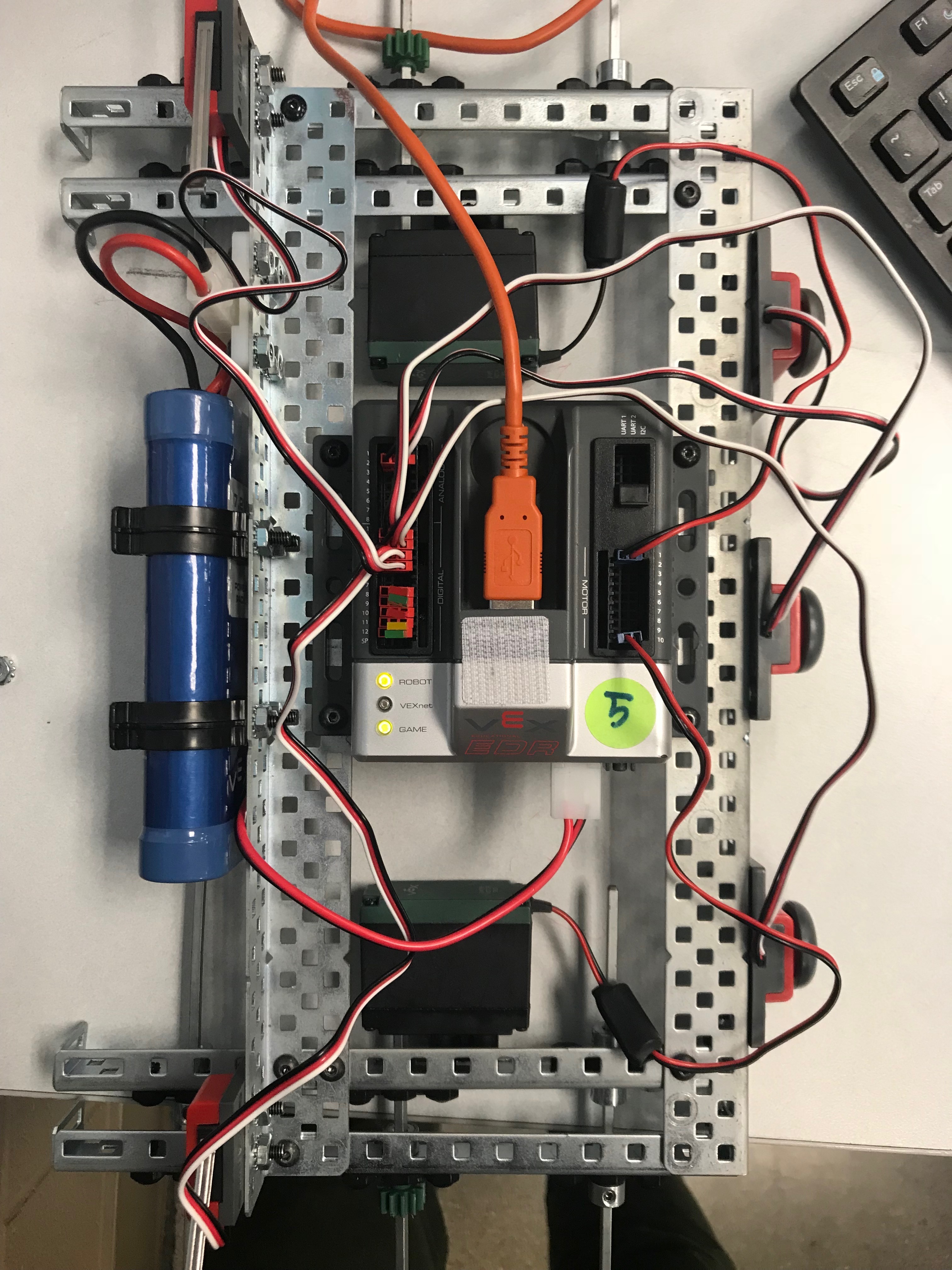 @nenik @Battlesquid @foster Here are some pictures to hopefully help solve the problem. Again, this is a very simple program and the same thing is happening to several cortexes not just one so that leads me to believe that it’s not how things are plugged in.

Your motor in port 9 is definitely plugged in incorrectly. As a rule of thumb, 2-wire cables should never go into 3-wire ports.

In this case, the improper connection is connecting the motor PWM signal through the motor to ground. In other words, the Cortex is trying to run a motor through a connection meant for merely signaling rather than one actually designed for the load of a motor.

@crjohns01 Yep, the easy way to tell is that on the two wire motors it’s red side to the outside of the case.

@imperius I will definitely try that tomorrow! Thank you!

@imperius I will definitely try that tomorrow! Thank you!

No problem! If you burn the 29’s you’ll know there was probably a short in the motor wires. If nothing is changed then you’ll know to keep looking