Continuing the discussion from Need help on custom hinge:

How would counter sinks be made like the one in this photo? 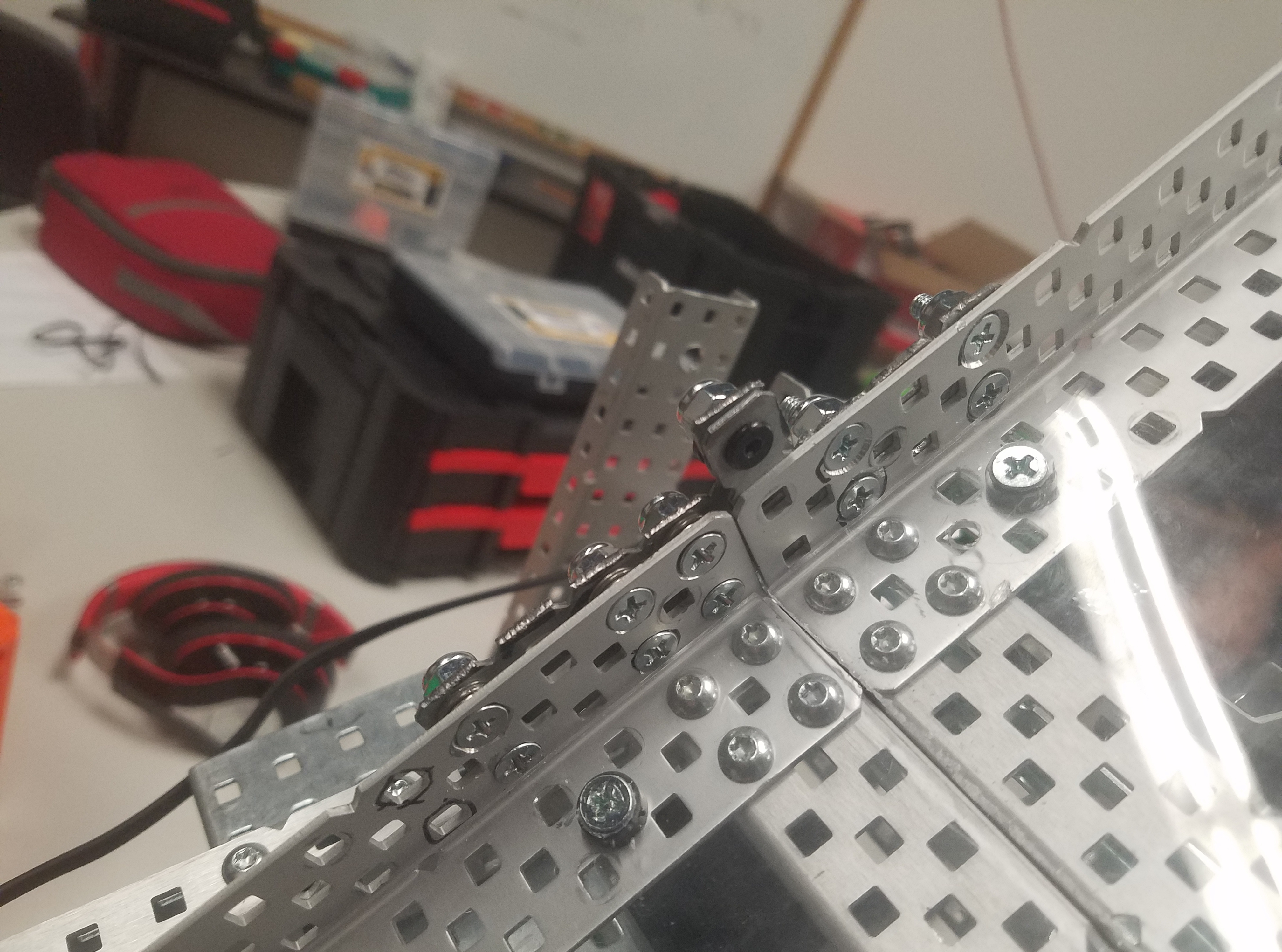 Countersinks are made with a countersink tool, like these: https://www.amazon.com/Preamer-Industrial-Countersink-Working-Deburring/dp/B014O08HF6/

Be sure to get an 82° countersink, of a fairly small diameter, like 3/8" if you want to fit into the angle like the picture shows.

That actually happens to be my robot!
What I had to do was get a bit to drill out a cone shape in the metal, then the countersink screw was perfectly flat.

Why would you countersink screws?

To remove all obstructions on the path the cubes need to slide on.

Only, the cubes are also sliding on the non-countersunk screws.

Also, are those screws with the flat heads competition legal?

R7© states this:
Any commercially available #4, #6, #8, M2, M2.5, M3 or M4 screw up to 2" long (nominal), and
any commercially available nut and/or washer to fit these screws [are legal]. The intent of the rule is to allow teams to purchase their own commodity hardware without introducing additional
functionality not found in standard VEX equipment. It is up to inspectors to determine
whether the non-VEX hardware has introduced additional functionality or not.

I think that these screws may be considered ‘introducing additional functionality hardware’ but other people may think otherwise. Dig through the QnA or start your own thread and you can get an official response

@Taran is smarter than that. He put the Lexan on top of the normal screw heads.

How to counter sink screws (the right way)

Put in a screw how you would normally. Make sure it is super tight because with method you cannot retighten them later. Then shave of the screw head until it is flat with the metal.

If you want to do this yourself here is the most expensive angle grinder I could find
https://www.amazon.com/dp/B01N05UA80/

Edit: Opps didn’t mean to put this in memes thread.

In past rulings, additional functionality was explained by the example of an eyebolt, not by the difference of a commercial head type.

they both only make the profile of the fastener smaller

I cannot think of a time when I have used thin nylocks for any reason other than the fact that they can be screwed in slightly faster. With the countersinks, however, they improve the function of the tray, and are not available vex parts.

Countersink screws have been used by many teams in the past without concern from inspectors, so I think they’re essentially considered legal by precedent. If you are truly concerned about their legality, you should ask in the official Q&A. The topic of this thread is how to create countersinks, not whether they are legal.

im going to sound bumb but you have to use a countersink took to make a recess for the screw head then chop the head off?

No, you don’t have to chop the head off. The screw head is flat and will sit within the recess, flush with the metal.

Here is an example of some 8-32 flat head screws. You’ll need to buy them at a hardware store or industrial supply. https://www.albanycountyfasteners.com/Flat-Socket-Screw-8-32-Black-Oxide-Stainless-p/12240000.htm

so i just need the countersink tool to make a recess for the screw head? and just need flat headed screws?

That is correct, as you described.