Creating a robot design on Onshape

I’m planning on creating the RI3D robot on Onshape. Any tips on how to do so? This is my first time using Onshape and I have watched a couple tutorials. I will be downloading parts from vexrobotics.com 's product CAD files and possibly from the public files from Onshape or parts libraries. Also, while making the robot on CAD, would I have to include screws and stuff? I’m making the design so that it can move, such as the wheels. I don’t have the robot in real life to reference off of, only the RI3D reveal video, their documentation, and their write-up.

There is a vex library, all I have to say is that onshape is simple for beginners and gets the job done very well, don’t use c channels from multiple libraries (the holes might not line up), and depending on your computer, multiply assemblies together may lag a lot, also, onshape has very few options for lighting and render settings. But overall, it’s good and simple

Also, don’t be an idiot like me and try and put something together with the perspective setting on, orthographical view makes life soooo much easier

Edit: for making moving parts, getting used to the rotating bonds can be tricky, there is an onshape guild online (https://cad.onshape.com/help/Content/mate-revolute.htm) which shows the order to put your pieces to bond them correctly. Depending on what you are bonding you can not use screws and just line up the middle of the holes (there will be dots to select when you are choosing pieces) or you can do the middle of a hole to a middle of a gear hole. (For stuff like joints and stuff) So no, you don’t necessarily need screws

Edit2: since you are making the wheels move, I would just fix the axle and then make the wheel rotate around that axle.

Thank you, that is super helpful! Just another question, but how long does it typically take you to design a robot on CAD/onshape and what do I do if I don’t know exactly what all materials are used in the actual robot?

My very first “build” in onshape took about 2 or 3 hours. It was just a simple drive base with no other mechanisms. But this was on a chrome book(so slow and laggy), I added screws and nuts, and I had no idea how to work in onshape and it was pretty much trial and error trying to figure out how onshape worked. If you don’t know the parts, either browse the vex website and if you still can’t find it, ask on the forums, I had into do this once but I wouldn’t do that for every single unknown part. Than if some parts look very similar to something else or it was discontinued, use another part of you can.

Edit: now for an entire robot since I have gotten used to it, it took me about a solid 2 hours just to get the rotating mates on the tray and tilter to work correctly with each other so the entire robot didn’t enfold on itself or just refuse to rotate at all. Other than that, I was able to build a drivebase (different than the first one), a tray, a tilter, an intake, and connect them all in about 4 hours (with the help of a teammate with a better computer cause mine crashed when I put 12 assemblies in the same assembly

Big tip: make sub assemblies and then import them into a single one, so like a intake assembly, a chassis one, a claw one, a tray stage 1, a tray stage 2 assembly, etc, it makes life so much easier when you want to mate or move around large pieces and helps save your work when you make a mistake. Also always remember to make versions before and after major changes!

I’m trying to add an omni wheel to the c channel using a revolute mate and it’s not exactly working out… How would you do it???

first, i fixed the c channel so it wouldnt move when the wheel turned, but only do this after the entire robot is made.
Then, i grouped the entire when as a single group cause i uploaded it from a library and i wasnt sure if it would all move together.
so first, select the middle of the hole on the wheel.
Then, select the middle of the square hole on the c channel, any hole you want
Then, make sure they are in the correct order as shown, if they are not, you can rearrange them
Then, off set the wheel as much as you would like.
finnaly, if you right click the revolt mate on the side, click the animate… to see it move.

sorry for the late reply

edit: sorry the photos are so bad, i took pics of my computer with my phone just to upload them to my computer but i didnt feel like taking new screen shots

thank you so much. I was able to get my omni wheel to spin! I know I’m asking a lot of questions but one last one; if I’m trying to make a chain drive, how would I make the chain move around the gear? Since I don’t understand how I would be able to get the chain into the position I want around the gear, nevertheless make it move…

Don’t make the chain move, I have tried and it’s probably impossible (or super complicated and not worth it because of how each individual piece will have to turn when it gets to the gear) given the limitations of onshape. It’s also pretty hard to get the chain positioned around the gear as if it could turn. A way around this would be to make a gear relation using the two revolution mates of the gears(each gear would have a revolution mate of their axle) then the gear relation will allow you to have the gears spin in relation to each other but at a distance as if there was chain. You can still add chain around it so it appears they are moving by the chain, the chain just wouldn’t move.

So basically I use a revolution mate to make the gear move, making the chain look like it moves too, right?

So i have to connect each and every chain link individually???

I don’t think there is a easy way to make the chain look like it moves since you would would be working with a lot of really small pieces that move . But after some looking around, I think mating all of the chain links With rotational mates (with Limits!)!and then doing some tangent mate May work. I haven’t done this before so I couldn’t give a definitive answer on if this will work
But then you would do revolution mates of each of the gears on their respective axles and then do a gear relation mate so they spin in relation to eachother

Edit: pretty much, the gears and chain would have to move separately because they move in different patterns. Chain moves in an oval shape across two gears and then a gear is stationary moving around a fixed point if the chain was mated like the gear, it could only move in a circle around the gear but couldn’t go over to the other gear

Thank you. I downloaded the chain link, so I need to connect each piece manually?

Yes. Ik, i sucks and you have to position the curves in the chain around the gear manually as well

Welp that’s too bad but I’ll probably have to do that. How to diagonally connect something…?? I can’t seem to get it. For example I’d like it to look like this, the diagonal part 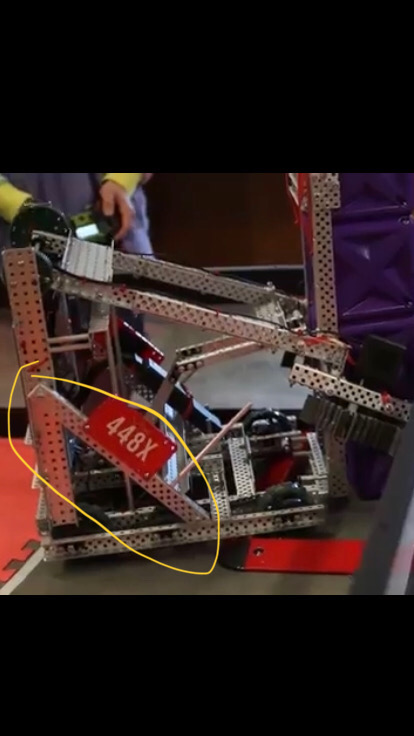 Do you need the chain to be diagonal or a piece of metal diagonal? If chain, you have to manually turn all of the pieces the same degree, make the line, and then manually do the curves. If it is for a c channel, then you have to turn in.

To do the c channel easily so the holes line up without trial and error, you could make a rotation mate so the diagonal c channel can turn around the c channel parallel to the ground. Then you can just turn it until the other side is where it should be