What would be a good way to make custom linear slides that could be as light and small as possible? My team and I were looking at other designs that utilized two-wide C-channels with spacers and green pulley wheels, but we think that it’s a bit too bulky. We’re just looking for a way to passively deploy a slide mechanism (so it doesn’t need to be powered by a motor, if that helps).

Vex slides are just too heavy and really not worth it for the design we’re looking for, which only passively deploys once at the beginning of a match.

Is this what you’re talking about being too heavy? Utilize the low friction slide rails for your mechanisms or combine them with Rack Brackets and VEX Rack Gears to build direct driven linear actuators.

do you have to use sliders? more details would be helpful

Well the plan was to have a tray that would extend to hold more cubes, and although theres a couple different designs we could go with (such as simply flipping out an attachment with rubber bands), a slide design would be the cleanest (they look super cool too lmao), so we were just exploring some ideas to see if there was a way to optimize this

Yeah rn our main issues (which aren’t terrible tbh) are that the slides are steel which is just a bit unnecessary, seeing as it will only deploy once and stop moving, and that the slides have limited usability due to the number of holes so building on top of them will get bulky.

Yeah we built a prototype using the vex slider rails with a pivoting screw mechanism that would lock them in an extended position, but we’re trying to see if it would be possible to use a design that wouldn’t require the vex official slider rails.

I said ‘rail’ meaning anything. I’m suggesting using spacers to hold the sliding mechanism (I just called it a rail) while its being pulled out

yeah we thought about that but didn’t have a very clear idea of how to hold them out or where to put the spacers exactly since they’re kind of big. We’ll definitely try to see if we can build something like that though because it seems pretty good

Apparently its a sin to do metal on metal so don’t do this in competition, but if you are looking for a good size I found that shaft collars on the last hole of a c-channel lets another to slide between it and the end nicely

As @Deicer mentioned, Dreadnought had an extremely efficient linear slide in ITZ. Here is their reveal: https://www.youtube.com/watch?v=AxI8CMtCjCA

And here is a detailed description of their lift:
https://www.youtube.com/watch?v=Yta_Nk7crSI

Metal on metal is fine here, especially if you’re doing a one-time deployment.

One thing you can do is instead of having a linear slider is to have something that flips out. You can easily have a piece of c channel on a screw joint pivot with rubber bands to deploy it. It’s not a linear slider, but it will get the job done (if I understand you correctly) and you can have a very light one. Good luck!

Yep we’re currently testing that design too because it definitely is lighter so far. Thanks!

Maybe its time more people see this. First a disclaimer, i did not create this concept it was originally thought of from Steven (aka Stevo) from 7700R in ITZ.

What was figured out is that standoffs fit very nicely inside high strength bearing blocks and have a pretty low amount of tolerance allowing light low friction sliders to be possible. Using this idea i tried to create a cascade lift, here is a video of it in action:

and here are some pictures of the parts used to make this: 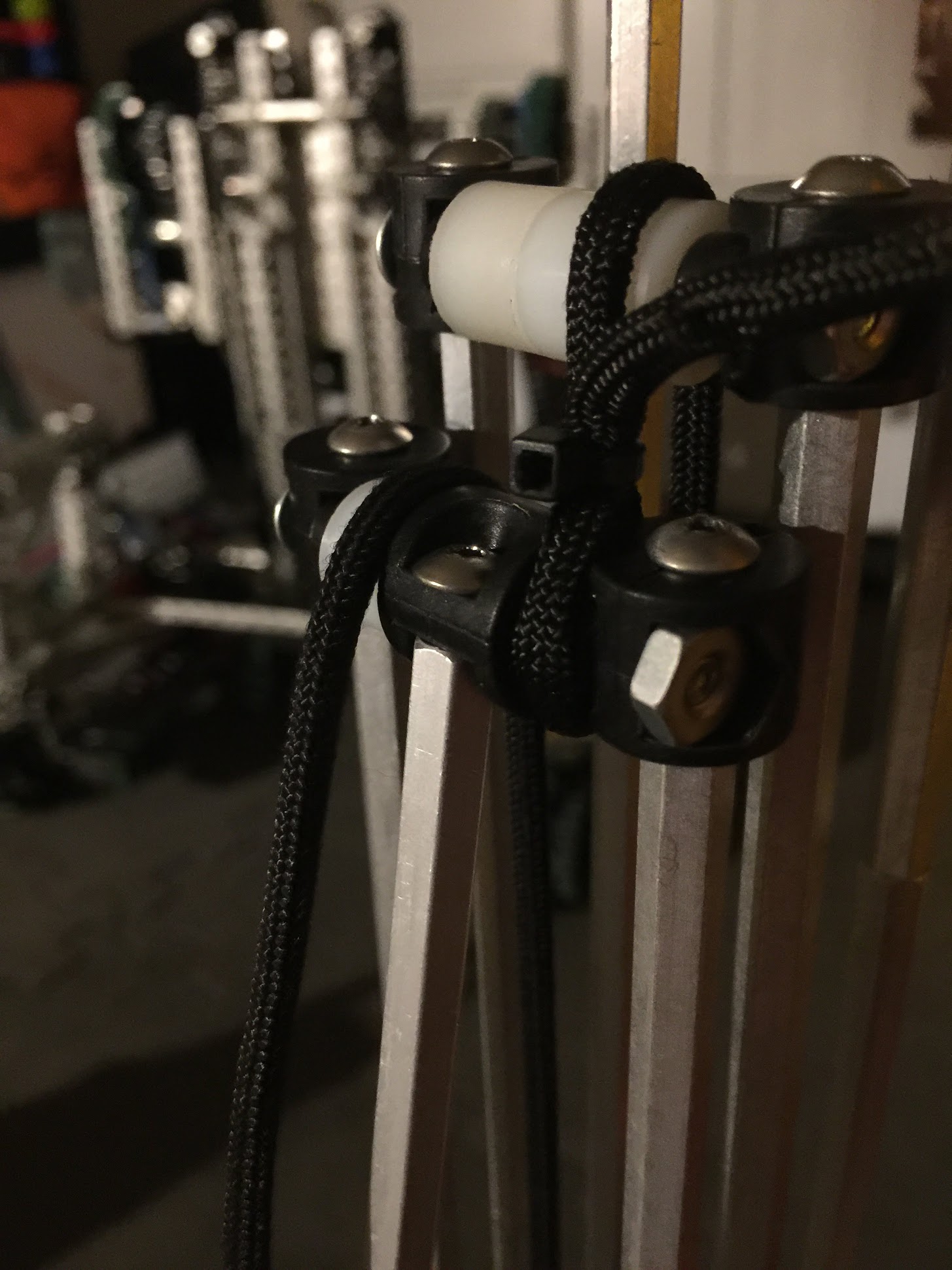 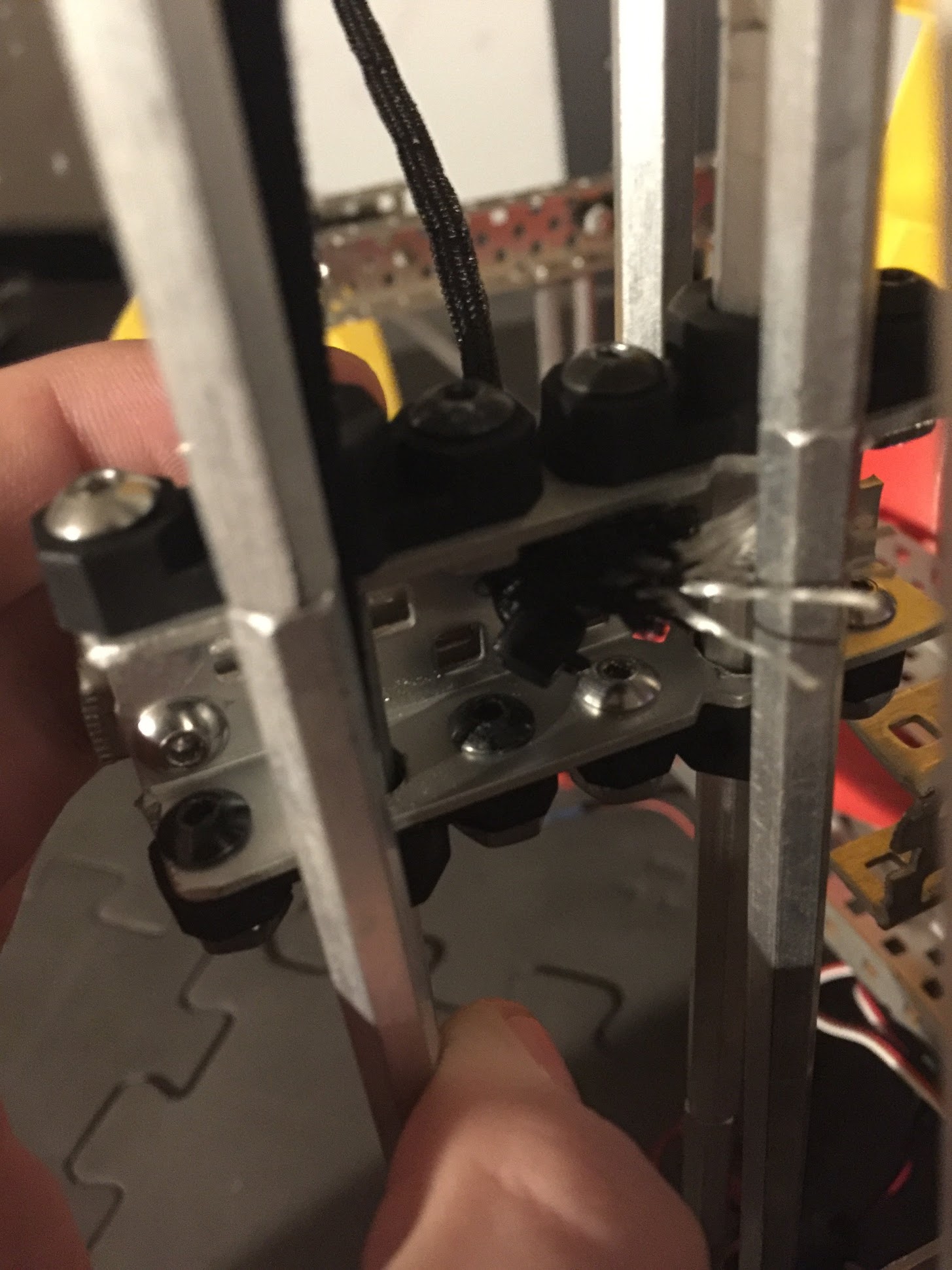 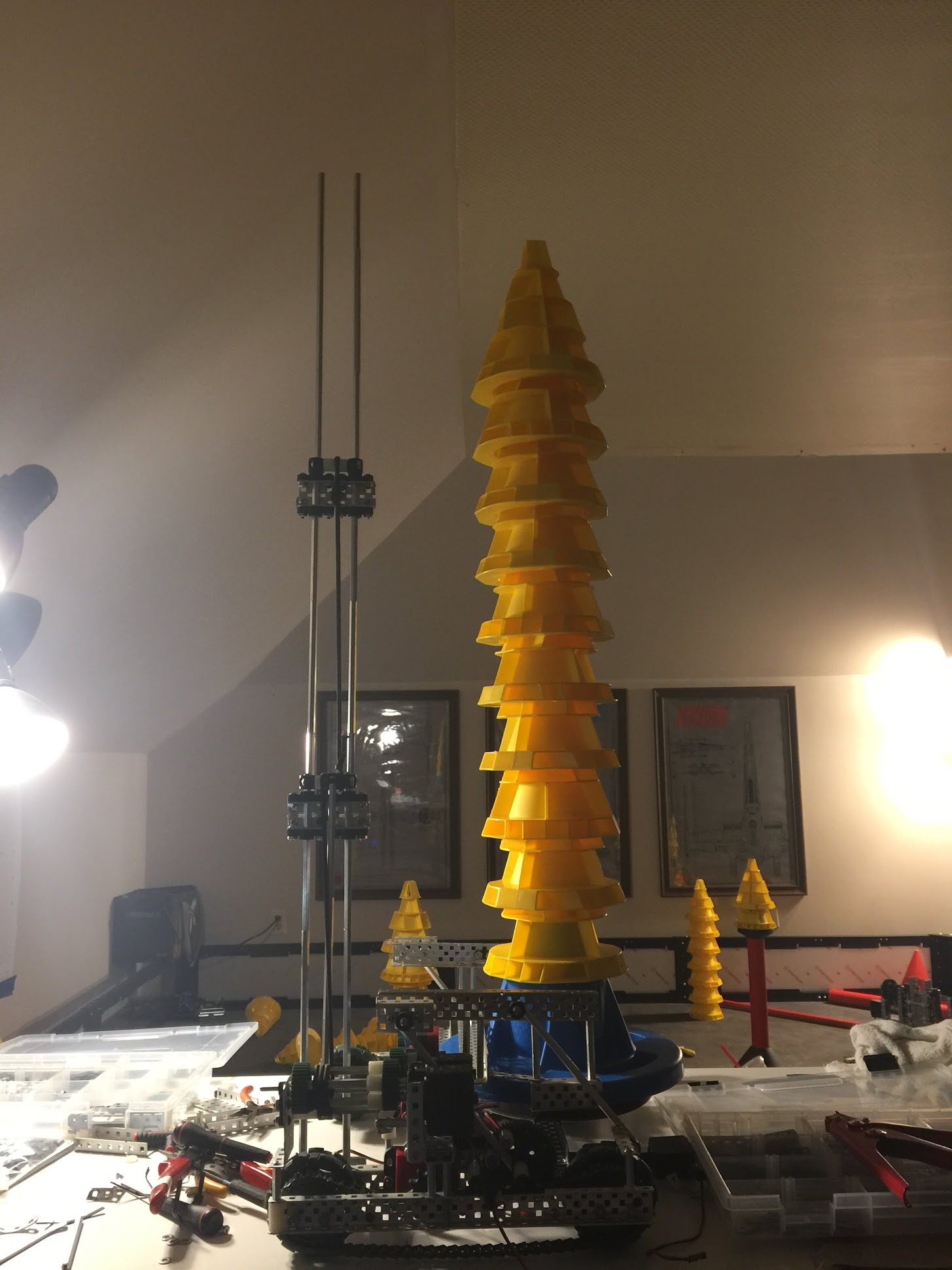 Something that i did while building this to reduce friction was polish the standoffs (sand them down with higher and higher grit sandpaper then rubbing them down with aluminum polish bought at a local Ace hardware). It was pretty shocking the effect that it had on the friction and how much dirt/debris is actually on standoffs. Here is a picture of polished standoffs beside a normal standoff. 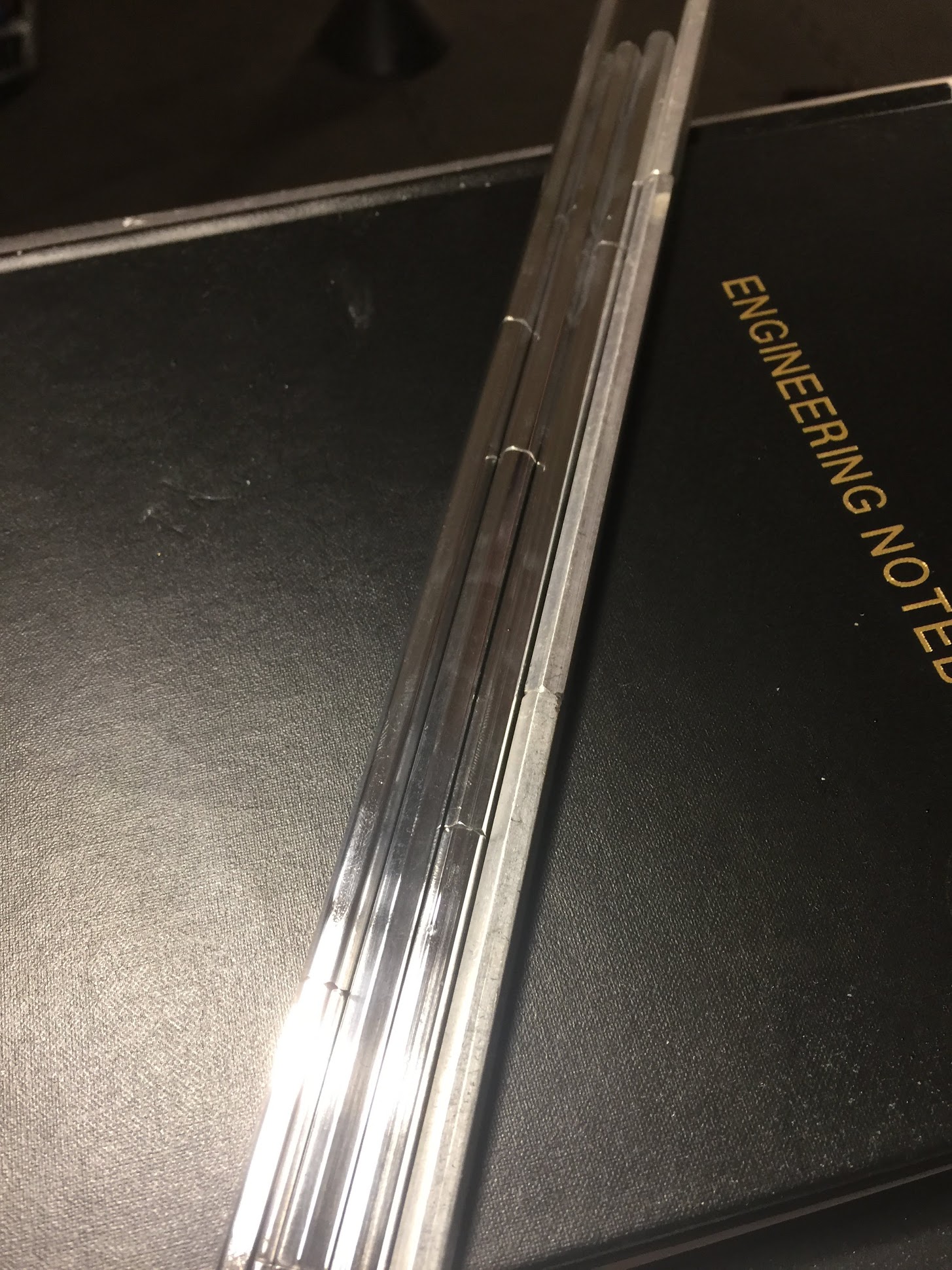 Hope this idea can be used for something else that is cool (maybe a extending sleeve for the cubes), the elevator never saw competition because after 2 stages it became increasingly more ‘twisty’ and couldn’t handle the forces of a translational cone mover.

Side note: the way that multiple standoffs were assembled without damage was by using 2 nut drivers the size of the standoffs and very carefully tightening them with loctite.

You can reinforce the standoffs with shaft lock bar in-between the connection points.

The elevator wont work if you do that…

wow that’s really cool! I’m actually going to use this type of slide now on my bot for something special (not a lift).

how would the bearings slide over the standoffs if there was a lock bar attached?