Does anyone know of a way to get discontinued vex parts specifically the 2.75 in omni wheels.

When I was building tracking wheels, I wondered the same thing. Though I can’t provide you with some magic source besides asking local teams, I can provide you with an alternative. Cut the new 2.75in omnis in half. And no, you don’t need any special tools. (though they would certainly be helpful) I cut mine using a hacksaw. I won’t tell you it was easy, but it did work.

This creates omnis with the same diameter as the ones you linked that are roughly the same thickness. As an added bonus, this gets rid of any issues the older type had with the small rollers sinking into the mat and allowing the rim of the wheel to touch.

Here’s a picture of what these look like when done correctly: 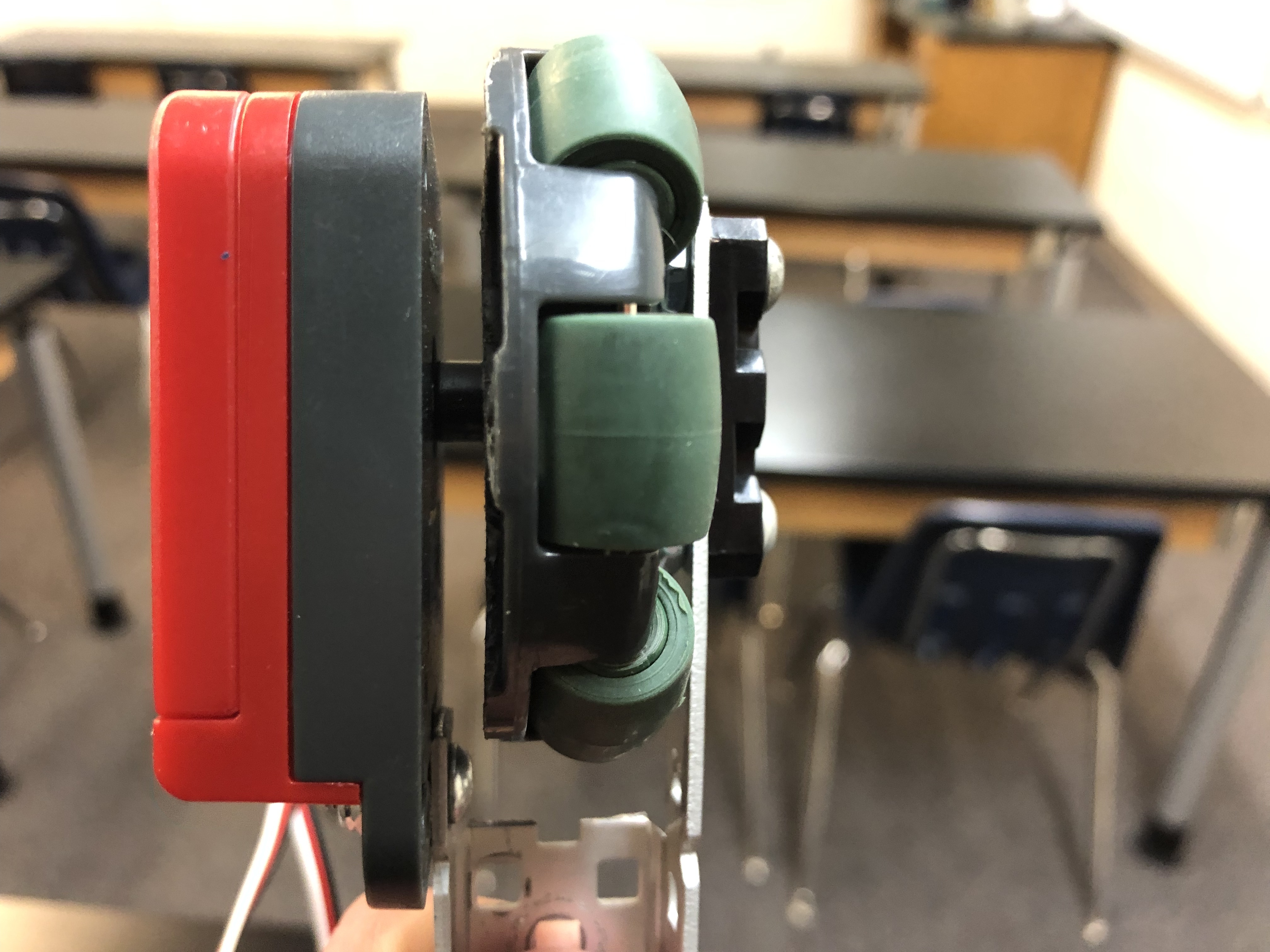 Thanks I was thinking about doing that but was not sure it could be done.

You could probably get them used from someone who is no longer competiting.

To go into more detail on how I cut them, I used a small vice to hold the wheel in place while making the cut. (It was a very small vice and I ended up having to clamp the vice onto the table and use the part that’s supposed to attach the vice to the table to hold the wheel because the wheel wouldn’t fit into the vice part. This is by no means a requirement if you have an actual decent vice, but it didn’t not work, so that’s something, I guess.)

Another thing to note is that I didn’t actually cut the wheels directly down the center line. I cut in line along the edges of one side’s roller indents to give them more strength. I don’t have a picture of a whole wheel from the correct angle, but I’ll throw together a mockup in Affinity Designer to demonstrate what I mean: 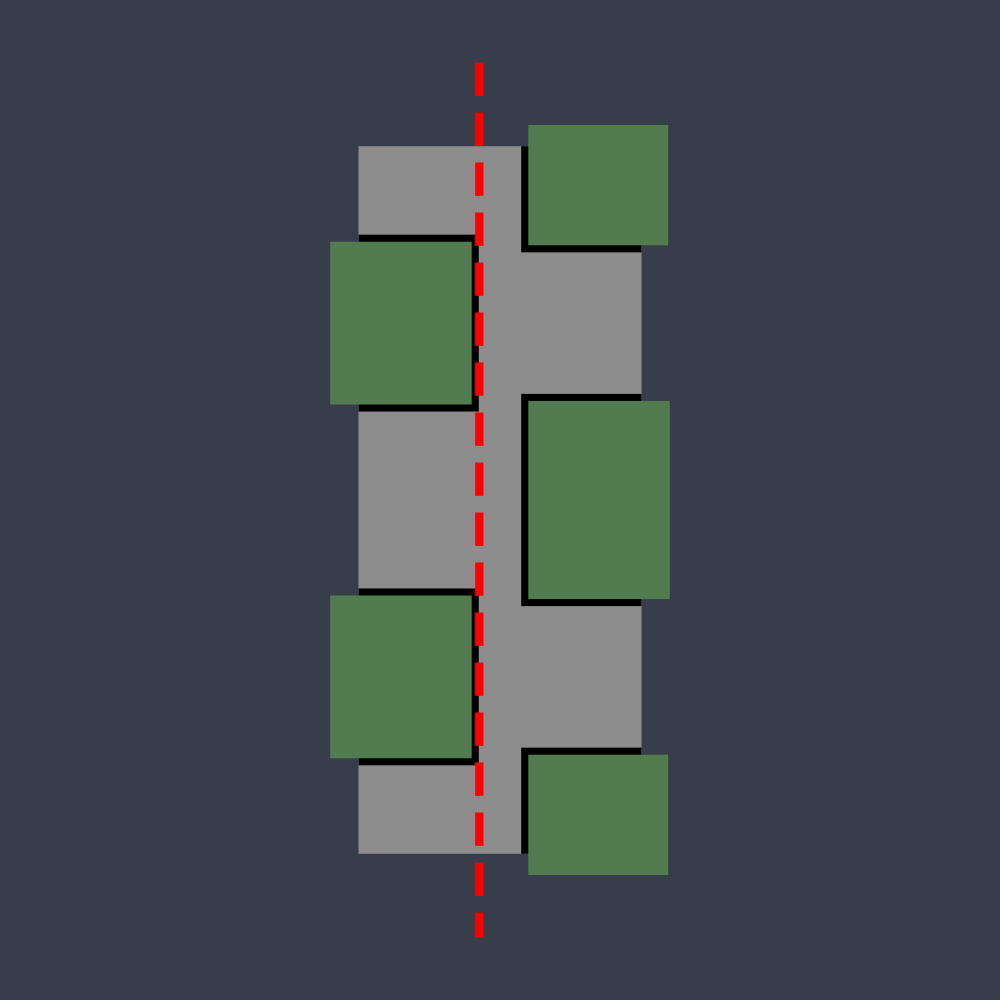 Did you try cutting down the center?

I don’t believe I did. I’m sure it would work, and maybe even save some parts while you’re at it. Thing is, when using a hacksaw the cut likely won’t be perfect. Any waviness may potentially render both halves useless. Whichever you’re more comfortable with should be fine.