Just out of pure curiosity, does anyone else have a display/trophy case for messed up parts like we do?

we had one for iq toughies thats it though 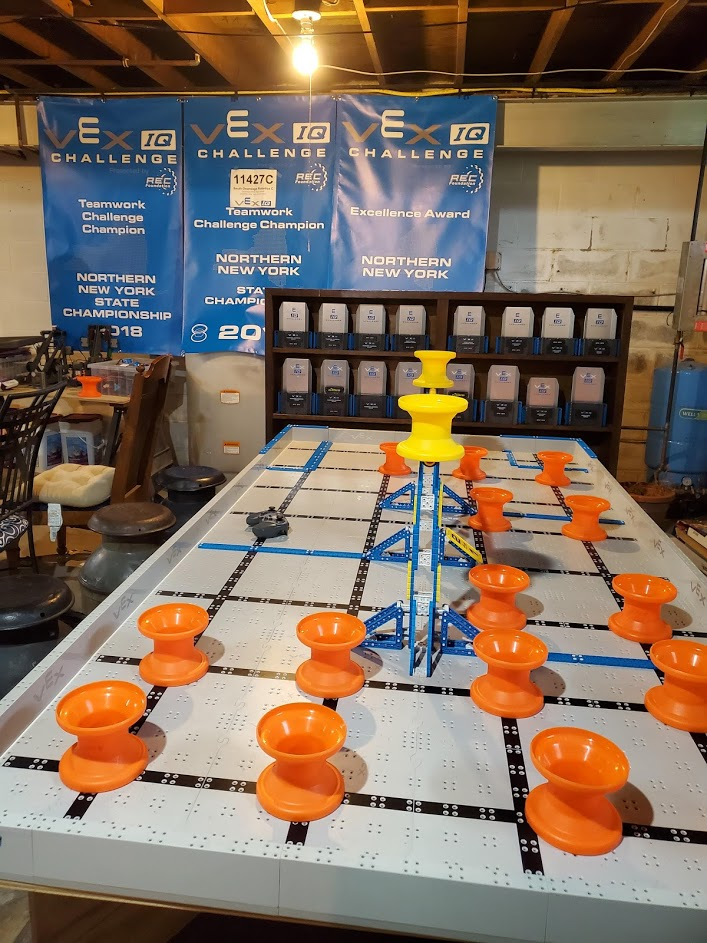 it was all in 1 year too

edit: actually one of the banners was from my first year but the rest was all from next level

amazing, my team has i think three trophies in all, 2 from last tournament and one like three years ago in iq

asked club if they wanted trophies up, championships banners, or club banners we do each year to put up at Worlds in the pit. It was 100% for club banners because it had pictures of club members … trophies they have 56, of which 8 are regional championship qualifying and one Worlds judge trophy. They also prefer to have actual robots from each season that went to Worlds. I like the way they think.

Three robots are x3 QCC2 and x1 44 robots on loan - the rest are 9791C from past three seasons. Yes it may seem extravagant, but this is a living library of really interesting designs and builds. For middle school, it keeps them focused on quality and thinking ideas through.

we had Overhaul in our shop for about four months - that was inspiring! 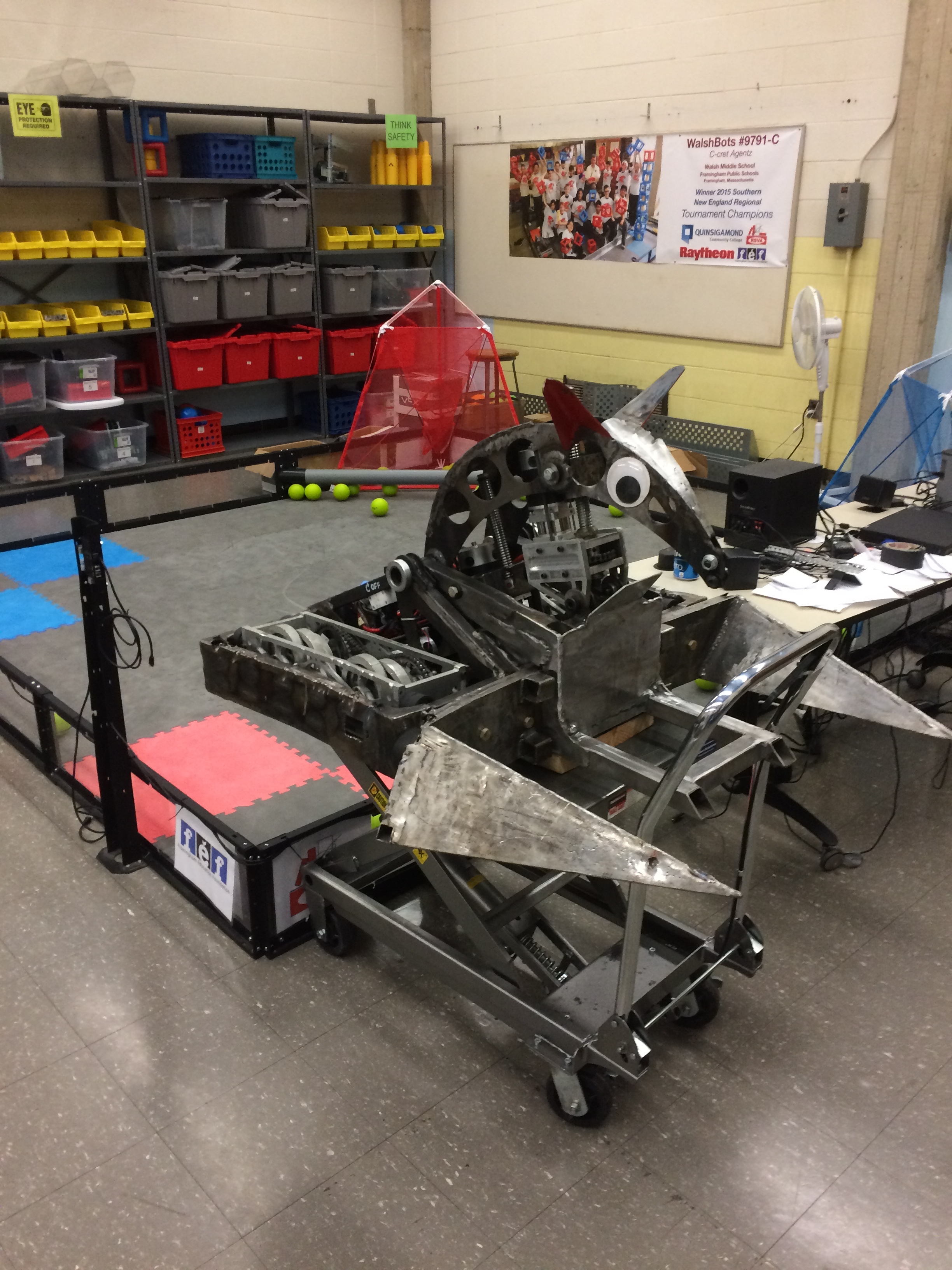 that is so freaking cool

We have all of the game elements, awards and pictures of the team who won that award.

I call mine the Boulevard of Broken Parts. But I’ll soon need to expand it to make it larger.

We have a Wall of fame for all the parts that we have destroyed or are just funny. For example we had a cheeto that is like a few years old stored in a ziploc just cause. At my old school there was a can of “chunky soup” that is also like a few years old. We have bent axles and broken gears aswell.

Funny you should mention that…

if u do it u gotta @me @Zphelps

c-channel or other parts whoops caught that really late