This code doesn’t go forward and says that the sensor detects 0.00 mm 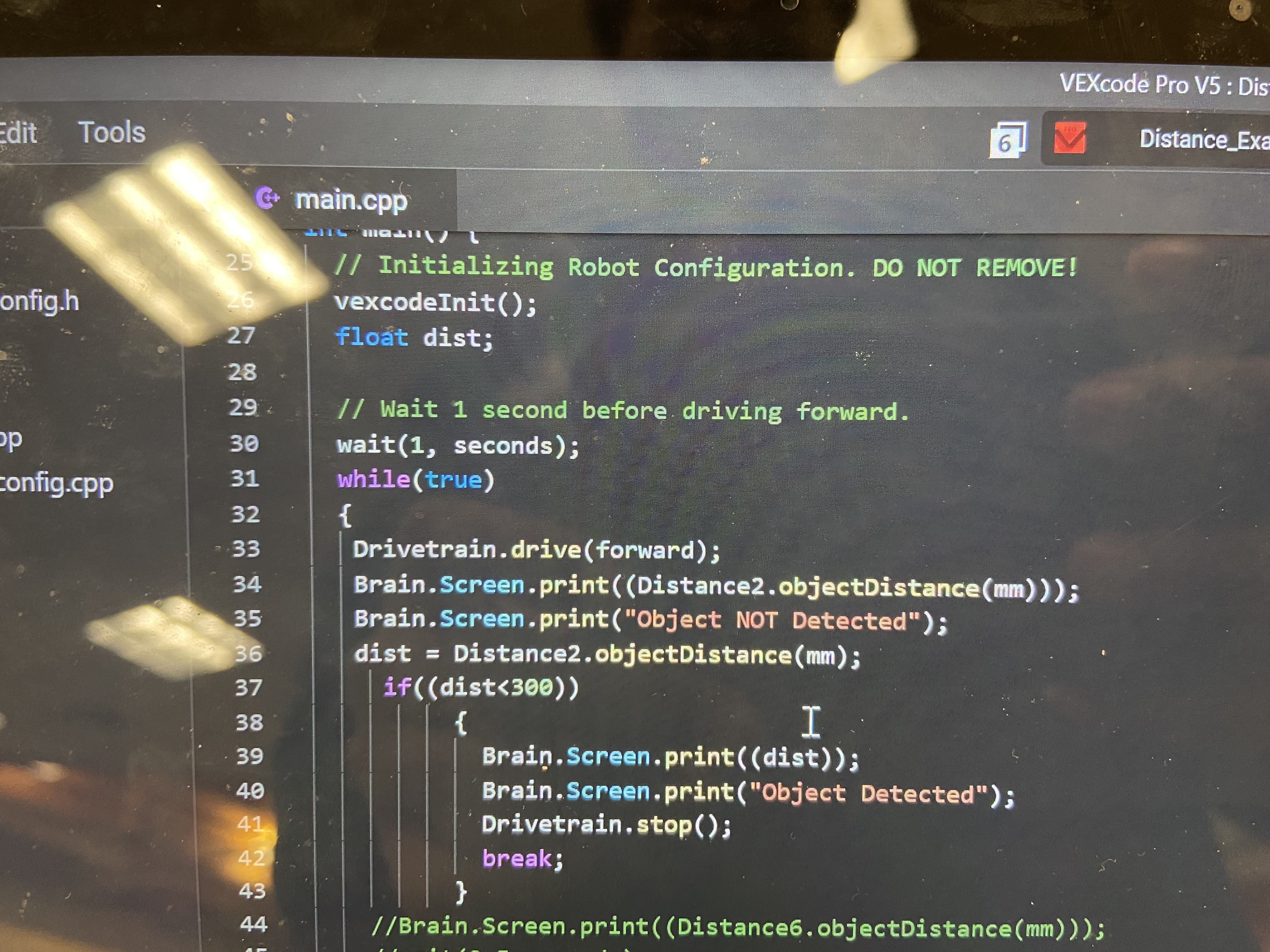 iirc, the distance sensor returns -1, which is less than 300, if it doesn’t detect anything.

How far away is the target that the sensor is looking at? Also, can we see a picture of the mount?

If the sensor is close to the ground or a wall of some kind, it will think something is in front of it. I had similar trouble with this before, and I just needed to move the sensor farther off the ground. This was an IQ distance sensor though, I’ve never used a V5 distance sensor.

I think we are assuming that the original question was meant for a V5 sensor. I think @Time_Genius was simply stating that they had this issue with a IQ sensor and that it might work for the V5 one.
Maybe I’m misunderstanding but I’m pretty sure the issue is not what kind of sensor they are using. 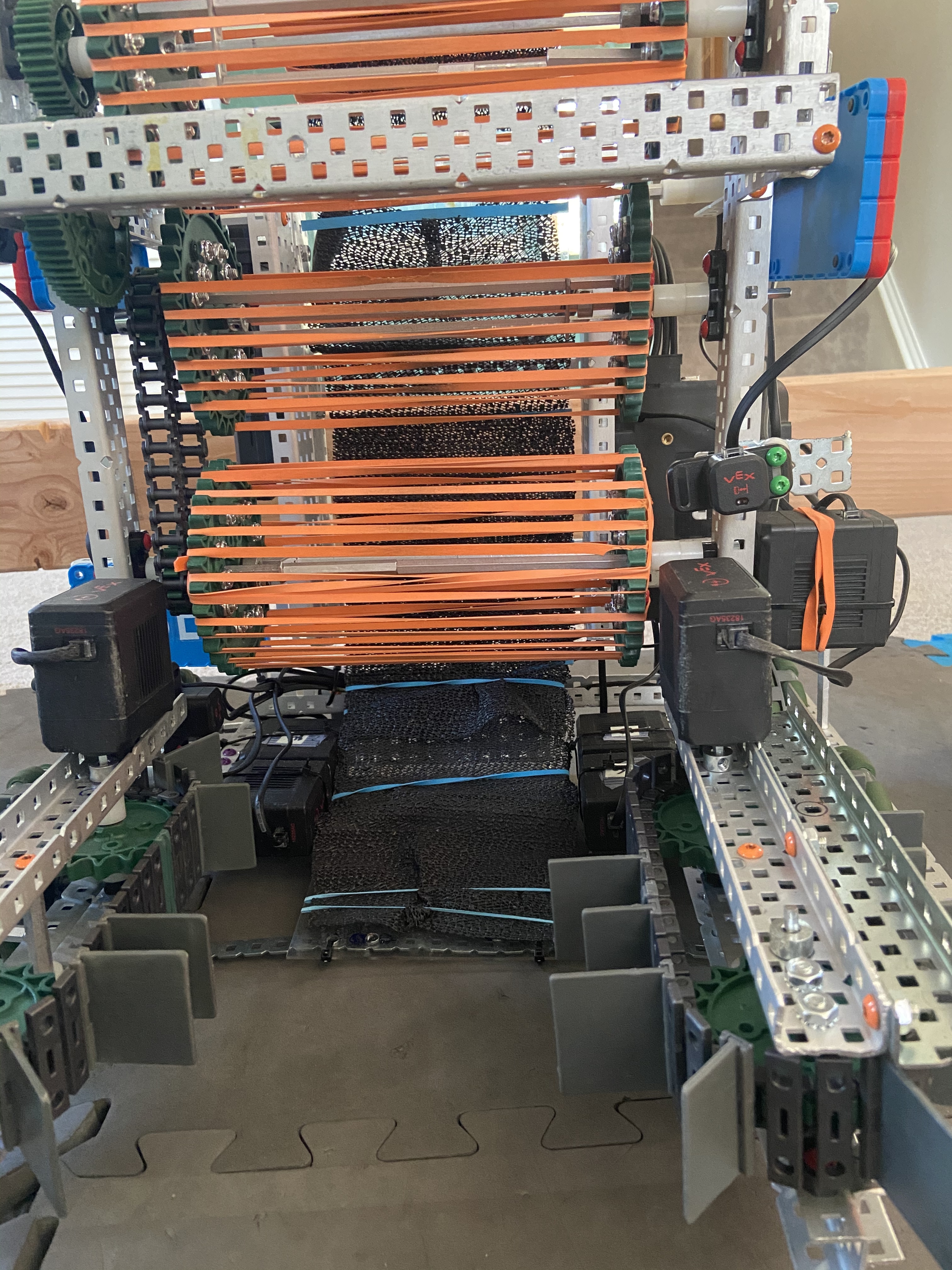 This is a picture of the mount. Also when we view the device in the devices module of the brain, it is detecting the right values unlike in autonomous code